Staff members at the Department of Chemical Engineering have won six President's Awards this year for excellence in education and research.

[Article written by Dora Olah an Undergraduate student in the Department.]

Each year President’s Awards are presented to those who have made outstanding contributions to either Education or Research. Following nominations made by staff and students across nine categories, a selection panel led by the Vice Provosts in Education and Research selected thirty nine members of staff and three research groups as winners of the 2016 President’s Awards – with particularly exceptional contributions being awarded with President’s Medals.

According to the official description, Awards in Education “recognise staff who have made outstanding contributions in teaching, pastoral care, research supervision and supporting the student experience” while Awards in Research “recognise excellence in innovation and entrepreneurship, engagement and partnerships, and research support, as well as awards for an outstanding research team and early career researcher.”

Members of our department received six Awards this year (among which there are two Medallists). Many congratulations to them all! 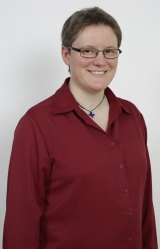 Susi Underwood has been working as a Postgraduate Administrator at our Department for over ten years. She said “Imperial is not just a job for me, I love what I do. I help out on moving in weekend each year. Everyone in my office thinks I’m mad but it’s really my favourite weekend of the year seeing all the new students begin their journeys at the College.” She likes to be involved in everything from the PhD symposium through the Imperial Festival to the choir. “Winning a President’s Medal is great. I saw the student nominations for it and it’s really nice to be recognised for what you do” Susi said. Below you can read one of the nominations she received:

“We believe that Susi deserves the award because of her tremendous help to all the students. She will always make time and is always approachable in person and through e-mail. Regardless of any administrative, or even personal, problems, we would finally reach the point where we’d say “You should ask Susi, she can help you”. She then comes back with good ideas how to tackle any issue, whilst being really patient and helpful at the same time. Furthermore, we appreciate deeply how passionate she is about her work and anything dealing with Chemical Engineering and Imperial College.” (Chemical Engineering PhD students) The primary focus of the 3-year-long UNIHEAT project was to improve energy efficiency in oil refining. However, the truly unique feature of the project was not solely its scientific success, but the way they reached the final stage. Instead of going through the traditional linear way of research, development, commercialisation and sale; the UNIHEAT project used a brand new approach. Firstly, rather than addressing one problem at a time, they tackled problems parallel to each other. Also, they worked closely with the industry to get real-time feedback on the ongoing research. Essentially the project integrated research, knowledge transfer and technology transfer. UNIHEAT was a highly successful collaboration between several research and industrial partners. Nine academics from the Department of Chemical Engineering (Imperial College London) working with colleagues at Imperial Consultants (ICON) and Imperial Innovations, collaborated with researchers from the Boreskov Institute of Catalysis (Novosibirsk, Russia) with funding from the Skolkovo Foundation and BP. 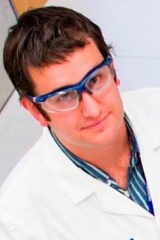 Dr Macdonald is the Senior Programme Manager at the Qatar Carbonate and Carbon Storage Research Centre. He has worked at Imperial since 2009, being responsible for the corporate relations management as well as the technical, financial and operational reporting of the QCCSRC programme. QCCSRC is a 10-year, $70 million strategic collaboration between Imperial College London, Qatar Petroleum, Shell and the Qatar Science and Technology Park, part of Qatar Foundation. 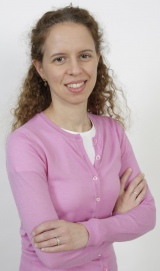 Dr Kontoravdi first joined the department as an undergraduate student (1998-2002) and has been a member of the academic staff since 2007. Her research interests are in the application of systems engineering principles to bioprocessing within the area of biotechnology. She is also a member of the Centre for Process Systems Engineering. 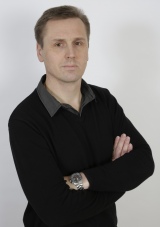 Dr Brechtelsbauer is the Principal Teaching Fellow in the Department. He joined the Department in 2010 as Head of the Teaching Laboratories and the Pilot Plant, and is also responsible for being the Team Leader of the Department’s Teaching Fellows. He is the Facilitator for the Final Year Design Project and teaches courses in Pharmaceutical Process Development and Reaction Engineering.  He received a Senior Fellowship of the Higher Education Academy in 2015. 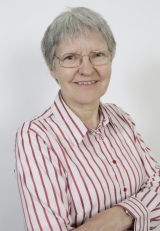 Professor Thornhill has been the Director of Undergraduate Studies in the Department since 2013. She is also a Professor of Process Automation, her teaching responsibilities include the second year Process Dynamics and Control course. She receives the President’s Award as a member of the Control and Power Research Group (part of the Department of Electrical and Electronic Engineering).

On behalf of the Department we would like to offer our warmest congratulations to all of the winners. The Department would not be one of the best Chemical Engineering institutions in the world without our great team of academic and support staff, and we are very proud of the achievements of each and every one of our members.

Article written by Dora Olah an Undergraduate student in the Department.