Imperial returns to the Royal Society's 2016 Summer Science Exhibition, where some of the UK's most exciting science and technology will be on show.

The Royal Society Summer Science Exhibition is a free annual event for visitors of all ages to meet working researchers and take part in hands on activities.

This year, Imperial research will again be represented across a number of exhibits at which visitors can virtually pollute our oceans with plastic and watch it spread around the seven seas, take a phone call from the Big Bang, smell a comet or enjoy a spider silk violin concerto.

As researchers make their final preparations, James Romero caught up with some of them to find out what they have in store.

Waste plastic is everywhere in the ocean and it is harmful to marine wildlife. It is a problem that has hit the headlines regularly in recent years but without really focusing on the full issue and with little discussion of solutions says the Grantham Institute’s Dr Erik Van Sebille, who is leading the Plastic not fantastic in our oceans exhibit.

“Many people have heard about the vast areas where the plastic accumulates in the middle of the ocean, and the pictures of these are truly shocking. But whilst plastic anywhere in the ocean is a concern, it's important that people know that the plastic near coastlines causes the most harm and this is where we should be focusing our attention first. From seabirds caught in loops of plastic packaging to polystyrene particles blocking the digestive systems of fish, plastic causes a continuous path of destruction from surface to seafloor.” 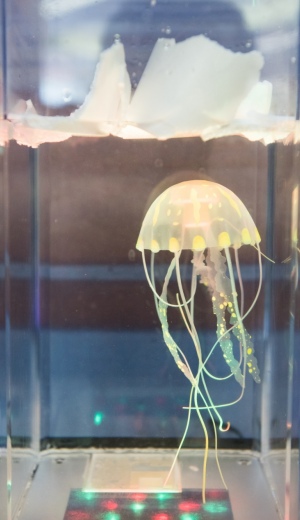 At Dr Van Sebille's exhibit, visitors will drop digital plastic into a virtual ocean and explore how it rides the currents using the PlasticAdrift interactive web tool, before seeing how something as innocuous as a fizzy drink bottle can produce millions of tiny particles capable of causing damage to marine ecosystems.

However, for Dr Van Sebille, it is the discussions around potential solutions he is most looking forward to.

“There is no silver bullet to solve the plastic problem,” he adds. “Although there are a range of existing ideas for socio-economic, chemical, and engineering solutions that could already be brought in. What will be really interesting for our research is which of these the public think are most viable, important or worthwhile. Perhaps they can come up with something truly original and amazing? Let’s hope so, because we need solutions fast.”

Readers can submit their ideas on social media using #Plasticnotfantastic or Plastic not fantastic in our oceans Facebook page.

What happened at the Big Bang?

Another stand brings together UK members of the ESA Planck space mission which launched in 2009 to observe the cosmic microwave background (CMB). The Imperial team, led by Dr Dave Clements and Professor Andrew Jaffe, has been involved in calibrating the data received from the satellite against the orientation and resolution of the detectors to increase its reliability, before using this data to study both nearby and distant galaxies. 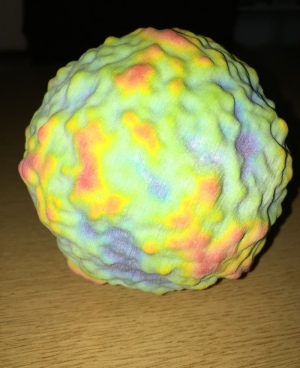 At their What happened at the Big Bang? stand visitors will be able to hear what the start of the universe sounded like through a Planck hotline phone, explore the CMB in virtual reality and learn how the Planck team are measuring and interpreting the data to explore the origin and future of the universe.

“It’s always great to give something back and enthuse the next generation about what we’re doing,” says Dr Clements. “We hope that people go away with this amazing idea that everything in the universe grew from the tiny fluctuations we see in the CMB.”

The next Imperial representative at the Exhibition we caught up with is Luca Alessandrini, a postgraduate from the Dyson School of Design Engineering. He will join researchers at Oxford University on Spider webs and silks, a stand looking at how these materials are informing the creation of future biocompatible products.

Spiders’ silk is strong and elastic with unique vibrating properties. Already used in string, Alessandrini is exploiting these resonating properties in musical instruments. Using Golden Orb spiders’ silk sourced from Professor Fritz Vollrath at Oxford University’s Department of Zoology and the Oxford Silk Group, he has developed a composite material for use in violins that could enable customisable acoustics during the manufacturing process. For the exhibition Alessandrini will be bringing down two spider silk violins to showcase these properties, as well as provide a musical accompaniment at one point during the week. 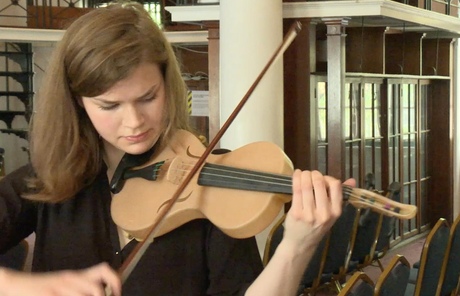 “The Oxford University team have been a great help providing spider silk to experiment with throughout this project,” says Luca. “I feel honoured to talk to the public about my work, and I can’t wait to fill the prestigious, historic rooms of the Royal Society with the sounds of my violins.”

The final stand involving our Imperial researchers will present the latest findings from the European Rosetta space mission that is exploring Comet 67P to find clues to the conditions that existed when Earth and the other planets formed. On their stand A comet revealed: Rosetta and Philae at Comet 67P visitors will get a both a visual and nasal tour of our solar system’s most famous piece of flying ice with virtual reality tours alongside scratch and sniff postcards revealing the comet’s real smell.

Imperial scientists such as Dr Chris Carr built part of Rosetta’s instrument suite that are measuring the ionised gas which surrounds the comet once released by sunlight hitting the surface and how it interacts with the ’solar-wind’ that streams from the sun.

“Ahead of the spacecraft’s final death dive into 67P in September we want to share with the public some of the amazing things we have learnt during the mission,” says Dr Carr. “From discovering what it's made off, including finding some exciting complex organic molecules, to painting a picture of both the comet’s formation and the changes it is going through today that help us to predict its ultimate future.”

The Royal Society Summer Science Exhibition opens to the public on Monday 4 July and runs through to Sunday 10 July. It is held at the Royal Society’s headquarters in central London.

Can’t make it down? Read updates from the teams during their week at the Exhibition on social media, or even ask them questions, by following the hashtag #summerscience

Plastic not fantastic in our oceans: Preview Spider webs and silks: Preview What happened at the Big Bang? Preview

BuzzFeed: How A Ban On Tiny Bits Of Plastic Could Affect Your Beauty Routine