Rosetta is an ESA mission to rendezvous with comet 67P/Churyumov-Gerasimenko. 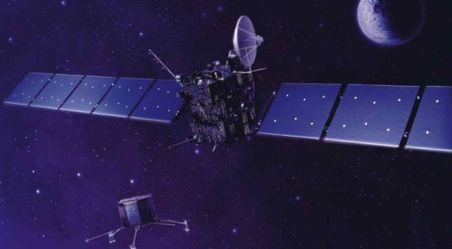 Comets are the most primitive objects in the Solar System. Their material has remained largely unchanged since they condensed out of the pre-solar nebula 4.5 billion years ago. Rosetta will provide a vital insight into the processes which led to the formation of not only comets, but also the planets, our Sun and the rest of the Solar System.

Rosetta arrived at comet 67P/Churyumov–Gerasimenko (C-G) on 6 August 2014 after a 10-year journey around the solar system. It accompanied C-G along its orbit for just over two years observing its evolution as it became more active while approaching the Sun. The Philae lander detached from the Rosetta spacecraft and landed on the comet's surface on 12 November 2014 to carry out in situ studies of the composition and structure of the nucleus material. The mission ended on 30 September 2016 when the Rosetta spacecraft landed on C-G via "an audacious controlled impact".

Find out more about the story of Rosetta at  The Rosetta Homepage at the European Space Agency.

Image above: At the Comet. Image credit: ESA. 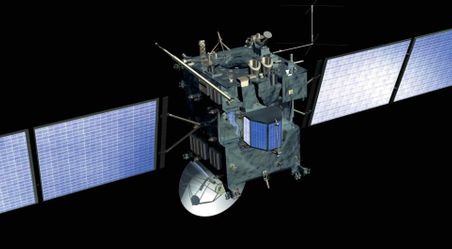 Imperial College is part or the Rosetta Plasma Consortium (RPC), a package of five instruments capable of complementary measurements of the plasma environment around the comet.

Imperial College hosts the RPC Operation Centre which manages the consortium's activity and coordinates the operation of the RPC instruments on Rosetta. 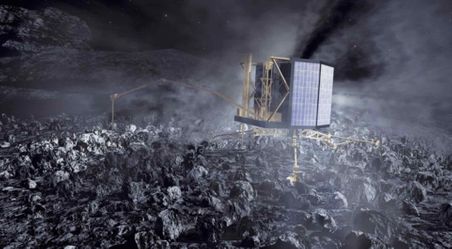