Imperial publishes data on its use of animals in research The majority of animal research at Imperial is with mice

On the day the Home Office releases UK-wide figures, Imperial has published its annual statistics on animal research.

Publication of the figures is part of an ongoing effort to be more open about animal research at the College.

The figures show that 101,179 animal procedures took place at Imperial during 2015. A procedure can be anything from an injection through to surgery. Breeding a genetically modified animal is also counted as a procedure. 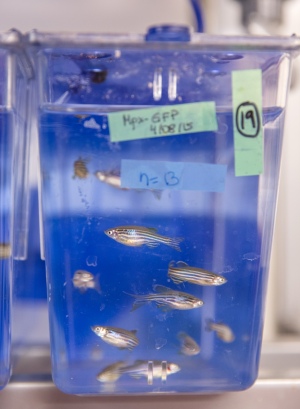 Research using animals underpins much of the College's work on understanding and treating conditions such as cancer, heart disease, infections and serious injuries.

Imperial scientists always look for different methods that can replace animal research or reduce the number of animals involved, and they search for ways to improve their methods to decrease animal suffering. Researchers will only proceed when an alternative cannot be found.

The vast majority of the procedures were with mice (83 per cent), fish (10 per cent) and rats (six per cent). The remainder (less than one per cent) is made up of guinea pigs, rabbits, ferrets and birds.

The total number of animal procedures is lower than in the previous year when there were 111,874, a decline of around 17 per cent.

The numbers are published on Imperial’s animal research website. 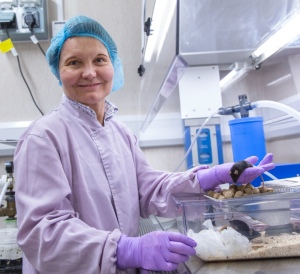 Professor Marina Botto, Director of Bioservices at Imperial said: “At Imperial we have seen a modest decline in the number of animal procedures over the last year. We believe this reflects our commitment to the 3Rs principles – refining animal experiments, reducing the number and replacing animals with alternatives.

“We carry out this research because it enables us to understand diseases and how they can be treated but we are also committed to the highest standard of animal welfare.

“We are publishing our annual figures because we want to be as transparent as possible about this part of our work.”

Imperial was one of the first organisations in the UK to sign up to the Concordat on openness in animal research. Since then the College has improved its communications through public events, lab tours, video, social media and an annual report.