3D printing: Imperial academic talks about advances being made in the field Specially tailored implants and fuel efficient planes are some of the advances being made thanks to 3D printing, explains an Imperial researcher.

Imperial is hosting a conference today where academics, industry and students are exploring the current status and future of 3D printing, which is also known as additive manufacturing. At the conference the College is also launching a new forum called the Additive Manufacturing Network (AMN), which will harness the collective power of research going on in the field at Imperial.

Colin Smith caught up with AMN co-lead Dr Billy Wu, who is from the Dyson School of Design Engineering at Imperial. He spoke about the latest global advances in the field such as 3D printed seat belts that are saving an airline millions of Euros.

What is additive manufacturing?

How does it work?

Conventional 3D printers were developed that used plastic filament, which is melted through a computer guided nozzle to create an object or component layer upon layer. However, advances in the technology mean that new types of material including metals, ceramics and composites can be used to create much more complex and durable components.

How has this advance widened its use? 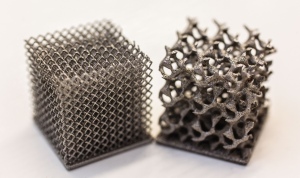 Additive manufacturing started out being used by companies that develop prototypes as part of the product development process. Now, it is being used more widely, especially in the medical and aerospace industries. For instance, medical manufacturers can now create implants for hips from scratch that are tailored to the specific needs of each patient.

The aerospace industry is coming up with components that have a 3D printed lattice structure. This makes them lighter and stronger than conventional solid components. A lighter plane means that it is more fuel efficient.

What are the current drawbacks with the technology?

Currently, the cost and speed of an additively manufactured part cannot compete against a mass produced item. Also, imperfections in the manufacturing process can result in quality issues in the 3D part. Much of the academic research is looking to address these challenges.

What are some of the major benefits of the technology?

It reduces the time to develop a component and enables more complex shapes to be created. It also reduces the need for a number of tools to create components and the space needed to store them, as products can be printed when required.

Can you give me an example of how a company has used 3D printing to improve their processes?

Airbus’s A350 has more than 1,000 parts made by additive manufacturing techniques. This is only envisaged by engineers to increase. The ability to rapidly make components reduces product development time, which can be many years for a plane. Already, the technology has enabled designers to improve the structure of planes, reducing the weight of components without compromising on the performance of the device. For instance, by swapping a conventional steel seatbelt buckle, weighing 155 grams, with a titanium 3D printed part, which weighs 70 grams, it is expected to save 3.3 million litres of fuel or two million Euros in maintenance costs over the lifetime of an A350. Thanks to 3D printing, what seems like a minor change can have a mammoth impact on a plane’s performance.

Where to next for 3D printing?

The range of materials used in the additive manufacturing process is only set to increase. With further advances in the technology we could see entire buildings being printed, or new types of 3D printed electronics or even 3D printed human organs that are more compatible with the body, reducing the risk of rejection.

Five reasons to sit up and take notice of 3D printing

In the UK, more than 40 per cent of teeth implants are now being made using 3D printing techniques.

In 2015, the 3D printing manufacturing market was worth an estimated $5.9 billion.

In industry, creating components using 3D printers, instead of the conventional injection moulding processes, can cut down the manufacturing times by 43 per cent.

In the UK, 3D printed hip implants cost 35 per cent less to make than conventional ones.

An A350 Airbus aeroplane, consisting of over 1000 3D printed components, is seven per cent lighter than conventional planes.