A new parliamentary report has given researchers working on CCS at Imperial College London hope for the future of the technology in the UK.

The Parliamentary Advisory Group on Carbon Capture and Storage (CCS) has released its latest report Lowest Cost Decarbonisation for the UK: The Critical Role of CCS. Led by Lord Ron Oxburgh the document lays out the potential contribution of CCS in helping the UK reduce its carbon emissions.

The report was prepared for the new Department of Business, Energy and Industrial Strategy and many researchers working at Imperial College London hope it will see renewed government interest and support following last November’s announcement that the £1bn Carbon Capture and Storage Competition had been cancelled.

The main conclusion of the document is that CCS is essential in driving decarbonisation, is the lowest cost solution and that action is needed urgently. It goes on to lay out six recommendations for next steps for the UK Government emphasising there is no reason to delay the necessary decisions and policies.

Imperial College London is a world leader in CCS hosting many projects like the $70m QCCSRC programme, the EPSRC-funded MESMERISE-CCS and the Carbon Capture Pilot Plant training facility. The report has renewed optimism at the College that this expertise and knowledge will now be used here in the UK.

Here we have collected together the opinions of some of the leading academics working in the area at the College.

Dr Iain Macdonald the Head of the Imperial College Centre for Carbon Capture and Storage has also written a blog post for the Grantham Institute on the importance of the technology and why there’s still time for the UK to lead the world on CCS. 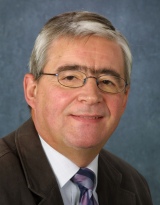 "The report indicates unequivocally that CCS for both power and heat supply is essential if the UK is to meet its carbon emission budgets up to 2050 whilst meeting projected energy demand into the second half of this century. It also highlights that the costs to UK consumers of delaying large-scale introduction of CCS are major. CCS is clearly the lowest-cost option for decarbonisation of the UK energy market.

"I think it is important to note that the use of CCS will not slow down the introduction of renewable energies or the drive to increase energy savings and efficiencies, CCS will provide the lowest cost option for large-scale supply of decarbonised power and heat during the so-called 'energy transition'.

"What the government needs to take away is that further delay is costing the consumer money; the state will need to play an increased role in managing storage risk; some form of economic regulation is needed to ensure the lowest cost of capital and a full-chain, integrated systems approach needs to be taken to projects and infrastructure.

"An unfortunate consequence of the cancellation of the CCS competition late last year was the erosion of confidence for the private sector to invest in large-scale CCS projects in the UK. The report rightly recognises the need for assurances and incentives that provide confidence of long-term stability and return on investments.

"Lord Oxburgh and his colleagues are to be commended for setting out concisely the business case for the UK adopting CCS without delay and for laying out a clear set of mechanisms and timetable for creating the necessary infrastructure and incentivised environment to make this happen.  Perhaps from the ashes of not one, but two, ill-fated competitions can come a realisation of the crucial role CCS has to play in providing the UK with affordable decarbonised power and heat and a realistic pathway of introducing this in the timely fashion that is essential." 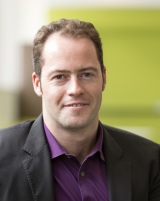 "This report, like many before from the IPCCS, IEA, the ETI and others, demonstrates that CCS technologies are an integral element of any least-cost portfolio to combat climate change. Importantly, this technology can be used to decarbonise many areas including the heat, power and industrial sectors.

"CCS technologies provide value to the energy system in its flexible and dispatchable nature– in other words, it can 'get out of the way' of renewable power.

"It is becoming increasingly clear that there is no one 'winning' technology, and that a combination of ways of producing heat and power will be required. I think that only a combination of renewable power and CCS will deliver truly low carbon electricity, consistent with meeting the climate change target laid out at the COP in December of 2015. This report could be an important step in creating a sustainable future power sector for the UK." 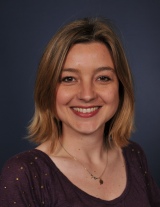 "The key findings of this report highlight that there are no technological or engineering barriers to the development of CCS and although cost is an initial barrier it will decrease over time. This in line with the findings of our recent white paper, Can technology unlock unburnable carbon?

"I believe that CCS is vitally important because it is currently one of the very few viable technologies and the only one able to generate negative emissions. This report is definitely promising and can only hope the government takes the findings seriously."

"It’s encouraging to see a range of constructive suggestions on how to kick-start CCS development in this new report to the UK Government. For me the key message here is that there is no justification for delay. I think this is true both in the UK and globally.

"Our recent analysis for the Government-funded AVOIDing dangerous climate change research programme showed that globally we should deploy hundreds of CCS power plants in the coming decades, if we are to stay below 2°C at the lowest cost. In addition, our analysis suggests that carbon-intensive manufacturing sectors such as iron, steel and cement need CCS if they are to decarbonise.

"Perhaps most importantly, the ambitious goal of the 2015 Paris Agreement to achieve greenhouse gas emissions neutrality means significant deployment of negative emissions technologies.The evidence suggests that bioenergy with CCS to generate power and heat is likely to be the most cost-effective and technically feasible way of doing this at scale. In short, if we’re serious about decarbonising our society, we need to be serious about CCS."