Eight Imperial researchers have been elected to the Fellowship of the Academy of Medical Sciences.

The Academy honours elected Fellows for their contribution to biomedical and health research and its benefits to society.

Professor Gavin Screaton, Dean of the Faculty of Medicine, said: “Imperial is deeply proud of each and every one of our Fellows of the Academy of Medical Sciences and their achievements. I am delighted that eight of my outstanding colleagues have been elected to join their number this year. This is a fitting testament to their commitment and great achievements, and demonstrates the quality of the medical scientific community gathered here at Imperial today. I congratulate every one of them on their well-deserved award.” 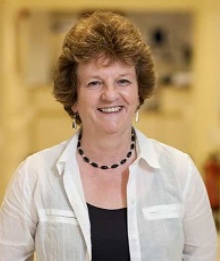 Professor Jane Apperley is Chair of Imperial’s Centre for Haematology and consultant haematologist at Imperial College Healthcare NHS Trust. Her research focuses on the biology and management of blood cancers such as chronic myeloid leukaemia, in particular the response to new targeted drug therapies, and on the role of stem cell transplantation in blood cancers.

Professor Apperley said: “I am pleased to be elected to the Fellowship of the Academy of Medical Sciences, an honour that reflects the work of our entire team over many years. I welcome the opportunity to contribute to the future of academic medicine in general, and academic haematology in particular, in the UK.” 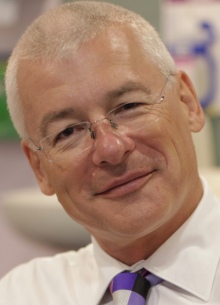 Phillip Bennett is Director of the Institute of Reproductive and Developmental Biology and Professor of Obstetrics and Gynaecology at Imperial. His research focuses on the biology of pregnancy, labour and childbirth, and the prediction and prevention of miscarriage and preterm birth.

Professor Bennett said: “I am delighted, honoured, and slightly stunned to be elected to the Fellowship of the Academy of Medical Sciences. It is a tribute to my fantastic research and clinical teams, and to all of the scientists and clinician researchers who I have had the pleasure of working with at Imperial over the past three decades. I would also like to thank our many long-term funders, in particular Action Medical Research, Genesis Research Trust and Tommy’s. I look forward to working with other Fellows and using the connections formed by The Academy between academia, industry and the NHS to ensure that everybody gets the best start in life." 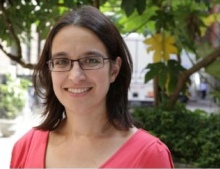 Azra Ghani is Professor of Infectious Disease Epidemiology in the MRC Centre for Outbreak Analysis & Modelling at Imperial, where she heads the malaria modelling research group. Her group’s research takes a biological approach to constructing models to better understand the transmission dynamics of malaria. From a public health perspective, the models are used to inform policies on how, where and when to implement different interventions against malaria to aid local elimination efforts. She is currently a member of the WHO Malaria Policy Advisory Committee and also acts as a policy advisor for the international charity ‘Malaria No More’.

Professor Ghani said: “I am honoured to be elected by the Academy. This recognises the many years of work undertaken by students, postdocs and fellow academics and also the fruitful collaborations with my external colleagues across the world.” 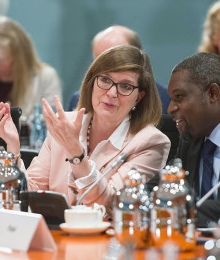 Alison Holmes is Professor of Infectious Diseases at Imperial’s Department of Medicine, Director of Infection Prevention and Control (DIPC), and Associate Medical Director for Imperial College Healthcare NHS Trust. Her research focuses on the transmission, cure, and prevention of infectious diseases, and developing initiatives to combat antimicrobial resistance. Professor Holmes leads Imperial’s Antimicrobial Research Collaborative (ARC@Imperial), which brings together more than 100 academic experts from across the College to address the threat of antimicrobial resistance.

Professor Holmes said: “It is an amazing honour to have been elected. I’m delighted that the strength and the increasing importance of the work of our group has been recognised. We have such outstanding PhD students, post docs, Fellows, administrators and clinical colleagues as well as superb, committed national and international collaborators.” 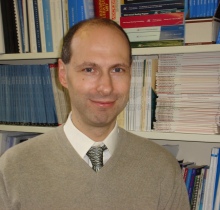 Michael Seckl is Professor of Molecular Cancer Medicine at Imperial’s Department of Surgery and Cancer. He is also the director of the national Gestational Trophoblastic Disease Service - an area he leads in internationally. Among his many achievements, Professor Seckl has established a new national service for treating a rare type of ovarian cancer. His research currently focuses on preventing resistance to existing therapies for lung cancer.

Professor Seckl said: “It is an incredible honour to become a Fellow of the Academy and I hope I will be able to use this to champion further progress towards curing rare female cancers across the globe.” 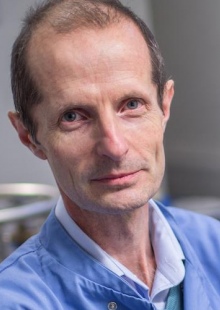 Professor Robin Shattock is Chair in Mucosal Infection & Immunity at Imperial’s Department of Medicine. His research focuses on the mechanisms of infection for diseases such as HIV, as well as developing new preventative measures for the developing world.

Professor Shattock said: “I am delighted to receive this honour from the Academy. This election reflects the hard work and dedication of past and present members of my lab and that of the many generous collaborators I’ve been fortunate enough to work with. I look forward to joining other Fellows in promoting research for the improvement of UK and global health.” 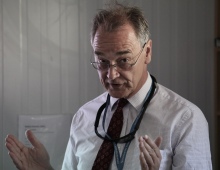 Robert J Wilkinson is Wellcome Trust Senior Fellow and Professor of Infectious Diseases at Imperial, and Senior Group Leader at The Francis Crick Institute London, of which Imperial is a founding partner. He is also Honorary Professor and Director at the Wellcome Centre for Infectious Diseases Research in Africa, University of Cape Town. Professor Wilkinson’s research focuses on preventing and treating combined HIV and TB infection, particularly in South Africa.

Professor Wilkinson said: “It is very gratifying that the research of a person based in a hard-pressed middle income country has been recognised as significant in this way. The credit must be shared with innumerable people with whom I have worked over the years and to whom I am very grateful.” 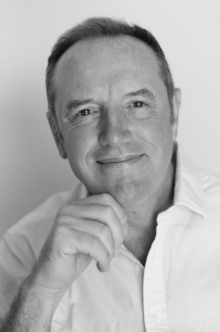 Professor Tom Williams is Chair in Haemoglobinopathy Research at Imperial, a Wellcome Trust Senior Fellow in Clinical Science, and Head of Epidemiology at the KEMRI-Wellcome Trust Research Programme in Kilifi, Kenya. His work focuses on the health consequences of a range of genetic disorders, particularly those affecting red blood cells, such as sickle cell disease.

Professor Williams said: “It is a great honour to have been elected as a Fellow of the Academy. Far from being a solo achievement, this reflects the fantastic support that I have received from my dedicated teams and wonderful colleagues over very many years.”

Praise from the Academy

Professor Sir Robert Lechler, President of the Academy of Medical Sciences, said: “As we elect new Fellows each year, the Academy continues to grow as a unique and productive hub of the best minds in UK medical science. Our expanding and evolving Fellowship allows the Academy to play a vital role in tackling the major health challenges facing society today and in the future.”

“The election of these 46 exceptional biomedical and health researchers is a well-deserved honour. Each newly elected Fellow has made an outstanding impact in the community, contributing to the development of better healthcare - from fundamental scientific understanding to the prevention, diagnosis and treatment of disease. I am delighted to welcome them to the Academy and greatly look forward to working with them all in the future,” he added.