How to protect Earth from asteroid impacts will be the topic of a panel discussion at Imperial, held as part of an international awareness day.

Asteroid Day is a UN sanctioned global day of education to raise awareness about asteroids and in particular how we can protect Earth from asteroid impacts.

Asteroids are rocky objects, left over from the formation of planets in our solar system. Like planets, asteroids orbit the Sun, but most are contained in the asteroid belt between Jupiter and Mars.

Imperial’s Department of Physics is hosting a series of lectures and panel discussions, organised by the Asteroid Day 2017 team, to raise awareness about asteroids. 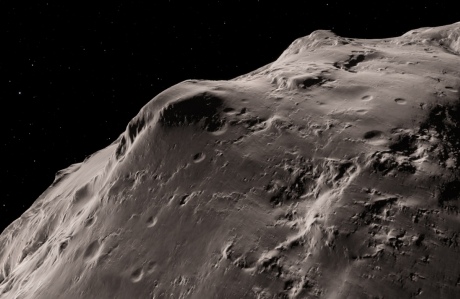 A range of speakers from across the UK are coming to Imperial to discuss the risks that asteroids pose to Earth and how those risks can be neutralised through increased observation and the use of technology. Dr Helen Sharman, who was the first Briton in space, from the Department of Chemistry, will be the Imperial representative on the panel.

The Earth is hit by around 100 tonnes of meteorites a day and there are around a million asteroids that scientists haven’t identified, which may pose a future threat.

No cause for undue alarm

Dr Gareth Collins’ research focuses on an ancient asteroid impact that wiped out the dinosaurs and understanding the environmental consequences of asteroid impacts on Earth. Dr Collins who is from Imperial’s Department of Earth Science and Engineering says current estimates place the average expected fatalities from asteroid impacts at 10-100 per year. However, he stresses there shouldn’t be a cause of undue alarm. 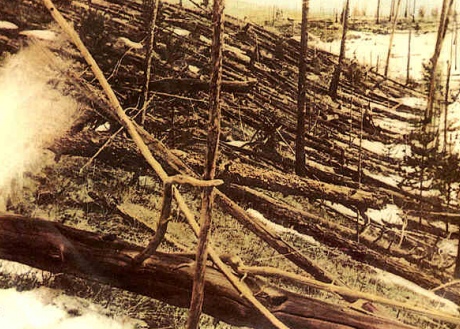 The Tunguska impact flattened 2,000 square kilometres of forest in the region

Dr Collins explains: “This simple statistic does not tell the full story, because asteroid impacts are an extreme example of a low-probability, high-consequence natural hazard. This is because they are both rare and, in most cases, affect only a localised area. Among these events, the vast majority would strike in a remote or unpopulated area and affect no-one with only a tiny minority striking over a population centre and affecting large numbers.”

An example of a remote hit is one that happened in Russia in 1908. An approximately 40 metre wide asteroid exploded in Earth’s atmosphere over the sparsely populated Eastern Siberian Taiga region, flattening 2,000 square kilometre of forest in the region. There were no known human casualties. 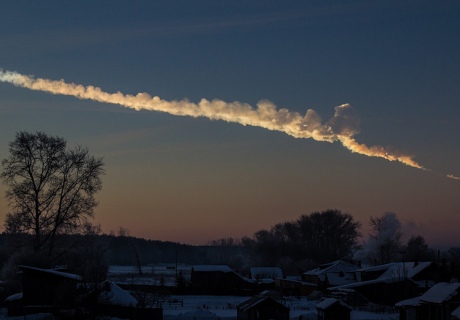 However in 2015, an asteroid 20-metres in size hit the atmosphere over the densely populated Chelyabinsk region in Russia, generating a brilliant “fireball” and a strong blastwave in the air. No one died, but many people were injured by broken glass caused by the blast wave, having been drawn to windows by the bright light to take photos and watch the spectacle. Some 7,200 buildings in six cities across the region were damaged by the explosion's shock wave.

Dr Dave Clements from Imperial’s Department of Physics is part of the Imperial team supporting the event He looks at the role that dust plays in galaxy formation and evolution, across the entire age of the universe.

Dr Clements said: “These types of impacts are rare. However, the Chelyabinsk event shines a light on the fact that more work needs to be done to raise awareness in communities about the potential consequences to humans of these blast impacts. That is why Asteroid Day is important for encouraging discussion on the issue. We hope that more dialogue will ultimately lead to better preparedness in the future.”

Asteroids are also a useful source of scientific information. Imperial is a major centre of research in relation to asteroids and how they can help us to understand our solar system and the universe.

For instance, the astrophysics group in the Department of Physics study zodiacal dust, which is the debris left behind by collisions between asteroids and left over from comet trails, to learn more about our solar system.

Another example involves researchers from the Department of Earth Science and Engineering who are studying the Chicxulub asteroid impact. This occurred around 66 million years ago. It is the only known asteroid impact to have caused a mass extinction on Earth and wiped out most life including the non-avian dinosaurs.

Imperial researchers from the Department of Earth Science and Engineering are also studying fragments of asteroids that hit Earth. They discovered that some meteorites can also deliver the building blocks of life to our planet in the form of ribonucleic acid (RNA), a nucleic acid present in all living cells whose principal role is to act as a messenger carrying instructions from DNA for controlling the synthesis of proteins.

Find out how to spot your own shooting stars and learn what to do if you come across a meteorite on your travels. Also, estimate the environmental effects of an asteroid impact on Earth.

A solid body made of ice, rock, dust and frozen gases. As they fracture and disintegrate, some comets leave a trail of solid debris.

An annual event, when the Earth passes through a region having a great concentration of debris, such as particles left by comets.

A fragment of a meteoroid or an asteroid that survives passage through the atmosphere and hits the ground.

Newsweek: &quot;HAPPY ASTEROID DAY! SIMULATOR LETS YOU CREATE COLLISION WITH EARTH TO SEE WHAT WOULD HAPPEN&quot;