Imperial College London has been awarded £5 million in funding as part of a UK drive to tackle global health challenges.

Researchers from across the College will support a number of UK universities and global partners on projects as diverse as bringing solar power to rural communities in India and developing biopharmaceuticals in Thailand.

The work is funded by Research Councils UK as part of the Global Challenges Research Fund (GCRF), a £1.5 billion fund launched by the UK government in 2015. The fund aims to support cutting-edge research which addresses the global issues faced by developing countries in areas including agriculture, medicine, well-being and infrastructure.

As part of the latest funding announcement, a total of 27 projects will receive a share of £225 million over four years under the RCUK’s ‘Growing Research Capability’ initiative.

Researchers from Imperial’s Faculty of Medicine and Faculty of Natural Sciences will support partners leading six of these new projects, which include improving healthcare in low and middle income countries in Africa and improving health in war zones and refugee camps.

As part of one project, called ‘Thanzi la Onse’ (Health of All) and led by the University of York, researchers from Imperial’s School of Public Health will develop epidemiological models which they hope will ultimately inform decision-makers in Malawi on national health care budgets and in allocating resources. Imperial’s Professor Tim Hallett will lead the modelling with Professor Andrew Phillips at University College London. The team aims to explore ways to improve the health of the population in Malawi, as well as reducing health inequality in low and middle income countries.

Among the health projects is a collaboration targeting diabetic eye disease. Pictured is a retinal scan of a patient with diabetic retinopathy (Community Eye Health/Flickr)

The GCRF funding will also enable Imperial Professors Azeem Majeed, Toby Prevost and Mala Rao to investigate low cost technologies for screening for diabetic eye disease, a leading cause of blindness in India, in partnership with clinicians from Moorfield’s Eye Hospital in London. Professor Mala Rao, who is leading Imperial’s contribution to the project, said: “This award offers a very exciting opportunity for us to work together to transform the lives of people with diabetes and diabetic eye disease in particular, not only in India but worldwide, and to reduce the costs of diabetic eye screening in the NHS. We are thankful for this amazing chance to make a difference.”

The SENTINEL (Social and Environmental Trade-offs in African Agriculture) project, led by the International Institute for Environment and Development, will investigate how poor and middle-income African countries can achieve development goals that are truly sustainable. For example, rising demands for food mean that there is a real challenge in cutting hunger rates to zero whilst also keeping ecosystems healthy and productive.

Dr Joseph Tobias from the Department of Life Sciences at Imperial will study the complex relationships between development goals, and help close the gap between governments, development agencies and private firms trying to implement plans on the ground. Dr Tobias said: "Increased food production is an urgent priority in Africa, and this project will help to ensure that African nations are equipped to follow agricultural development pathways that benefit people without destroying their natural environment.”

Bypassing fossil fuels and going direct to solar power is the dream for India’s Prime Minister, Narendra Modi. The SUNRISE project, led by the University of Swansea, will bring together UK and Indian solar power experts to make this a reality. This includes Imperial Department of Chemistry’s Professor James Durrant, and colleagues from Imperial’s Centre for Plastic Electronics who are experts in cheap, printable solar panels which the team hope could be manufactured locally, kick-starting local industries. 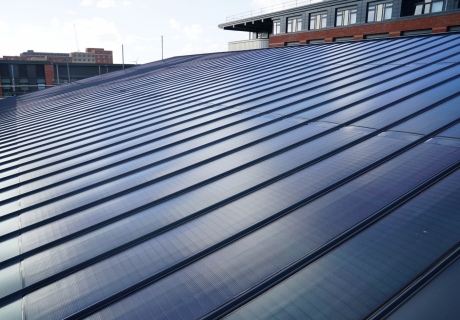 The Research For Health in Conflict (R4HC)–Middle East and North Africa (MENA) partnership wants to find new ways to deliver care for communicable and non-communicable diseases to war zones and refugee camps. Imperial’s Dr Kalipso Chalkidou and colleagues will work with research organisations across MENA to find new ways to gather health intelligence in conflict, and are hoping to help countries like Jordan, Lebanon and the Occupied Palestinian Territories.

Funding will also be used to help produce vaccines and medicines for humans and animals in Thailand by using biotechnology. This will involve programming bacterial and mammalian cells to make proteins that form the basis of new biopharmaceuticals. The goal of this GCRF project is to allow UK and Thai experts to work together, including Imperial’s Dr Stuart Haslam and Professor Anne Dell.

Full details of the 27 GCRF-funded projects are available on the Research Councils UK website.