Imperial is celebrating the election of two more of its academics to the Fellowship of the Royal Academy of Engineering (RA Eng).

I'd like to use this role to push forward the profile of robotics and computer vision in the UK, and to help and mentor younger engineers in our discipline as we continue to build this important technology.

They were among fifty new fellows formally admitted to the Academy at its Annual General Meeting on Monday.

Professor James Stirling, Provost of Imperial, said: "My sincere congratulations to our new Fellows. It is hard to underestimate the pivotal role engineering and applied sciences play in our daily lives. From the smart phones that we use every day to the medical devices that underpin our healthcare and the technology that propels astronauts into space, engineering both makes our modern world function smoothly and has the potential to significantly improve our quality of life. This honour recognises the extraordinary work of Andrew and Spencer who have spent their careers at the forefront of their fields and whose work is really making a difference. It is a proud moment for our community at Imperial.

Becoming a Fellow of The Royal Academy of Engineering is one of the highest honours that an engineer can receive in the UK. It recognises outstanding and continuing contributions to the profession.

The new elections take the number of Imperial Fellows of the RA Eng to 86.

Professor Nigel Brandon, Dean-Elect of the Faculty of Engineering, said: “Becoming a Fellow is the icing on the cake of any engineer’s career. It is formal recognition for the important strides that these researchers have made in their respective fields. I speak on behalf of our engineering community when I say well done to Spencer and Andrew for this well-deserved acknowledgement.”

Professor Davison leads the £5 million Dyson Robotics Lab at the College, along with Dr Stefan Leutenegger. Professor Davison and his team are leaders in the field of real-time 3D computer vision. His technology enables robots to negotiate complex home environments. It is having a major impact on the robotics industry.

Professor Davison has worked for over ten years with Dyson to design the core simultaneous localisation and mapping (SLAM) algorithms that are at the heart of the company’s first robotic product, the Dyson 360 Eye, on sale around the world in 2016. The SLAM technology enables the robotic vacuum to visualise and make sense of the environment it is operating in.

Professor Davison said: “It is a great honour to be recognised alongside engineers from many different disciplines. I'd like to use this role to push forward the profile of robotics and computer vision in the UK, and to help and mentor younger engineers in our discipline as we continue to build this important technology.”

Professor Sherwin is the McLaren Racing/Royal Academy of Engineering Research Chair in the Department of Aeronautics. 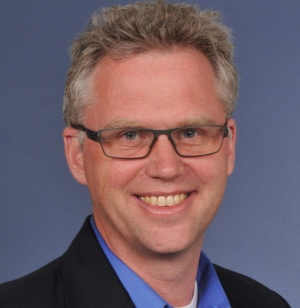 Professor Sherwin is a world leading expert in the development and application of advanced modelling methods known as “spectral/hp element methods” which his team has made widely available through the open source package, Nektar++.   These methods enable researchers to more accurately simulate fluid dynamics, which is the study of flow and their forces in fluids.

The spectral/hp element code, Nektar++, is being applied to a range of problems in unsteady fluid dynamics, including understanding the role of blood flow in arterial diseases such as atherosclerosis. His work is modelling water flow past bluff bodies such as bridges and offshore oil platforms, as well as improving the design of Formula One cars.

Professor Sherwin said: “I am delighted to receive this significant honour both for myself and the team which has supported me for so many years. Our technology has a range of potential applications and we are excited about continuing to make it more widely available to help explore new research fields.”