The Imperial community is set to celebrate the 125th birthday of the Queen's Tower - an emblem of the College's excellence in research and learning.

This week marks the 125th anniversary of the ‘topping out’ of the Queen’s Tower. The five-day celebration will give staff, students and the wider Imperial community the chance to learn about the history and significance of the late-19th century building.

From facts about the 10 bells housed within the copper covered dome, to anecdotes about its presence in culture, information about the tower will be shared throughout the week. For facts, stories and photos all this week, follow #QueensTower125 on social media.

The commemorative activities will culminate on Friday 17 November – the exact date one-and-a-quarter centuries after the last stone was set atop the Queen’s Tower – when tours will be led inside the 287-foot structure.

Standing proud: A bit of history

The Queen’s Tower is the last remaining part of the Imperial Institute ­– one of the institutions which would come to form what today is Imperial College London – which was originally built in 1887 to mark Queen Victoria’s Golden Jubilee. 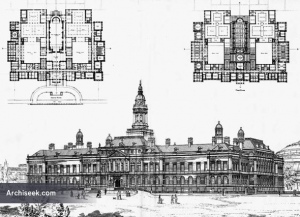 A rejected design for the Queen's Tower

In all, 66 architects submitted designs for the Institute, with the winning neo-renaissance style design belonging to Thomas Edward Collcutt. It was built to house a library, conference rooms and exhibition galleries with gardens at the rear. In 1892, when the tower was topped out, 10 bells were installed in its belfry. Known collectively as the Alexandra Peal, the bells were donated by Mrs Elizabeth M. Millar of Melbourne, Australia.

The tower was originally the central of three towers connected in a 700-foot-long building. In the 1960s, 80 years after the original Institute building was erected, the decision was made to partially demolish the Imperial Institute to make way for the expansion of Imperial College. Due to opposition from some major cultural organisations of the day, it was agreed that the central tower would remain standing. 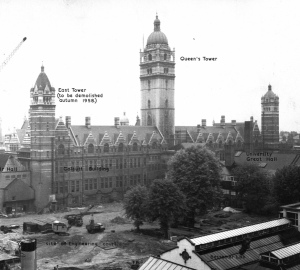 Imperial civil engineers were consulted during the demolition – most notably Professor Sir Alec Skempton – to advise on the best ways to stabilise the tower when its surrounding buildings were taken down.

Today, the Queen’s Tower is owned by Imperial College London, and has become the most recognisable architectural feature of the College, appearing in everything from marketing materials to seasonal greetings cards. The bells are rung at various points during the year to mark royal anniversaries, such as the Queen’s Accession (6 February), and also on domestic occasions for the College including Commemoration Day and Charter Day.

On Friday 17 November, the 125th birthday, tours up the tower will be run for College staff and students. Three tours will be held across the day, offering the Imperial community the chance to scale the 325 steps up the tower, taking in some special sights along the way. Inside, guests will be able to see the tower’s stained glass displays, and the inner workings of its belfry.

From the main viewing platform, visitors will have exclusive wraparound vantage points across the South Kensington Campus and far beyond across London – an estimated 20-mile radius.

For Queen's Tower facts, stories and photos all this week, and to join in the conversation, follow #QueensTower125 on social media. 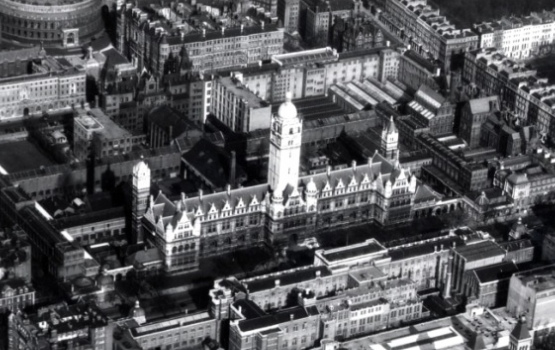 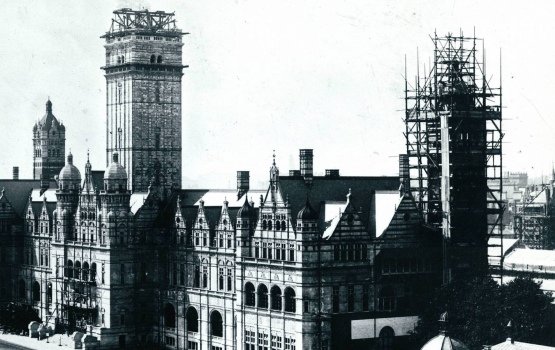 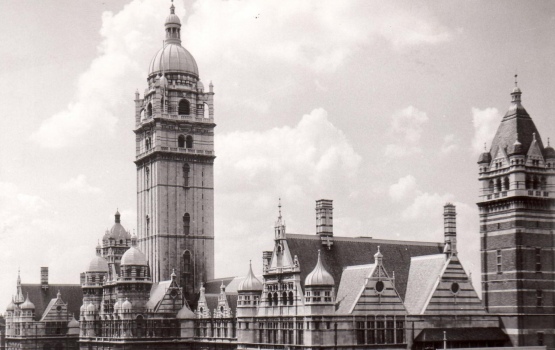 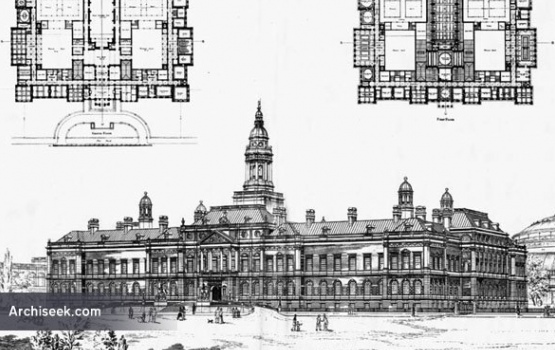 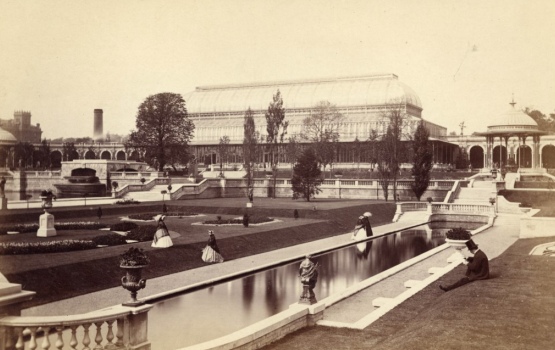 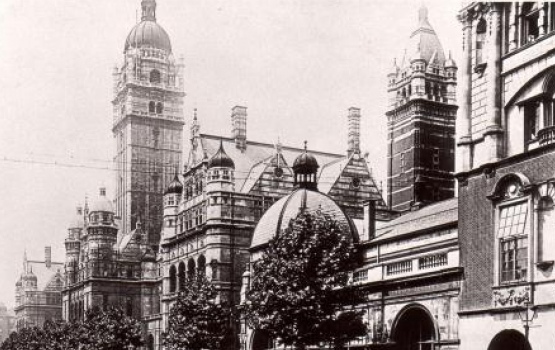 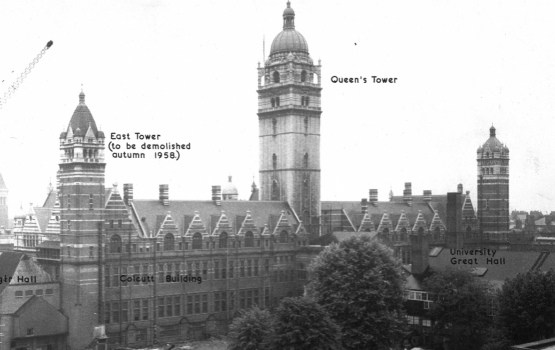 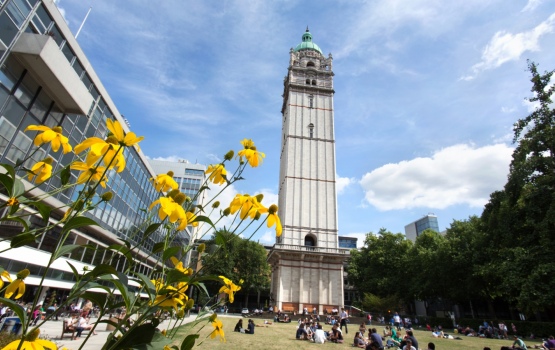 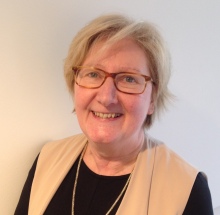 The Queen’s Tower – the icon of Imperial College, an unmissable object with a purpose as a campanile. People love climbing it – all 325 steps and looking at the huge views from the top, and when admitted they see it as a huge privilege. It shows how Imperial has moved on in terms of its own development as referenced by the new buildings around it.

It links Imperial with the Royal family in several ways. In addition to the naming of its 10 bells, there is also the fact that the Tower is what remains of the Imperial Institute building, which was created for the Golden Jubilee of Queen Victoria in 1887. The Institute was established to assist scientifically with the development of raw materials in the then Empire – a commitment which is something that today accords with Imperial’s mission to work with developing countries on sustainability issues.

The Tower links Imperial South Kensington with Imperial White City as the green dome can be seen from the Westway, and indeed from many points round London, making it truly a beacon of Imperial College.

Want to know more about the Queen’s Tower? Here are some top facts about the 125-year-old building:

>Used to be called the Collcut Tower after its designer, the Victorian architect Thomas Edward Collcutt (who also designed the Savoy Hotel)

>Has ten bells in total. Known collectively as the Alexandra Peal, the bells are named after British royal family members, including Victoria, Albert Edward, George, Victoria and Maud.

>Featured in the first colour movie to come out of Ealing studios, ‘The Titfield Thunderbolt’

>There were one four stone lions at the foot of the tower. When most of the Institute was demolished in the 1960, two lions found a new home in the new Commonwealth Institute in Holland Park.

>A statue of Queen Victoria which was once housed inside the tower can now be seen standing proudly in the main entrance to the South Kensington campus.

>When the tower was opened in 1893, over 25,000 people were present, including Queen Victoria.