As Sierra Leone’s first female engineer, Yvette Stevens (MSc Electrical Engineering 1973) broke the mould early in her career. But she wasn’t content to stop there. Her talent and ambition saw her rise to Director, the highest professional rank possible at the UN, take the lead in developing her country’s first energy policy and be chosen by Sierra Leone’s President as the country’s first Permanent Representative to the UN in Geneva.

We spoke to her about her remarkable life and career, from studying at Imperial to her recent retirement. 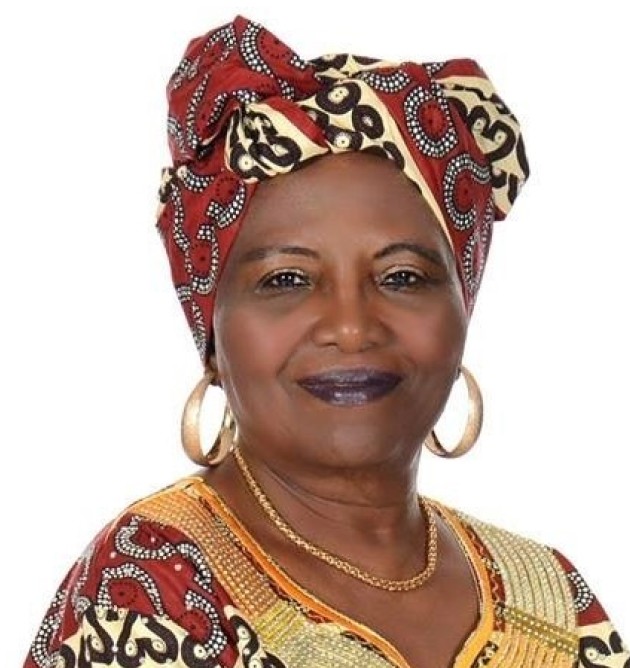 What attracted you to study at Imperial?

Girls growing up in colonial Sierra Leone weren’t taught science at secondary school. But we did study general science, which really interested me. I was given provisional entry into sixth form in a boys’ school. There were only two girls in a class of 18 boys and, because no one believed in girls doing science, the boys used to tease us. It made us work so hard, and we did better than the boys.

Initially, I had a scholarship to go to the Moscow Power Engineering Institute in the then-USSR, where I started studying electrical engineering. But in Moscow, we were using analogues to control power systems. This was when computers were being introduced and I wanted to develop knowledge of this state-of-the-art technology. Our High Commissioner in London recommended Imperial. I was interested because they were starting to use computer applications to control power systems. At the time, Professor Laithwaite was also working on the linear motor at Imperial, which really fascinated me because this was at the forefront of the technology. When I was accepted to study at Imperial I was delighted.

What are your fondest memories of your time studying at Imperial?

My fondest memories are of my successes in my work. We used the mainframe computer, called a CDP. You put all your programming on cards and you’d have a stack to put into the computer – and hope that something came out at the end. It was very difficult and woe betide you if you dropped the cards, because they had to be in order! I still remember how delighted I was the first time I got a program working.

Getting my Master's project on the digital control of power systems working and approved by my supervisor was another delightful moment.

How would you say your time studying at Imperial prepared you for your career?
Being in a class made up of lots of nationalities was really important. When I started working with the UN I didn’t need any adjustment, because I was used to working with people from different backgrounds.

The other thing that has helped a lot is that, at Imperial, I was taught to be ingenious and to work independently. That made me very innovative and has served me well throughout my life.

Can you tell us a little about your career since leaving Imperial?

When I returned to Sierra Leone in 1974, I was the first Sierra Leonean woman engineer. I spent six years teaching electrical machines and power systems at the University of Sierra Leone. During that period I also worked for consultancy firms, designing systems for buildings.

I also conducted research looking at technologies that would benefit people in rural areas. My knowledge of engineering allowed me to apply this to non-electrical engineering technology such as oil presses and machines. While doing this research, I was approached by the International Labour Office (ILO) and asked to join a project to introduce technologies to benefit women in rural Africa. I started with the ILO at the lowest level, as a Village Technology Expert.

My work here led me to the United Nations, which was where I felt I could bring the most benefit to my country. I worked in the UN’s technology and employment branch in Geneva, where I was the only engineer. Here, I used some of my Imperial background to highlight new technologies that could benefit people in developing countries.

I was then seconded from the ILO to the UN High Commission for Refugees, to work as a Technology Expert and Expert in Income Generation with a technical unit that was responsible for building camps and settlements to accommodate refugees all over the world. I went on to become Chief of that unit and while there, I developed a passion for solar energy, which we used frequently because it was considered the only energy solution for remote locations like refugee camps.

From here, I was appointed as the Director for Africa at the Department of Economic and Social Affairs at the UN Secretariat in New York. This was at the time that the new agenda for the development of Africa was passed. I concentrated on the energy aspect, because we all know that without electricity, you cannot talk about development.

When I retired from the UN I moved back to Sierra Leone, where I was invited to be the Director for Energy and Energy Policy Advisor at the Ministry of Energy and Water Resources. In this role, I created the first-ever energy policy for Sierra Leone, as well as a strategic plan for its implementation. Diversification of energy was a key aspect of this policy.

During this time, we installed solar street lights in all of Sierra Leone’s provincial capitals. Working with the World Bank, we also introduced a decentralized solar system to the country’s district capitals. I was happy to go back to pure electrical engineering and was active in the Sierra Leone Institution of Engineers, where I was made a Fellow.

However, in 2012 the President requested that I represent Sierra Leone at its first permanent mission to the UN in Geneva. He wanted me because of my experience working in the UN and because I came highly recommended for the post. I wanted to serve my country in whatever capacity I could, and this was the best way for me to do that.

While serving as Ambassador in Geneva, I also became a Gender Champion. Through this initiative, I’d meet, talk to and motivate women who were participating in meetings with the various scientific organisations based in Geneva. I’d also encourage more women to come to these events.

What have been the biggest highlights of your career?

The highlight has to be how my career progressed. I rose from being a Village Technology Expert, the lowest level of engineer, to reach the highest professional level at the UN. As an engineer, I didn’t think I’d go that far, especially as most of the people who work at the UN are social scientists.

When I look at all that I’ve done, I realize that my engineering training has been essential to my success. Being taught to think logically has really helped me and allowed me to combine my engineering work with other things.

What are the main challenges you’ve faced?

The first challenge was being a woman in a man’s field. Early on in my career, I discovered the secret of making it with men is to show them that you’re better than them. Once you establish yourself and earn their respect, it all works out. Sometimes you have to work twice or ten times as hard as them, but establishing yourself from the word go is essential.

Another challenge was raising a family. I have five children and my marriage broke down because I wasn’t going to stay at home, which is what I was expected to do. Combining my career with bringing up my children was quite a challenge. But I was determined that I was going to make it work, and I did. I’m proud of how well my children have done – two of them have PhDs and the other three have Master's degrees.

My motto since I was a child was ‘Either the best or nothing’ and once I put my mind to it, I always aimed for the best. It wasn’t always easy, but I was able to overcome those challenges.

Getting results and achieving my goals. Being a woman in a man’s world made me feel that I had to succeed and that was a major motivation. Failure was not an option.

How would you say working overseas changed you in a personal and professional sense?

In a personal sense, I learned to work with everybody. The UN High Commission for Refugees was like an extended family. You come to understand each other and even if you’re from different countries and speak different languages, you can still be on the same wavelength. I stopped thinking of people as foreigners.

When I returned to Sierra Leone to work as Energy Policy Advisor I missed being part of a multinational team, where everyone is so open. That actually took more adjustment than moving to the UN initially.

What advice would you give to women who are thinking of studying an engineering subject, particularly at Imperial?

I would say go for it. I’ve worked hard to get more women to go into engineering in Sierra Leone. While working in Sierra Leone, I visited girls’ schools to show them how far women can progress in scientific disciplines.

Before I returned to work at the UN as Ambassador, I was instrumental in setting up a small group of female engineers at the Institution of Engineers in Sierra Leone. The group, known as the Sierra Leone Women Engineers, hosts different motivational events, not only for young girls but also women who have just qualified. During the Ebola crisis, for example, the group did a lot and I’m very proud of that.

I think that for as long as I’m still alive, I’ll be playing any role that I can to encourage young girls to take up engineering. It’s good to be a role model, and show them what you’ve achieved, because you’re not standing there telling them to do something that you didn’t do yourself. I think that’s really important.