Imperial College London are leading a team of the UK's top battery experts to support the development of next generation batteries.

Funded by the Faraday Institution, the Multi-Scale Modelling Fast Start project is a new £10million programme bringing together scientists, engineers and mathematicians. The aim of the work is to develop a better understanding of the fundamental science going on inside batteries and capture this knowledge in models that can be harnessed to build better systems.

The project was announced today at the Royal Society’s conference on energy storage for automotive and grids in London. It is one of four projects funded by the Faraday Institution’s Fast Start Projects scheme.

We want to support the growing UK battery industry, which should enable the UK to benefit economically from and promote electric vehicle uptake.

While the project’s work will be of benefit to many areas and applications the team are primarily focussing on improving battery packs for electric vehicles. Designing the needed high performance, cheap and safe battery systems requires an in-depth knowledge of materials science and engineering applications. This is why the collaborative team spans seven universities from a wide range of disciplines.

“The project will develop the modelling tools that industry need to bridge the gap between the fundamental science and the engineering of battery systems,” says Dr Greg Offer, the Principal Investigator from Imperial’s Department of Mechanical Engineering, “Our focus on battery packs for electric vehicles is because we want to support the growing UK battery industry, which should enable the UK to benefit economically from and promote electric vehicle uptake.”

Key to the project’s work is the group’s “multi-scale” approach. This means the team will produce models from atoms to applications across both length and time scales. They will apply their methodologies to both current and future battery chemistries. The modelling tools will make it easier to design battery systems tailored to the specific product and its proposed use.

Electric vehicles and batteries are a very important strand of the Government’s Industrial Strategy. To ensure that the team is supporting that vision they will work with multiple industrial partners to ensure the outputs of the research are useful, useable and valuable.

“We are always looking for practical applications, that the fundamental science can be built on to provide insight into larger problems” says Dr Offer, “I expect big things from the team over the next three years with real world impact and solutions being used in academia and industry.” 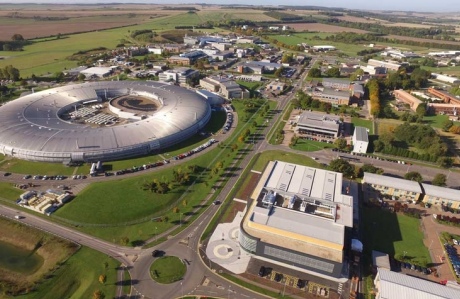 The Harwell Science and Innovation Campus, in Oxfordshire, where the Faraday Institution is based.

The project is part of a wider £42m investment by the Faraday Institution in four projects to put the UK on the map as being at the forefront of battery technology worldwide. Combined they have the potential to radically increase the speed with which we are able to make the move to electric vehicles, as well as the speed with which we can decarbonize our energy supply, with obvious benefits to the environment.

The other three projects are:

Imperial College London are looking to recruit six Research Associates for their part of the work. You can find advertisements for the positions on //www.imperial.ac.uk/electrochem-sci-eng.