A mathematical model of ocean currents, covering nearly the entire globe, is being used to improve forecasts for shipping, fisheries, search and rescue as well as major oil spills.

This work originated in the 1990s under the stewardship of Dr Dan Moore, an expert in fluid dynamics at Imperial College London’s Department of Mathematics. Dr Moore has a long-standing relationship with the US Naval Research Laboratory, and together they devised an ocean modelling code ‒ the Navy Layered Ocean Model (NLOM).

NLOM proved its usefulness in ocean forecasting and is still used today; however, its code was optimised for the now obsolete CRAY supercomputer. There was a need for an ocean modelling system that could be run in a massively parallel computing environment – essentially tapping into the processing power of a large number of distributed computers.

Essentially, the model works by covering nearly the entire Earth with overlapping tiles. Fluid flow equations are solved locally on each tile by a single processor. After each time step, each tile exchanges information with the adjacent overlapping tiles. This enables flows to move through the tiles.

HYCOM is a sophisticated, high resolution system for simulating ocean physics and describes the effects of the tides, winds, Earth's rotation, and many other factors on the flow of water. HYCOM produces daily 3D snapshots of oceanographic variables such as temperature, salinity, and current velocity.

It has resulted in improved open-ocean nowcasts and forecasts for search and rescue operations, shipping routes, tracking of icebergs and major pollutants and commercial fisheries.

Both NLOM and HYCOM have had a major impact in tracking oil spills such as the Deepwater Horizon disaster in the Gulf of Mexico (2010), the Montara Well release in the Timor Sea (2009) and the Prestige Oil Tanker spill in the Bay of Biscay (2002).

During the BP Deepwater Horizon disaster in 2010 (the largest oil spill in US history) the Naval Oceanographic Office (NAVO) supplied the National Oceanic and Atmospheric Administration (NOAA) with daily trajectory forecasts using both the NLOM and HYCOM models. These forecasts supported daily response planning, predicting where surface oil systems would be in the next 24, 48, and 72 hours.

Since the disaster, there have been numerous publications detailing the events and the response, many of which credit HYCOM modelling. 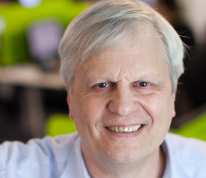