3rd November 2014: The HexMat and WCSIM Science and Engineering Schools

The HexMat and WCSIM (Worshipful Company of Scientific Instrument Makers) Science and Engineering Schools workshop took place on 3rd November in Glaziers Hall, London Bridge, with just under 100 students from Penwortham School in South London and Long Wittenham School in Oxfordshire taking part. This was a one-day workshop, inviting KS2 pupils to spend the day with practising scientists and engineers to work on exciting science projects. The day was packed with fun and interactive demonstrations, games and hands-on activities.

Two workshops were run in parallel, with groups of Penwortham and Long Wittenham School children working together. The workshop on aeroplanes asked 'How do aeroplanes fly?' (Led by Mitch Cuddihy, Imperial PhD student). Tasks included designing, making and modifying paper aeroplanes, and then testing the finished planes. Competitions took place which were judged by Professor Fionn Dunne (HexMat Principal Investigator) and Professor Tony Wilson (Master of WCSIM, and University of Oxford). Prizes for the most innovative design and farthest flying plane were gratefully received by the winning teams.

The circuits workshop (led by Vivian Tong, Imperial PhD student), introduced the children to 'Circuit Theory and Renewables'. Games to demonstrate how circuits work helped the children to understand key concepts effectively. Students were then tasked with building their own circuits from scratch. The idea of kinetic energy, wind energy and generators were also taught in this session. In particular, generators were shown to be able to convert kinetic energy from a wind turbine into electrical energy, which could be used to light an LED or lift a weight.

Dr Suze Kundu’s (Teaching Fellow, Imperial College) closing activity called ‘What is a Scientist/Engineer’ aimed at dispelling any misconceptions about who can be a scientist/engineer and greatly inspired the children.

The success of the day was reflected by excited children leaving Glaziers Hall having enjoyed their day and learning more about not only aspects of science and engineering, but also inspiring them to become the scientists and engineers of the future.

24th-25th September 2014: HexMat PDRAs from Imperial College London (Dr’s Sudha Joseph, Terry Jun, Bo Lan, Thomas White and Zhen Zhang), University of Oxford (Dr’s Hamid Abdolvand and Rajesh Korla) and University of Manchester (Dr Eleni Sarakinou) met this month at the University of Oxford for the final ‘PDRA Day’ in a series of networking days which were designed to encourage PDRAs to network and collaborate with each other and to also see the facilities available at each of the cohort universities.

The focus of this PDRA Day was on Outreach. PDRAs were tasked with designing primary school level projects and discussing their ideas with the Oxford University Outreach Officer, Jayne Shaw, who gave insightful input and feedback to them. 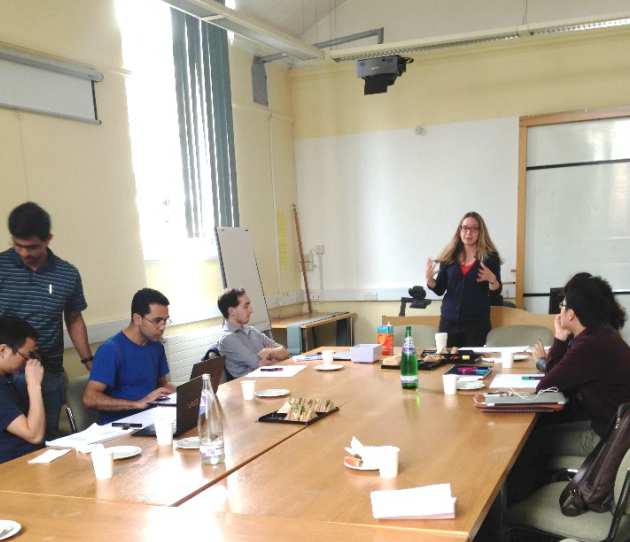 (University of Oxford, Outreach Officer, Jayne Shaw delivering a workshop to the PDRAs)

On Day 2, each PDRA presented an update on progress in their research, followed by discussions with the group and Prof Angus Wilkinson (HexMat Co-Investigator). The focus of the remainder of the day reverted back to outreach and Imperial College PhD students, Mitch Cuddihy and Vivia n Tong, delivered training for the upcoming HexMat/WCSIM (Worshipful Company of Instrument Makers) event in November, London Bridge. 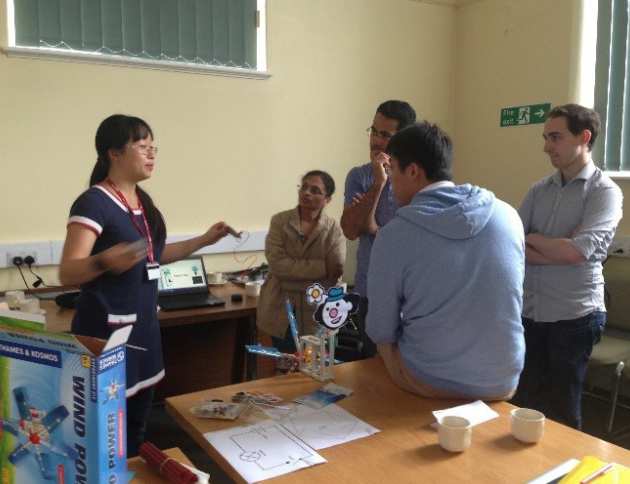 Tune into Radio Cardiff to hear Dr Ben Britton talk about titanium and zirconium alloys used in the aero and nuclear industries. The interview was broadcasted on Monday 11th August on Radio Cardiff at 9pm. The podcast is available on http://www.rhysphillips.co.uk/pythagoras-trousers/episode176/

Imperial College and the Big Innovation Centre (BIC) hosted the Disruptive Forces seminar on 30th June, 2014. This was a half-day meeting, bringing together leading industrialists and academics. The HexMat team presented some pioneering transformational techniques being developed in materials technologies, including characterisation, microscopy and modelling, addressing how industries can better take up research  in materials for improved materials properties, behaviour and performance.

The afternoon included a break-out session (download summary), giving the opportunity for discussions and a drinks reception and networking.

For further details and speaker's presentations, see the BIC webpage. 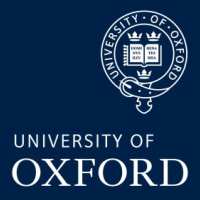 The third Steering Board meeting took place in Oxford University on 26th June 2014. HexMat Academics, PDRAs, Partners and Advisors met to review the program and discuss challanges, objectives and future plans of the project. The one day meeting comprised technical and management presentations.

The goal was to bring together researchers with an interest in the key area of Pellet Cladding Interaction (PCI), and together with key industrial partners, discuss what is known, what needs to be investigated and how future research can be carried out in a coherent way, avoiding fragmentation and producing the most impact. Attendees included representatives of a range universities, research institutes and industry with participants coming from the Australia, France, Sweden, Switzerland, U.K. and U.S.A. For more details, click here (pdf). 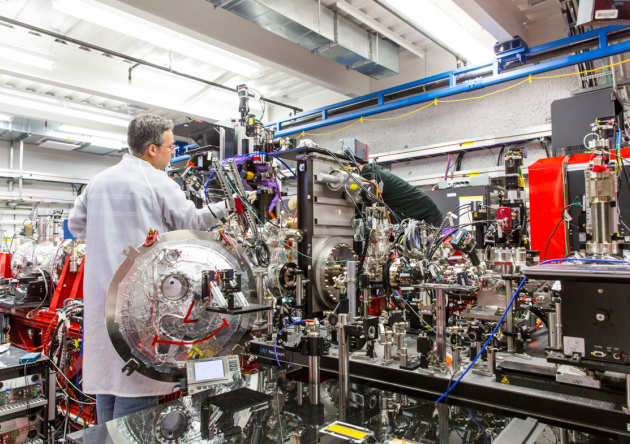 HexMat PDRAs from the three collaborating Universities (Imperial, Manchester and Oxford) met in Manchester University for a two-day meeting to share and discuss research progress. Prof Michael Preuss gave a talk on ‘Degradation phenomena and mechanisms of Zr alloys for nuclear applications’. A tour of the facilities in the Materials Science Department and then the Manufacturing Technology Research Laboratory (MTRL) followed. On Day 2 the PDRAs presented their research results and contributions to the HexMat project thus far.

HexMat academics, postdoctoral researchers and postgraduate students from Imperial, Manchester and Oxford spent a day at Rolls-Royce, Derby on 28th April 2014, meeting key industrial representatives in the aero and nuclear sectors. The visit also included a tour of the Rolls-Royce Heritage Centre.

Imperial, Manchester and Oxford PD RAs came together for the HexMat PDRA Networking Day(s), held at Imperial College London on 26th February. The event included a keynote lecture on “Adiabatic held Shear in Titanium and Titanium Alloys” presented by Prof Bradley Dodd. PDRAs were tasked with various activities and shown equipment and facilities in o rder to encourage collaborations between the three Institutions involved in the HexMat Programme Grant. The activities included writin g and presenting a research pr oposal, led by the PDRA Support Group. 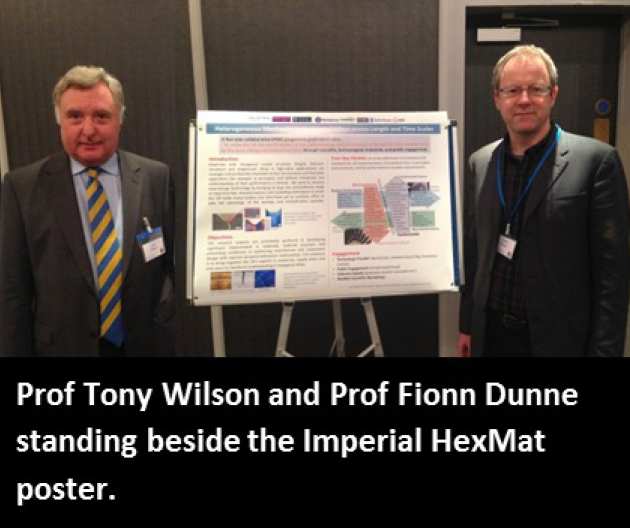