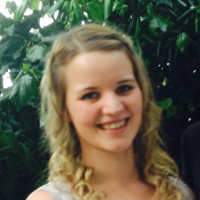 Sofie Shackcloth
Sofie is a fourth year Mechanical Engineering student, who was previous involved in the battery module design team for the bike. Having changed their focus, the battery design was modified to integrate a thermal management system and to improve the previous design.

For this season, Sofie has taken on the role of project manager for the team, and is responsible for managing the teams within the bike as well as sponsorship and general management tasks.

Ryan Prosser
Ryan is a fourth year Mechanical Engineering student, who was part of the battery design team during the 15/16 season. This year, he’s moved to take the role of motor engineer, and is responsible for completing the motor design and is currently in talks with Fraser Nash and Renishaw in order to get the motor and motor housing manufactured.

The chassis design team is made up of four third year Mechanical Engineering students: Jordan Anning, Alex Ball, David Moores and Rahul Shivaram. Their primary focus is to design and manufacture a chassis that can withstand the weight of all parts contained within the chassis, while also providing protection for all the battery modules.