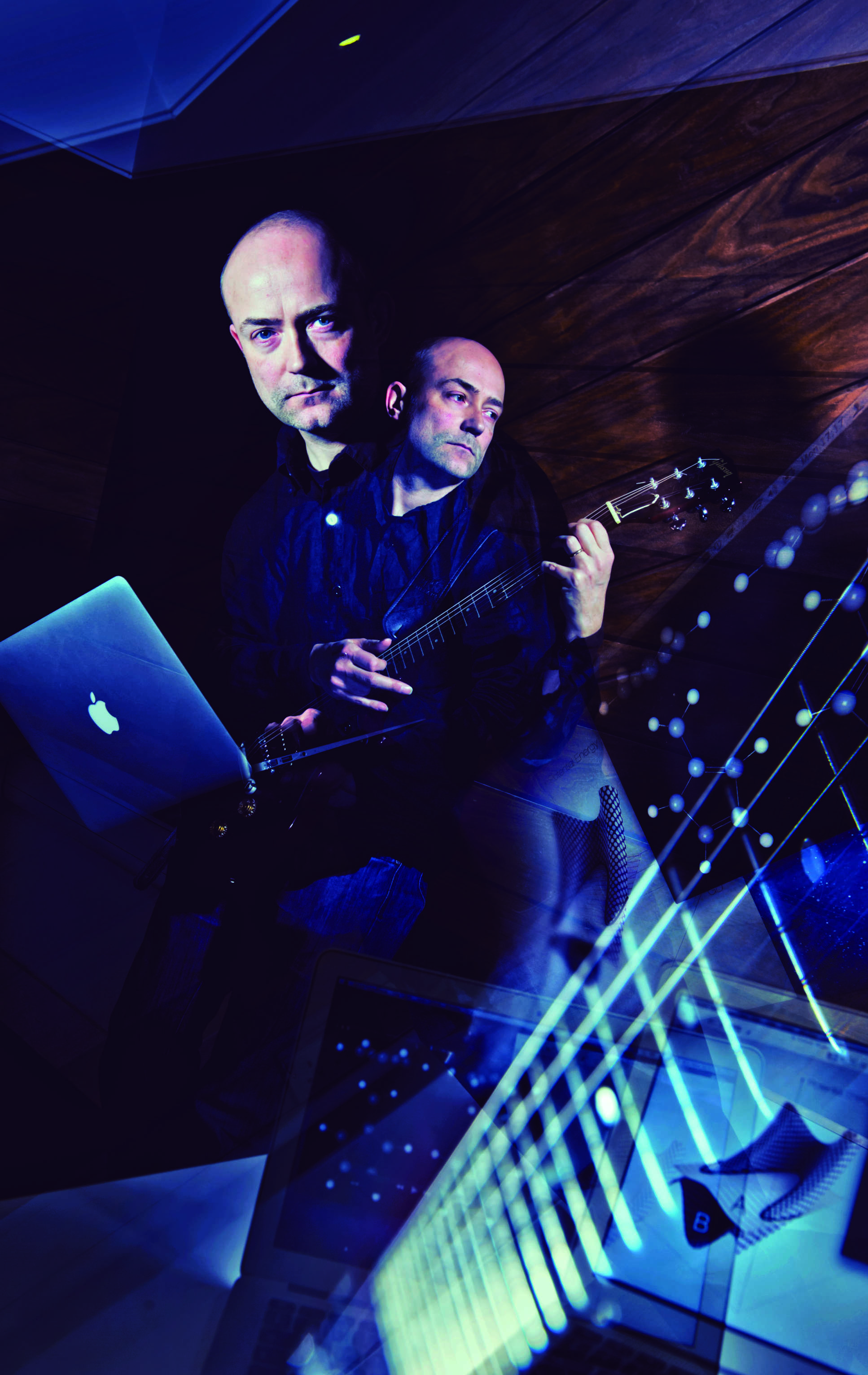 Hunched intently over a laptop in the library, Dr Michael Bearpark might be shuffling his lecture slide set, determining  the structure of biomolecules or laying down a new track for his electronic duo to perform at the weekend.

“Musical harmony is a type of chemistry and lecturing is more of a performance than a lesson,” comments Mike, a Reader in the Department of Chemistry, referring to his work teaching first and third year undergraduates about computational chemistry.

Darkroom was formed in 1996, and is Mike on guitar and Andrew Ostler on synthesiser and laptop. “We take conventional band elements like my guitar playing and put them together in an unusual way,” he says, describing their sound. “We treat each instrument like a sample; we loop it, then overlay it with improvisation.” The duo has released eight albums with science-inspired names such as Some Of These Numbers Mean Something. Their improvised gigs attract anything from one to 100 people.

Mike says he’ll never get tired of the feeling when a gig or a lecture goes well. “When all the ingredients come together and you get a good reaction  from the crowd, there’s a real sense that  you have discovered something,” he says.  “In both situations there is always the hope that you are inspiring people.”