Global citizen: SAFE or is it?

Dr Robert Ewers is an ecologist investigating the impact of deforestation on local biodiversity in Borneo. His work is part of the Stability of Altered Forest Ecosystems (SAFE) Project, one of the world’s largest ecological experiments. He works in an area where 8,000 hectares of natural forest are being cleared to make way for a palm oil plantation. SAFE aims to develop approaches that minimise the ecological impact of such changes to the rainforest. Life in a tropical rainforest is quite different to Rob’s Silwood Park office, where Imperial caught up with him. We spoke about the sounds, sights, and experiences of doing field work 7,000 miles away from home. 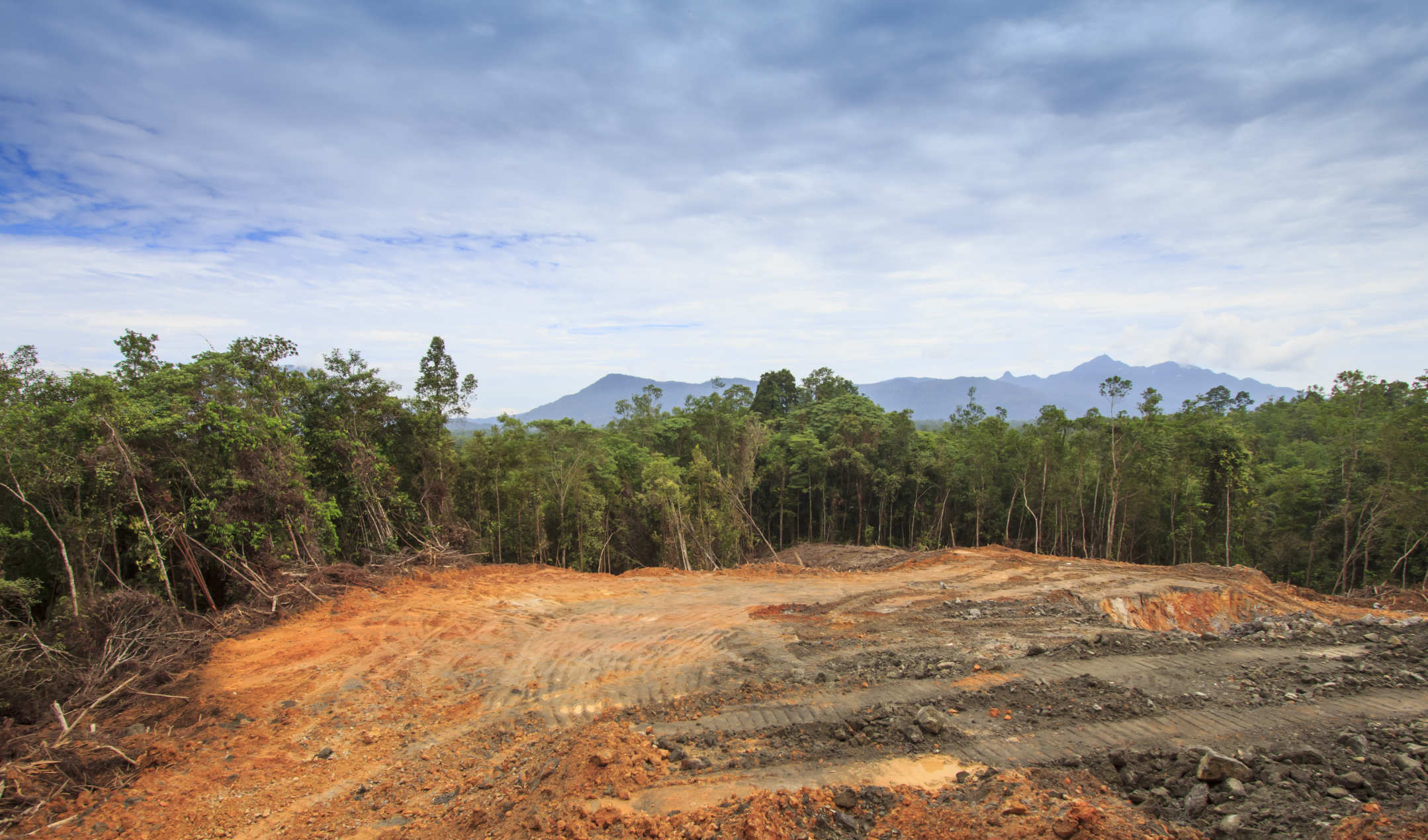 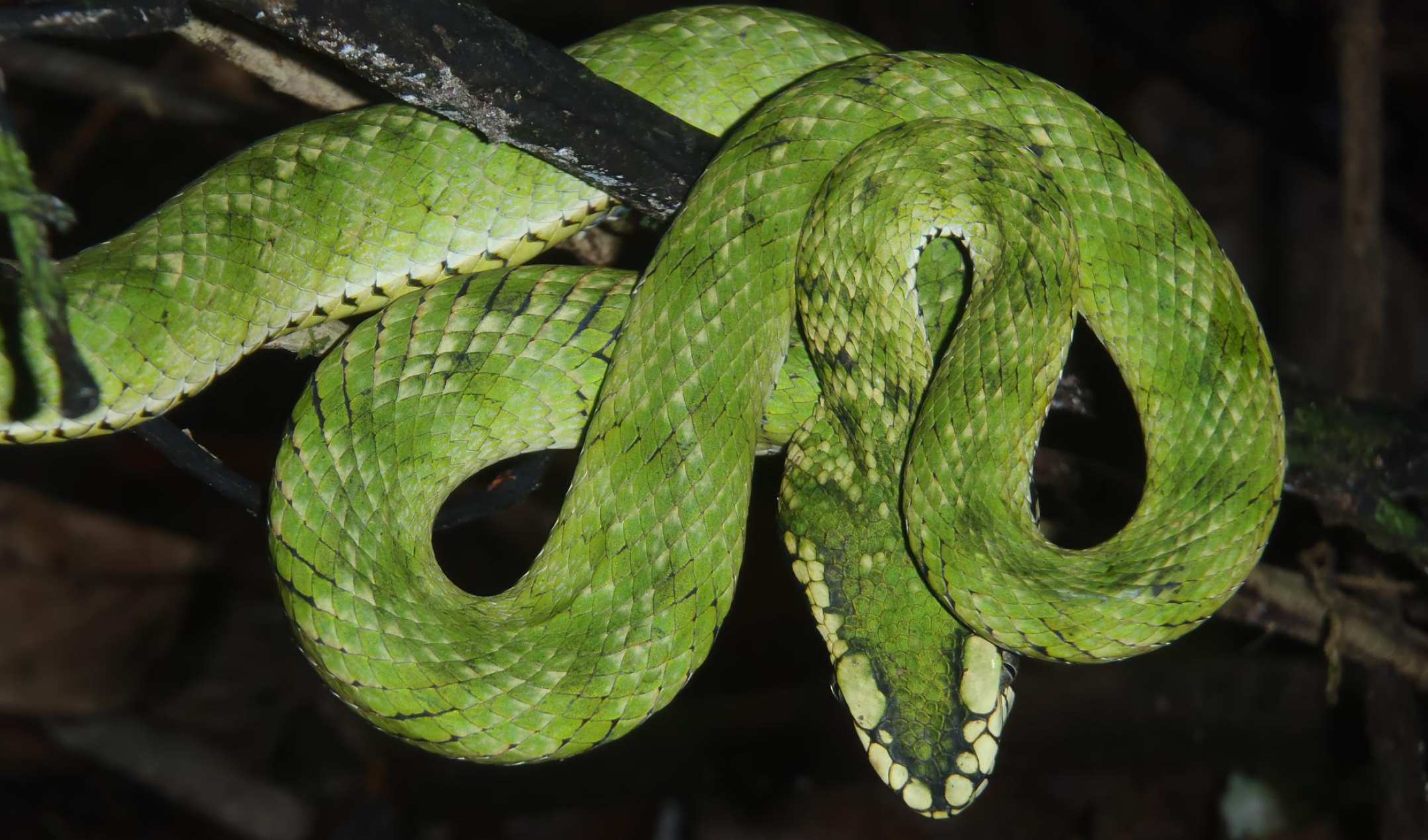 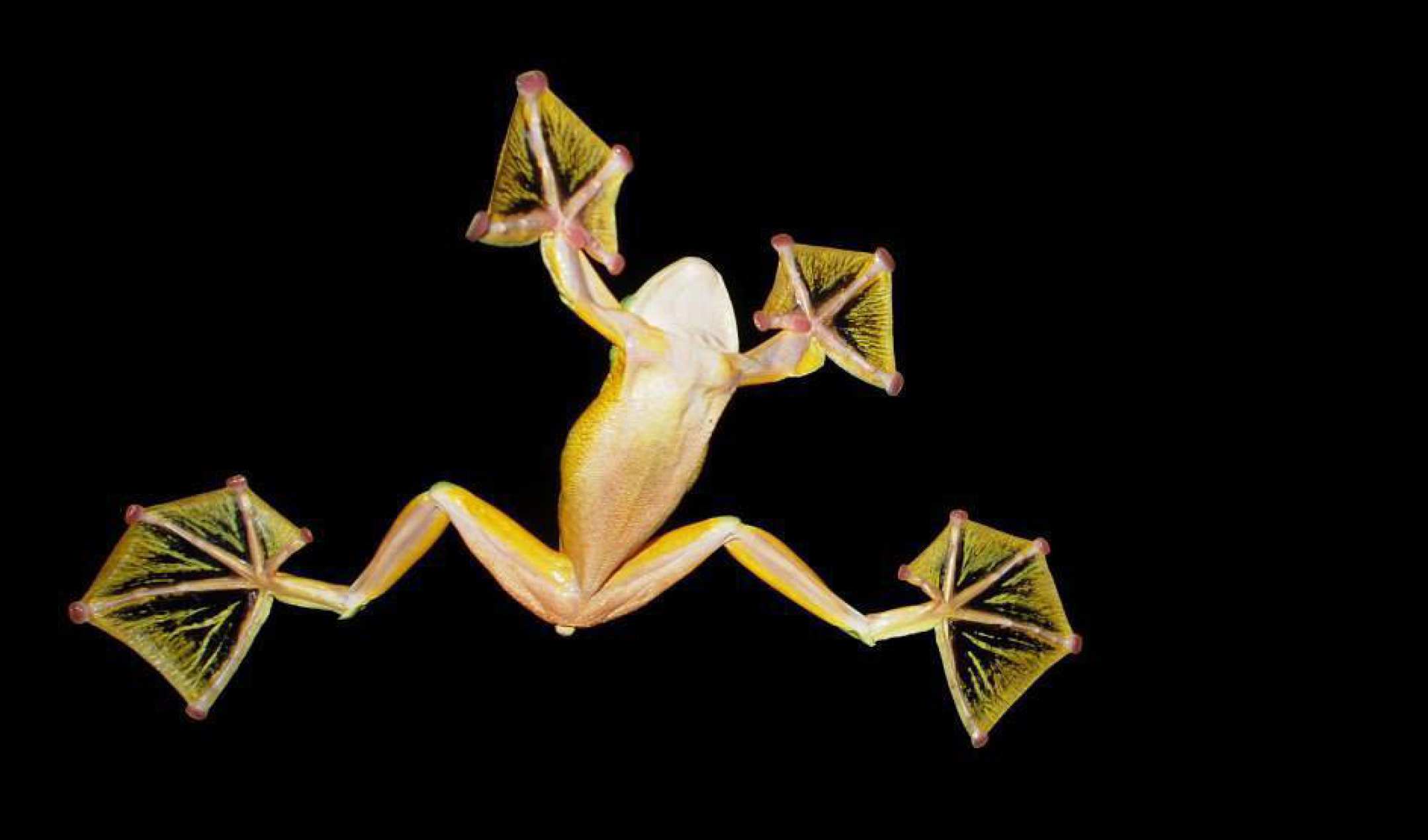 SAFE is conducting research into the effect deforestation is having on frog populations in northern Borneo. Photo credit: Ryan Gray 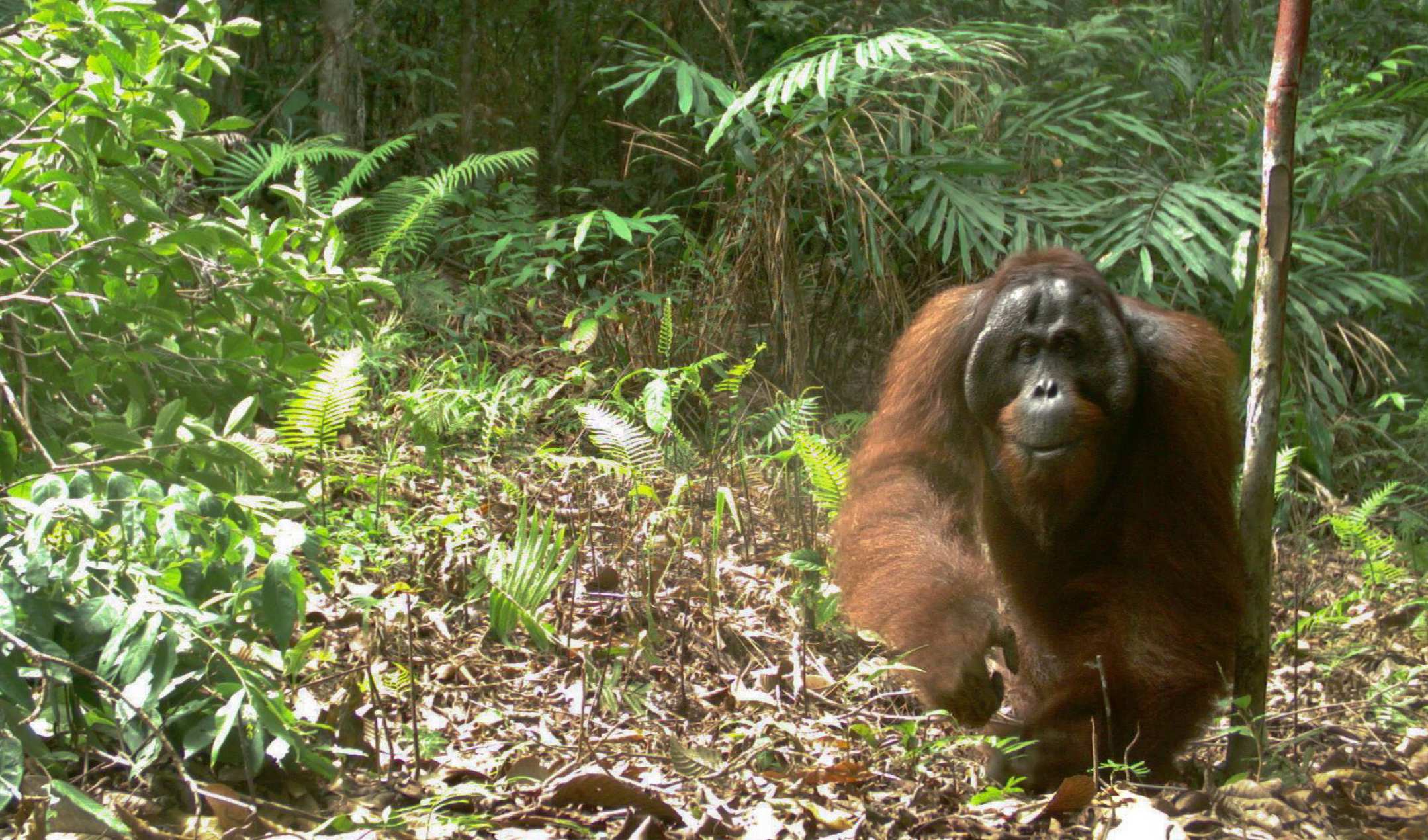 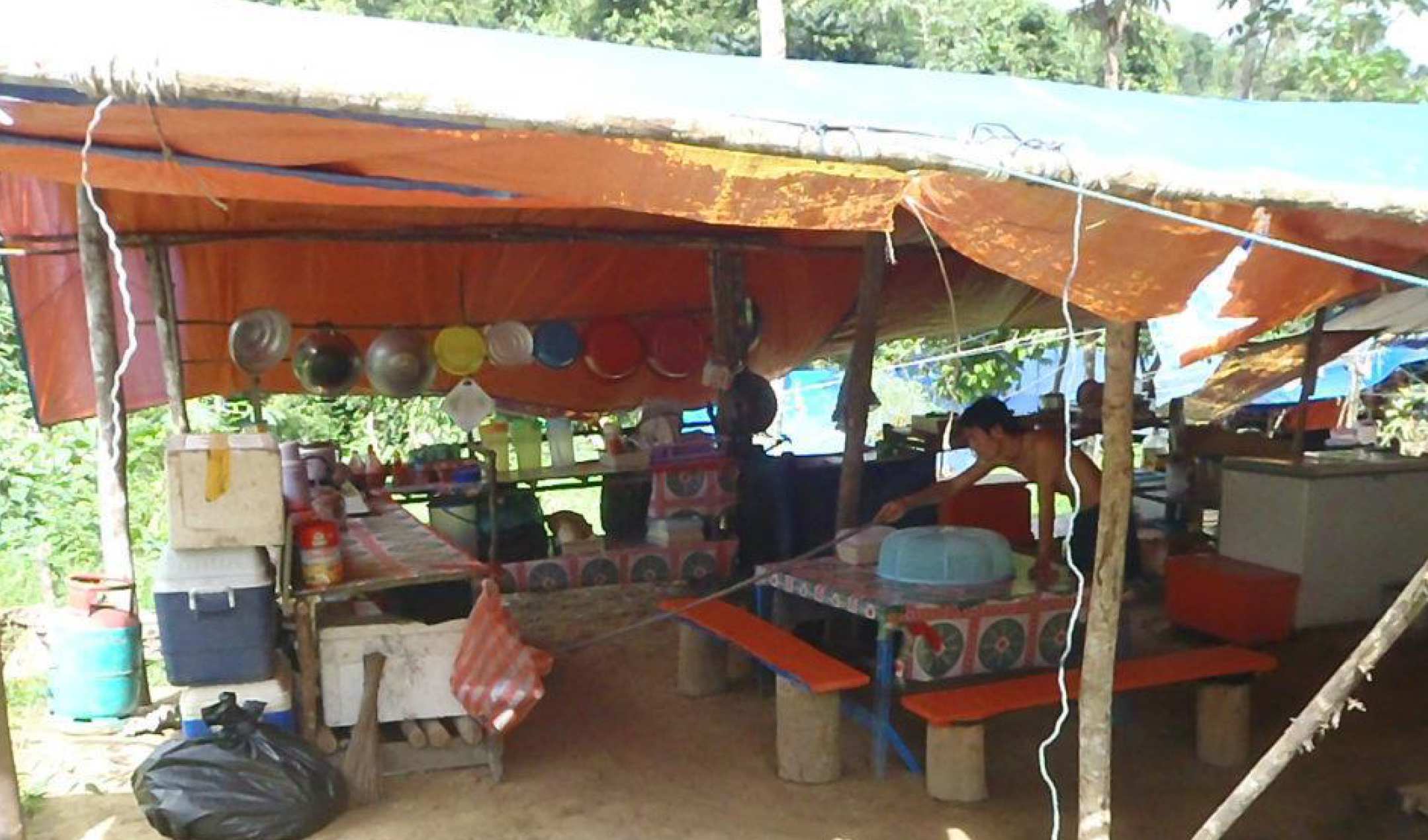 SAFE camp kitchen. Kiel chases a cobra out of the kitchen using the longest stick he could find. Photo credit: Rob Ewers

IMPERIAL: What is daily life like at the research station?

EWERS: Camp has been growing over the years; to begin with it was a tarpaulin roof and when that broke, you put another one on top! Now there are 60–70 people living on site, including local research assistants and visiting researchers, and we’re using materials made from local sawmill waste to build solid structures. We still mostly sleep in rows of hammocks, though. We have a kitchen and a cook who prepares typical Malaysian meals – it’s mainly rice with some veggies and either chicken or fish. I think the food is great, but my colleagues say the variety of dishes is considerably better when I’m there, because I’m the boss!

IMPERIAL: What kind of work are you doing?

EWERS: It depends on the project – there are many within SAFE. One researcher works on the river, trapping and tagging fish so that we can track their movements and seasonal behaviour. A PhD student of mine climbs trees and becomes the bait for catching mosquitoes – the plan is to catch them on your skin before they bite, but you do have to be quick!

IMPERIAL: What have you learnt?

EWERS: We’re monitoring all aspects of life (vegetation, small mammals, fish and insects) in the rainforest before, during and after the deforestation of the area. By measuring basic population parameters, like abundance and movement, we can track the true impact of the changes being made to the landscape.

IMPERIAL: How much time do you spend in Borneo?

EWERS: Some of my colleagues spend up to six months, but I’m usually there for about a month, two or three times a year.

IMPERIAL: Is there anything that really scares you?

EWERS: The most dangerous animal we encounter is the elephant; research teams have been stranded in the forest for several hours because their route was blocked by a herd. It’s not a problem when we’re working on steep terrain because elephants can’t climb, but they do wander onto the road and through the flatter parts of the forest. People don’t realise that elephants will charge on humans – I’m not sure of the figure for Borneo, but in India around 100 people a year are killed by elephants. Also, our camp gets quite a lot of rodents and they attract snakes. There are 160 different species of snake in Borneo, 24 of which are highly poisonous. We’ve seen king cobra and black cobra near the camp, which are both deadly. They usually get chased out with the aid of a big stick! We also have land leeches and they’re a bit gross. Whenever you sit down they sort of flip-flop towards you – it’s like some kind of miniature zombie apocalypse! They aren’t dangerous but they do have a habit of latching on in the most awkward places. I’ve had to get one out of my belly button before now!

IMPERIAL: Is it hard being away from home?

EWERS: Obviously I miss my wife when I’m away, but since becoming a parent, it feels like a physical wrench to leave my son.

IMPERIAL: What has been the most challenging difference?

EWERS: The weather in Borneo is quite hot and extremely humid, and it rains a lot. You are basically constantly sweaty, smelly and damp.

IMPERIAL: When you’re home, what do you miss about Borneo?

EWERS: Probably the soundtrack of the forest – it’s like nothing else on earth. Cicadas create a din of white noise in the background, and the range of bird calls is extraordinary. The most unusual sound comes from gibbons – they call to each other over long distances; it’s a sort of whooping sound and it really travels! [Click on the link left for a sample]

IMPERIAL: Would you recommend working in the rainforest?

EWERS: I really love it. I grew up being outside, hiking and camping in New Zealand and I’m glad I can continue to explore the outdoors as part of my job. All the stories that ecologists have come from being outside in the environment they study. Most of them will have an anecdote or two to share over a cuppa or a beer.

IMPERIAL: What experience do you like to recount to friends?

EWERS: In the early days when we were cutting trails, being completely naïve to the environment, I was walking behind the research assistants who were cutting through the brush. Suddenly they all started running in different directions, giggling, and I was just standing there dumbfounded and wondering what had happened. It turned out one of them had put his parang [a Malaysian machete] through a wasp’s nest! I was really lucky not to get stung that day!