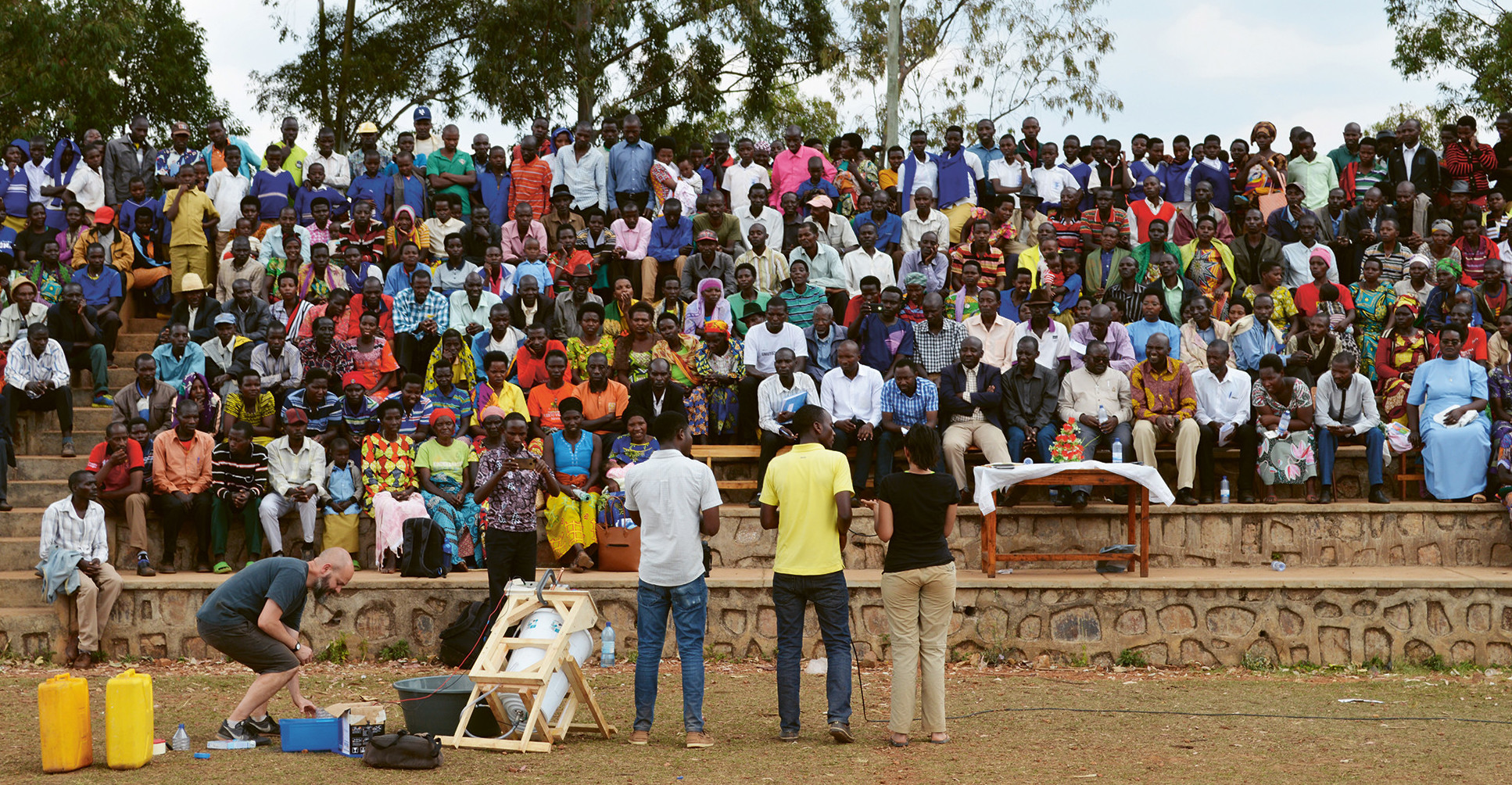 Engineering students show Imperial reaches the parts of the world that other universities don’t.

What do you do when you’re in the Rwandan capital, Kigali, in desperate need of cheap spare parts for your prototype washing machine? Jump on the back of the nearest motorbike taxi and head to as many dodgy side-alley garages and blacksmiths as you can? That, at least, was where Soren Vines (Geophysics, Fourth Year) found himself in the summer of 2019. It was, he says, “one of the most fun experiences I have ever had”.

It was all in a day’s work for Vines, Chair of e.quinox, a student-led humanitarian organisation that brings cost-effective solutions and renewable energy to developing countries: “We think of ourselves as a humanitarian R&D society.”

Working principally in Rwanda, the society offers students the opportunity to join summer expeditions, but first they must develop a product that will help the local community.

The off-grid washing machine, e.wash, was part of a project to develop a local launderette, and is just one of the latest ideas incubating within e.quinox. “One of our translators mentioned to a few people in the local church that we planned a demonstration of the washing machine. By the time we were ready for the demo, a huge crowd of some 400 people had gathered. They had never seen anything like it, and we got a great kick from showing the community how this could save them so much time and labour.”

The night before I flew out to Rwanda, I was desperate to know if it actually worked and ended up testing it on Queen’s Lawn"

Vines and the six other members of the team based themselves in Minazi, a remote village on top of a ridge in rural Rwanda. They were following in the footsteps of three Imperial Electrical and Electronic Engineering students (BBOXX founders Mansoor Hamayun, Christopher Baker-Brian and Laurent Van Houcke) who, in 2008, were working on a battery box for their final year project and chose Rwanda as their test bed. The aim was to develop a cost-effective, off-grid, standalone photovoltaic system to power rural villages. e.quinox was set up to allow future Imperial students to continue the work.

This practical aspect is one of the main draws of the society, Vines points out. “It is a great opportunity to see your idea put to the test and take it through a whole product cycle.” Many of the members are engineering students, but the range of disciplines and projects is wide. Last year, Vines’ own interests led him to develop a simple system for testing the level of the water table using electrodes, a car battery and a power inverter.

“The night before I flew out to Rwanda, I was desperate to know if it actually worked and ended up testing it on Queen’s Lawn (on Imperial’s South Kensington Campus), as Hyde Park was closed for the night. It was raining and my girlfriend was holding an umbrella
(with electrical gloves to prevent shocks), using her mobile as a torch. We must have been quite a sight.” The system did work and, during his visit, Vines managed to make a geological map of 18km2 around Minazi, detecting outcrops in the mica schist that might indicate water.

e.quinox is proud of its record of bringing electricity to more than 400 households in remote communities and students receive a warm welcome. But Vines has a tip for new members setting out for their first visit. “Get used to the children shouting m’zungu (foreigner) at you wherever you go. And if you want to be really popular, know that everyone supports Arsenal – because His Excellency Paul Kagame, President of the Republic of Rwanda, does. The most desired gift you can bring is an Arsenal scarf.”

Read more about e.quinox on the Imperial College Union website