Huge improvements in solar-cell and battery technology in recent years let us for the first time dream of commercially-viable air vehicles with an endurance of months and even years. However, the available power per unit-area of the solar cells is still quite low and vehicles have to balance two conflicting requirement of a very low take-off weight and a very large wing area. This results in extremely flexible vehicles that show significant couplings between their rigid-body and structural dynamics response, and which are very susceptible to local atmospheric conditions. 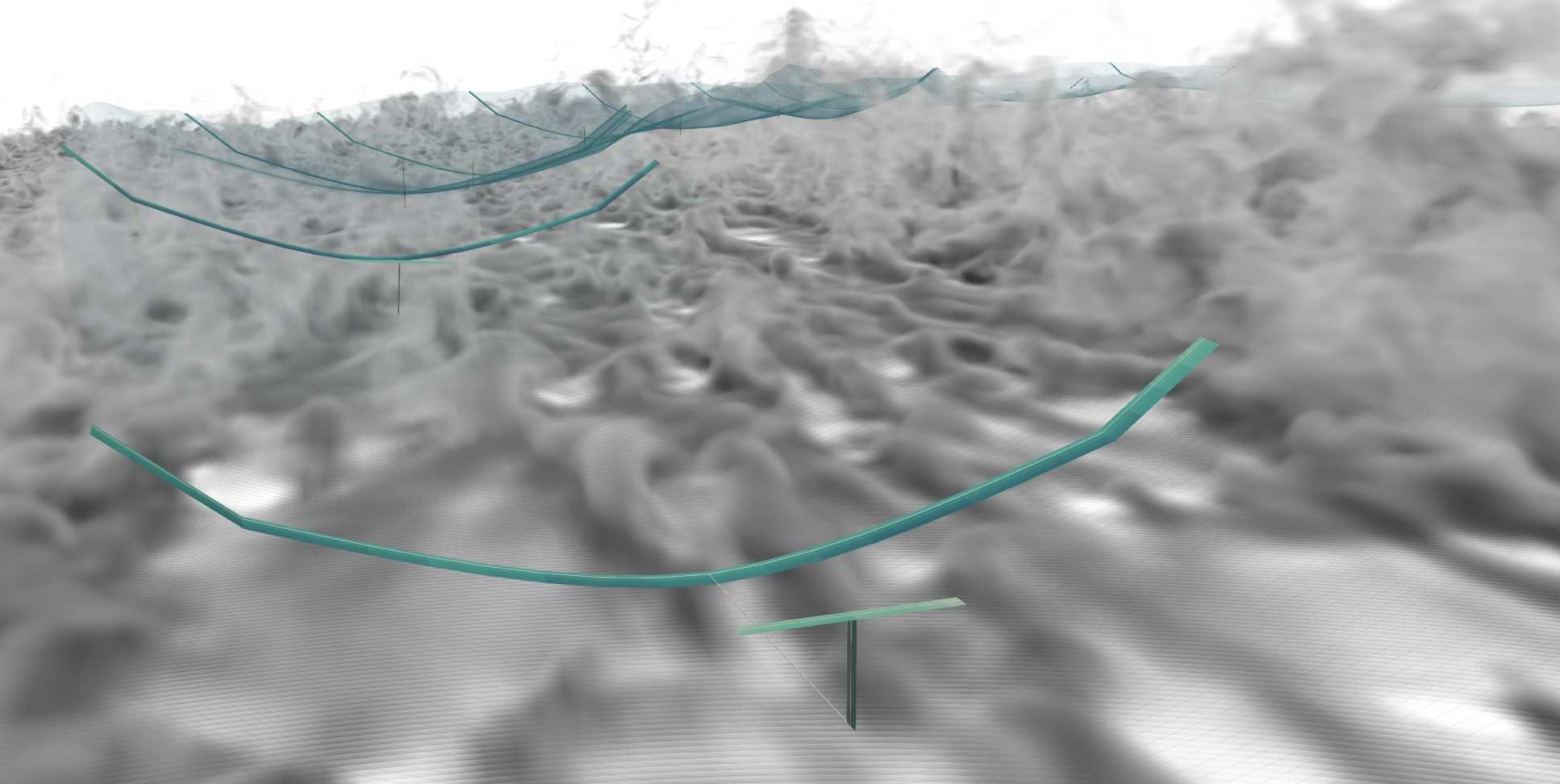 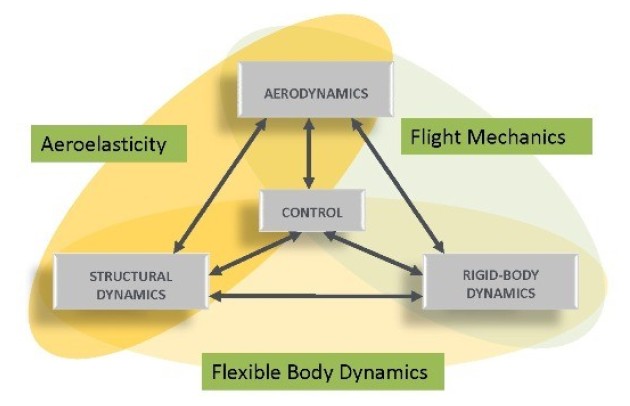 Our efforts are mainly in the development of multidisciplinary analysis tools able to capture all the relevant interactions between flight dynamics, aerodynamics, structural dynamics and control. The following diagram sketches the main fundamental disciplines around which we work, and different ways in which their interactions have been considered (flight mechanics, aeroelasticity, flexible body dynamics). For the prediction of the (nonlinear) dynamics of large-scale solar-powered vehicles, we have to address them all in a new holistic approach to the problem.

This project aims to investigate how a full-complexity aeroelastic model of an aircraft, or more in general, a complex dynamical system, can be simplified while maintaining the most important information, resulting in a Reduced Order Model (ROM). There has been progress in the isolated disciplines, but the strong coupling between aerodynamics, structural dynamics and flight mechanics brings a new set of difficulties. The resulting ROMs will be then tailored for accelerated analysis and to develop real-time linear and nonlinear control design strategies. Our interest is also in ROM interpolation methods for both fast exploration of the design space and online internal model generation for predictive control across the flight envelope.

We are exploring an innovative strategy to introduce geometrically-nonlinear effects in a postprocessing step to industrial-scale linear aeroelastic models.

This is an Airbus-sponsored project supporting the development of aeroelastic modelling tools for solar-powered aircraft. A key objective is to reproduce the flight conditions near the ground, where those vehicles have been found to be more highly susceptible to local atmospheric events. This is being achieved by combining highly-resolved simulations of the atmospheric boundary layer with fully-coupled nonlinear aeroelastic / nonlinear flight-dynamics simulations of the aircraft response.

This project investigated simultaneous optimisation strategies for flexible vehicles and their control systems. A parameterized actuated typical sections is used as benchmark: the structure can be designed by varying the stiffness of supporting springs; the control architecture through weightings in a LQR controller; the observer by means of the placement of pressure sensors; and the aerodynamics via the shaping of the compliant trailing edge. Optimising over all these fields simultaneously is compared to a sequential methodology of optimising the open-loop characteristics first and subsequently adding a closed-loop controller. Parametrisation of the design vector and variable selection often require user input and are fixed during optimisation. Our research automates this process. Furthermore, we investigate whether varying the parametrisation and number of design variables during the optimisation can lead to improvements in the final design. This parametrisation is shown to make the optimisation more robust with respect to the initial design, and facilitate an automated variable selection methodology. This variable selection allows for the dimension of the problem to be reduced temporarily and it is shown that this makes the optimisation more robust.

This project investigated the (dynamic) aeroelastic trade-offs in the simultaneous structural and aerodynamic optimization of nonlinear aeroelastic systems, such as very large horizontal-axis wind turbine blades or long-endurance aircraft wings with mounted flaps. To achieve that, it buildt bespoke monolithic multidisciplinary dynamic models able to capture the key physical characteristics of this system and embedding them into an gradient-based optimization framework.

This project develops a control law design workflow that addresses directly the effect of aircraft flexibility and exploits nonlinear ROMs obtained from intrinsic structural descriptions. The ROM is likely to have nonlinearities associated with a small number of states, together with a linear model of possibly large dimension for the remaining states. The particular algebraic structure of this model is exploited to partition the system dynamics into separate (but interacting) linear and nonlinear components.

This project aims to develop an efficient software platform suitable for design, analysis and control synthesis, for fully-integrated full-order flexible aircraft modelling, such as solar-powered aircraft. It captures nonlinear phenomena due to the large wing deformations, which affect the structural, flight dynamics and unsteady aerodynamics vehicle response; optimization-based controllers are then defined on the system for simultaneous trajectory tracking and load alleviation in the presence of discrete gusts and continuous turbulence.

This project studies the flight dynamics of very flexible aircraft using methods of flexible multibody dynamics. Geometrically-nonlinear models are used to represent the large structural displacements on the high-aspect-ratio wings. Computational efficiency of the selected methods will be critical to simulate full maneuvres and flight qualitlies in adverse atmospheric conditions of very flexible air vehicles, such as solar-powered aircraft.

This project investigated the closed-loop performance of different control devices on aircraft with ver y low wing stiffness. Convention al control surfaces (e.g. flaps and ailerons) was first assessed on a representative vehicle for control reversal, that is, when the aileron-generated moments twist the wing rather than manoeuvre the aircraft. Aileron performance was compared with that of unconventional control devices.

This project addressed the aerodynamic modelling of low-speed very-flexible aircraft using the unsteady vortex lattice method, which was coupled with nonlinear structural and flight dynamics models for the complete aeroservoelastic characterization of the vehicle. The full model served to study the dynamics of of next-generation solar-powered aircraft.