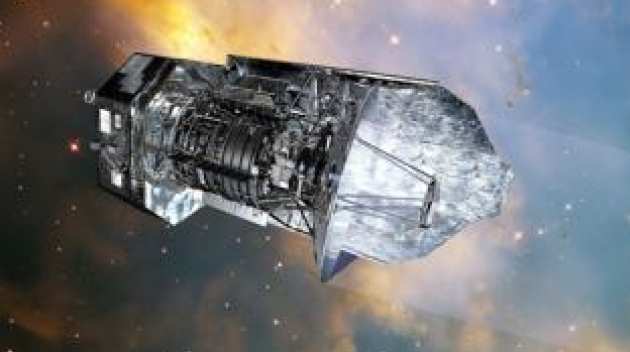 The Herschel Space Observatory is ESA's far-infrared space telescope. Imperial College astrophysicists have been involved with this project since its inception and are now reaping the benefits of this work. Herschel was launched in May 2009 and is now taking scientific data. We are working on a number of programmes related to dust in galaxies and galaxy evolution. These include the HerMES cosmological survey - the largest single programme on the observatory - the Herschel-ATLAS survey - a large area survey aimed at determining the far-IR properties of normal galaxies - and detailed studies of nearby galaxies. 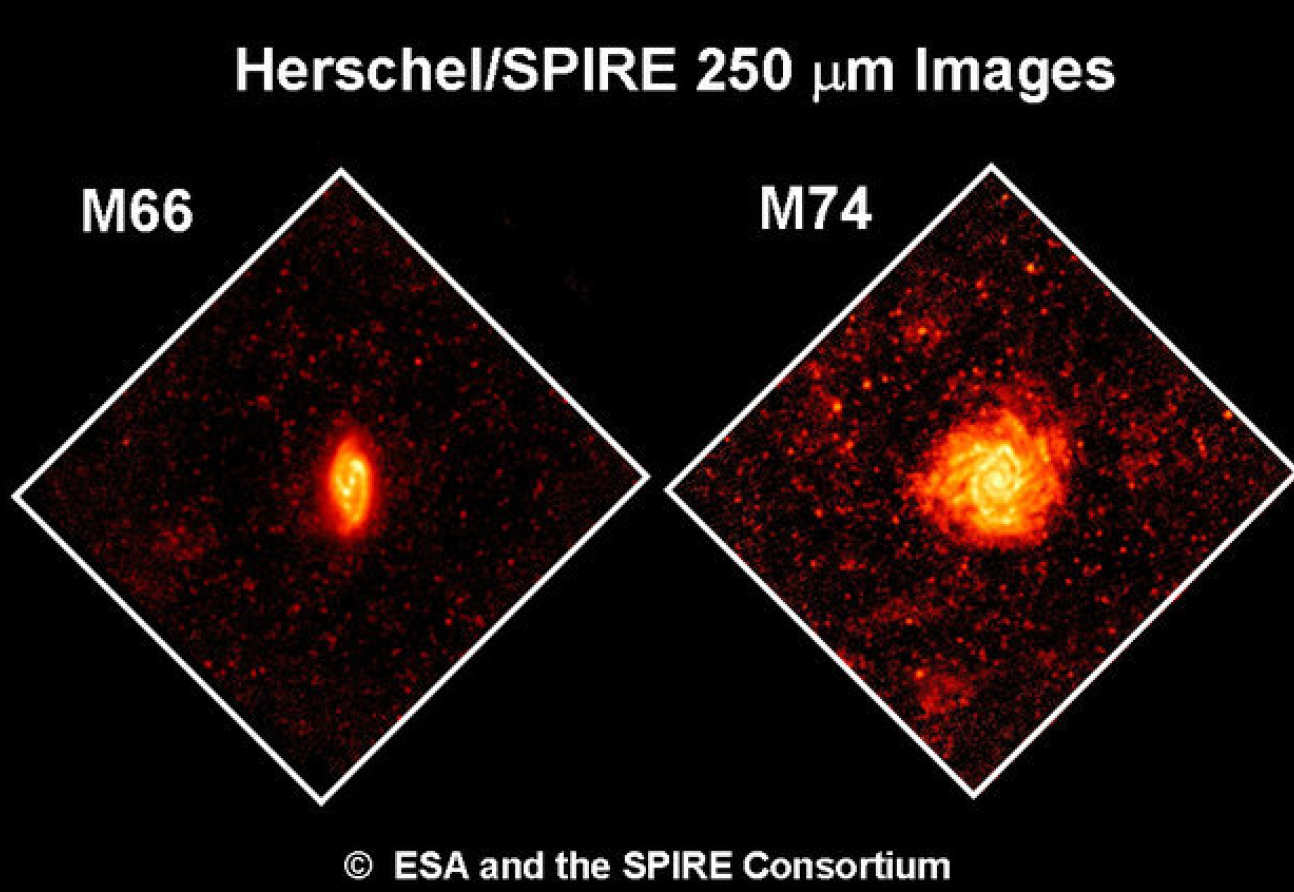 Little Herschel data has been released so far, but the first results of the science demonstration phase observations will come out soon. Developments can be followed on the Herschel Mission Blog. Some early images from Herschel have nevertheless been released. Here we show images of a couple of local galaxies produced from some of the earliest Herschel observations by Imperial College members of the SPIRE instrument team.