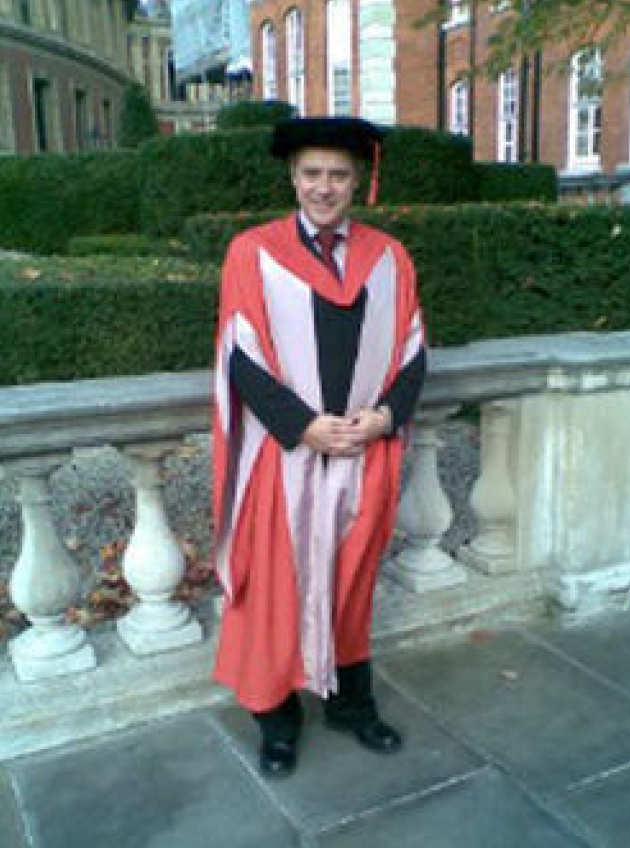 Since his Ph.D. studies in the early 1990's, George Britovsek has been interested in the catalytic properties of transition metal complexes in homogeneous solution.

He obtained his M.Sc.-equivalent degree from the Technical University of Aachen, Germany, in 1990. During his Ph.D. studies under the supervision of Prof. W. Keim at the same university, he investigated enantioselective co-dimerisation of styrene and ethylene to 3-phenyl-1-butene, catalysed by palladium complexes.

He was awarded a PhD degree in 1993 and continued his research as a post-doctoral fellow with Prof. K. J. Cavell at the university of Tasmania, Australia. During this period between 1994 and mid 1996 he carried out research on the palladium-catalysed co-polymerisation of CO and ethylene.

From 1996 until October 2000 he worked as a postdoctoral researcher in the group of  Prof. V. C. Gibson FRS at Imperial College, London, where he explored the field of transition metal catalysed olefin polymerisation. This research, in collaboration with BP, led to the discovery of a new family of catalysts for the polymerisation of ethylene based on iron and cobalt complexes containing tridentate nitrogen ligands. These new catalysts are highly active, easy to prepare and cheap.

In October 2000 he was appointed as Lecturer in Catalysis at Imperial College. In 2017, he was promoted to Professor of Chemistry and his research programme is centred around the issue of Carbon Management: how will we meet our future carbon demands? This involves the design and application of catalysts for the functionalisation of alkanes, biomass and CO2, with the aim of exploring their potential as alternative carbon resources for chemical synthesis.