A collaborative research project between Imperial, the British Geological Survey and Centre for Ecology and Hydrology funded under the NERC Flood Risk from Extreme Events (FREE) programme. 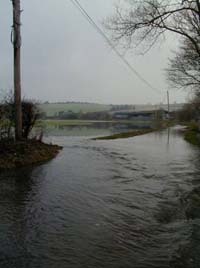 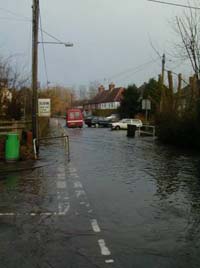 Groundwater Flooding in the Pang Catchment 2001

Groundwater flooding is caused by the emergence of water from sub-surface permeable strata, and is often characterised by long flood durations that can cause prolonged disruption and relatively high damage. Extensive groundwater flooding occurred in the winter of 2000/1 in South East England and Northern France.

Studies suggest that the flooding was caused by expansion up the valleys of the area where the water table intersects the ground. The total rainfall during the seven month period from October 2000 to April 2001 was the highest since records began in 1885, whilst individual rainfall events during this period were not exceptional. However, other observations, notably following the very intense rainfall events in summer of 2007 (90m mm in 12 hours), show that a water table which is tens of metres below the surface can respond very rapidly to individual rainfall events, which implies another possible flooding mechanism. These different modes of response are typically attributed to the dual permeability nature of the Chalk unsaturated zone.