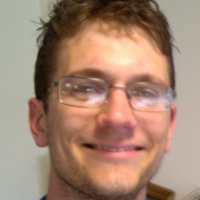 I joined the Fluids CDT after studying Chemical Engineering for 4 years at the University of Cambridge. I considered many options after completing my first degree; find a job in Industry or continue with my studies. The most interesting option was the Fluids CDT. Not only has the CDT offered something different to my previous degree (change from Chemical to Aeronautical Engineering) but it has also expanded my view in the field of fluid mechanics.

My MRes project was based in the Department of Mathematics.  The project was titled ‘Efects of streamwise elongated and spanwise periodic surface roughness elements on boundary layers: governing equations and method of solution’.  The motivation behind the project was drag reduction as it has recently been supported more and more by experiments, that certain surface roughness formations are able to delay turbulent transition, and hence, reduce aerodynamic drag. The project included the study of the velocity field over streamwise elongated and spanwise periodic surface roughness elements. The framework of the project was the so called ’triple-deck’ theory. In this the velocities and pressure were sought using asymptotic analysis. This tool provided a good theoretical approximation to the initial conditions of the flow field which are ideal for further numerical calculations.

Before joining the CDT here at Imperial, I read Engineering at Cambridge and MIT, specialising in fluids and turbomachinery. After completing an MEng project in the design of compressor blades, I wanted to move away from turbomachinery and back to something more general. I found that the CDT in Fluid Dynamics across Scales was exactly what I was looking for!

In the first year of the CDT I had the chance to focus more on computation and completed an MRes project entitled: “Adjoint Enabled Shape Optimisation of Fluid Bearings”. This brought together lubrication theory, computational methods and optimisation and was so much fun that I chose to remain in the field of tribology for my PhD.

The PhD project I have started is looking at the “Analysis and Design of Next Generation Knee Prostheses”. Modelling thin lubricant films in biological joints is especially difficult due to many factors including the complex geometry, transient behaviour and the nature of synovial fluid itself which contains proteins and other material leading to interesting non-Newtonian effects. Having a comprehensive computational model of prosthetic knee joints will allow for the design of future knee replacements with improved lifetime and stability. 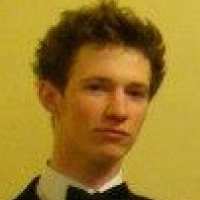 During my undergraduate studies at Trinity College Dublin (Mechanical Engineering), I became fascinated by the complexity of fluids and in particular their ubiquity as a medium for energy transfer. Despite the initial lure of aerospace, I quickly learned the near infinite scope of fluid dynamics research. This lead me to pursue the Fluids CDT, it providing the best program to investigate fundamental fluids research and cultivate an awareness of its scope.

For my MRes I chose a project in Applied Maths department, seizing the opportunity to experience an unfamiliar approach to research. Investigating the stability of Spherical Couette flow, or the flow between two differentially rotating concentric spheres; the work consisted of analytical methods to derive perturbation expansions at low Reynolds numbers, and numerical analysis for the investigation of new parameter regimes. Ultimately the project evidenced the existence of new flow transitions between equilibrium solutions.

For my PhD I will continue related work by retaining the same geometry, but extend the problem to contain thermal and subsequently magneto-convection. Whilst retaining a fundamental nature the problem exhibits some overlap with geophysical research thus generalising to many fields.

Having studied Physics at undergraduate level, I was drawn to the Fluids CDT to apply my knowledge to real-world problems. Fluid dynamics is a very broad area, with applications in an enormous range of fields, so the CDT was the ideal next step.

I’m now undertaking my PhD in the department of Earth Science and Engineering, working on the hazard assessment and mitigation of storm surges impacting the UK, an increasingly relevant problem requiring advanced numerical techniques in computational physics.

The objectives of my PhD project are to develop a multi-scale modelling capability for storm surges, using adaptive unstructured meshes for enhanced resolution in coastal regions, to solve the shallow water equations, forced by atmospheric pressure and wind stress. A key part of such a capability is the modelling of wetting and drying processes along the coastline, including modelling of building-scale inundation.

Further objectives include the use of novel adjoint methods to compute uncertainties in the model, as an alternative to ensemble uncertainty quantification approaches used in current operational models, and to perform data assimilation to provide hindcasting and potentially forecasting capability, with the 2013 storm surge focussed on the Humber estuary a potential hindcasting scenario.

I developed a strong interest in fluid mechanics during my BEng at the University of Liverpool, where thanks to an EPSRC grant I was given the opportunity to work with the dynamics research group on wall bounded turbulence. In order to strengthen my background in fluid mechanics I then completed the MSc in Advanced Computational Methods for Aeronautics, Flow Management and Fluid-Structure Interaction at Imperial College London. During this year I discovered the CDT in Fluid Dynamics across Scales which I joined the following year.

I took advantage of the opportunity given to the CDT students to explore a different topics, and decided to try the field of thermoacoustic for my MRes project. I really enjoyed the project and hence decided to continue it for my PhD.

I am working on the Sensitivity analysis of thermoacoustic instabilities. These instabilities present a modern challenge in the design of gas turbines for both aero engines and power plants. The enclosure of the flame within an acoustically resonant system such as the combustion chamber, can cause the amplitude of the acoustic perturbation to grow. This is due to a vicious cycle that can arise from the coupling between the unsteadiness in the fuel supply, the heat release rate and the reflection of the acoustic waves from the boundaries.

The aim of the project is to apply a systematic sensitivity analysis of the parameters and components of the system to identify the optimal configuration that would avoid the occurrence of such instabilities.

I earned my MEng in Aeronautical Engineering from the Department of Aeronautics at Imperial College. During my undergraduate studies I spent time studying/working at ISAE-SupAéro in Toulouse, Rolls-Royce, and the Von Karman Institute for Fluid Dynamics, Belgium.

My MRes project was a numerical study of the mixing which occurs in magma chambers when new magma is injected. The project, performed within the Applied Modelling & Computation Group in the Department of Earth Science and Engineering was the first time the Fluidity LES CFD code had been used to model magma flows.

For my PhD, I have returned to the Department of Aeronautics where, in collaboration with the European Space Agency and Fluid Gravity Engineering, I am studying spacecraft fragmentation during uncontrolled atmospheric entry. The project’s goal is to improve our understanding of spacecraft aerodynamics during re-entry events above 80 km. This will result in a more accurate ground casualty risk estimate, which should be less than 1 in 10,000… After all, no one wants bits of satellite falling on their head!

I joined Imperial in 2014 after completing my Bachelors in Mechanical Engineering at VJTI, Mumbai. After completing an M.Sc. in Computational Methods in the Department of Aeronautics, I joined the CDT to further my knowledge of theoretical and computational fluid dynamics.

My M.Sc. research project involved a numerical study of exact localised solutions in plane Couette flow to explore the role they play in transition to turbulence. During my M.Res. Project, I studied the effect of noise and non-normality on certain fourth-order parabolic thin film PDEs.

My Ph.D. project in the Department of Mathematics is concerned with the study of particle representations of gradient-PDEs and SPDEs (similar, in structure, to the ones in my M.Res. project). In particular, I am interested in investigating the mean field limit of many-particle interacting diffusions.