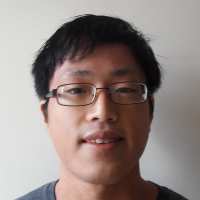 Before starting at the Fluids CDT, I did an MSci in Maths and Physics at Durham University.  My Master’s project on ‘Lagrangian Coherent Structures’ investigated underlying structures in complex flows using a finite-time Lyapunov exponent approach. The CDT route appealed to me since the MRes year covers lots of different topics that I hadn’t been exposed to before.  I am particularly excited to learn more computational techniques. The exposure to a wide range of areas in fluid dynamics during the MRes year also helps to make a more informed decision when it comes to choosing a PhD project.

I come from Strasbourg, France. After completing the “Classes Préparatoires” program in Mathematics and Physics at Lycée Kléber in Strasbourg, I studied at ISAE-Supaero in Toulouse, France, where I completed my Msc in Aerospace Engineering.

There, I have developed a strong interest in Fluid Mechanics and particularly in Computational Fluid Dynamics (CFD) through several research projects. I am passionate about race cars aerodynamics and undertook my Master’s Thesis project within the Aerodynamics Departement of Toyota Motorsports in Cologne, Germany.

I was attracted by the CDT approach to Fluid Dynamics, covering theoretical, numerical and experimental aspects. The CFD capabilities at Imperial College and its strong links with the Formula 1 industry increased my motivation to join this program. 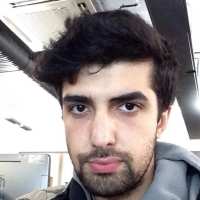 Before joining the CDT I did my masters in theoretical physics here at Imperial College in the Physics department. My master thesis was on the geometry and algebraic structure of ideal fluid dynamics. In other words approaching the Euler equations from a group theoretical point of view. In doing so one can find several analogies between rigid body dynamics and hydrodynamics as well as well as understanding higher dimensional flows and general properties of flows.

The reason I was drawn toward the CDT program was that I wanted to do something much more applied, practical and with direct real world application. I love the maths that comes with it but at times theoretical physics can be highly lofty and intangible so the CDT programme was a perfect transition. I've also really loved fluid dynamics ever since I first encountered it. It is such a powerful and interdisciplinary field. Finally another reason for joining the CDT was that I would get quality training in computational methods which is absolutely invaluable.

The CDT is full of great individuals from different fields so it has been very illuminating and instructive to meet all these guys; they're a great bunch. Plus I don't think I've ever been around this many engineers.

My name is Kieran Montgomery, and I studied for an integrated masters of Mathematics at the University of East Anglia (UEA). My masters dissertation studied integrable systems, and in particular, different methods to solve the Koreweg-de Vries equation and the nonlinear Schrödinger equation.

During my undergraduate studies, I learnt a broad range of mathematics ranging from set theory and the theory of finite groups, to quantum mechanics and slow viscous flow. In all of the mathematics I learnt however, I became very interested in fluids. This is why I chose to study fluid dynamics at Imperial College London. The CDT particularly interested me with its MRes year, and the wide variety of fluid disciplines on offer, such as turbulence and computational fluid dynamics.

Before joining the CDT, I received my MEng in Mechanical Engineering from the University of Birmingham. I completed a year in industry working at Shell in the diesel fuel testing department. During my undergraduate degree, I only studied a small amount of fluid dynamics, with a heavy leaning towards CFD, numerical methods and computing, so the CDT was perfect for improving my theoretical background while building on the my computational knowledge. The diversity of the course is what really appealed to me, as you are able to do projects in such a wide range of fields and aren’t constrained to a certain discipline.

Having always had a great interest for aeronautics disciplines, I completed a MEng in Aeronautical Engineering at Imperial College London.

During this time I had the opportunity to work in the Thermo-Fluids division of the Mechanical Engineering Department as a UROP student thanks to a scholarship: this project was about the characterisation of fluid properties in a lab burner.

In my Master project I worked on analysing the behaviour of small heavy particles in a vortical flow field and understanding which flow properties would lead to clustering or spreading of these particles.

All of this gave me a great passion for fluids, which I decided to continue developing by joining the CDT in Fluids: doing a MRes wil give me a greater and deeper knowledge of fluid mechanics which lead me to a conscious choice for the PhD.

My MRes project and PhD will be with the Earth Sciences and Engineering department at Imperial with support from Schlumberger, where I will be looking at modelling polymer flooding. This relates to the four years of Petroleum Engineering I studied but being on the CDT gives me exposure to the wider topic of fluid flow, outside of just fluid flow in porous media and the hope is to able to use this knowledge and integrate it into Schlumberger’s commercial reservoir simulators.

As well diversifying my knowledge of fluid dynamics, the CDT allows me to better understand topics I’ve covered in my undergraduate studies and also allows me to branch out of Petroleum Engineering.

The mathematics that form the foundation of fluid mechanics has always been of great interest to me. Furthermore the breadth of this subject guarantees numerous interesting problems, making the study of the field very appealing.

I decided to apply to the CDT because it is an excellent opportunity to be exposed to a variety of problems, allowing me to make a more well-rounded decision when choosing potential PhD topics. 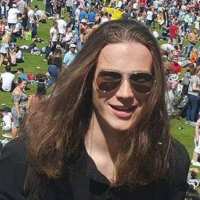 For my undergraduate, I studied an MSci in Chemistry with Mathematics at UCL. As part of the taught aspect of my course, I had some very limited exposure to fluid dynamics, mainly as an application of Mathematical techniques.

My interest in fluid dynamics stemmed from the research project I undertook for my Masters entitled "Theory and Simulation of Active Nanoscopic Vesicles", which examined the dynamics of self-propelled particles with the possible application of drug delivery to the brain. There was no sufficient 3-dimensional model to describe the motion of these individual nanoswimmers, so the task of the project was to try and create a theory to describe them.

It was during this project where I had extended exposure to fluid dynamics, which sparked a deep interest in the subject, which inspired me to join this CDT. 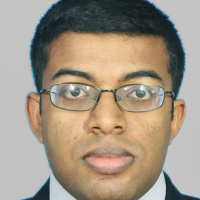 I did my undergraduate in mechanical engineering in University of Moratuwa, Sri Lanka. During the undergraduate, I had a keen interest in the field of fluid dynamics and heat transfer. My final year project was on the formation of heat column in high rise building. When I was considering on broadening my knowledge on fluid dynamics I was confident enough that the CDT will be the ideal choice for my field of interest due to its multidisciplinary approach and the courses are covering the theoretical, experimental and numerical aspect of fluid dynamics in depth. 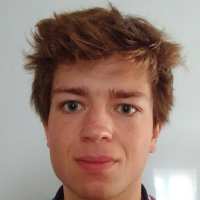 I originally encountered fluid dynamics, primarily in the context of atmospheres and oceans, while studying Physics at Oxford. My MPhys project on working on parametrising turbulent flows in climate models there convinced me that I wanted to pursue a PhD in fluids. However, I wanted to have a wider exposure to the possible applications of fluid dynamics prior to choosing a specific project. For this reason the CDT at Imperial, with the structure of having an initial MRes year, strongly appealed to me. Also, coming from a Physics background, the opportunity to see the different approaches taken to fluids in maths and various disciplines of engineering, is something that I thought would be very useful given the interdisciplinary nature of the field.