Find out how to contact us about PhD Opportunities

The Heeney group is part of the Centre for Processable Electronics.

Our research group concentrates on the design, synthesis and characterisation of organic semiconductor materials for a range of optoelectronic applications, including field effect transistors, photovoltaic devices, light emitting diodes and sensors. Our research is highly multi-disciplinary and collaborative, covering aspects of organic, polymer and materials chemistry with a central theme of establishing relationships between molecular design, synthetic methodology, processing and performance.

Current projects include the investigation of chalcogen containing conjugated polymers, where in a series of publications we demonstrated that the switch of sulfur for selenium can result in significant enhancements in electronic performance and result in some of the best performing ambipolar materials prepared to date. We are currently following up this work with the investigation of tellurium containing polymers.

In the area of organic solar cells, we have continued our studies into the development of novel donor polymers. We have extensively investigated the role of the bridging atom in fused aromatic containing polymers. We have shown that the replacement of silicon with germanium results in a significant improvement in the stability of the monomer to base, enabling polymer synthesis by the more benign Suzuki coupling rather than Stille polycondensation. The heteroatom switch also results in an increase in solar cell performance, and an increase in polymer crystallinity for a number of polymeric systems. We have also been active in the search for electron transporting organic materials. We have shown that oxidised DPP derivatives can be stabilised by the inclusion of four strongly electron withdrawing cyano groups. The resulting material forms highly ordered thin films and demonstrates air stable electron transport with some of the best mobilities reported to date. This work, in collaboration with Professor Thomas Anthopoulos (KAUST), also demonstrated the first example of an n-type transistor fabricated from a blend of the active component with an insulating polymeric binder. 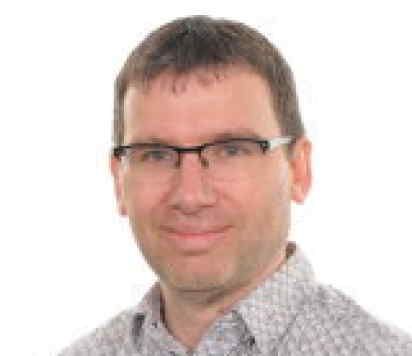