DUNE will be a third generation accelerator-based neutrino oscillation experiment, searching for CP violation in the neutrino sector

The Deep Underground Neutrino Experiment (DUNE) is a leading-edge, international experiment for neutrino science and proton decay studies. Discoveries over the past half-century have put neutrinos, the most abundant matter particles in the universe, in the spotlight for further research into several fundamental questions about the nature of matter and the evolution of the universe — questions that DUNE will answer. DUNE will consist of two neutrino detector complexes placed in the world’s most intense neutrino beam. One detector complex will record particle interactions near the source of the beam, at the Fermi National Accelerator Laboratory in Batavia, Illinois. A second, much larger, detector complex will be installed more than a kilometer underground at the Sanford Underground Research Laboratory in Lead, South Dakota — 1,300 kilometers downstream of the source. These detectors will enable DUNE scientists to search for new subatomic phenomena that could transform our understanding of the universe and the role of neutrinos in it.

Could neutrinos be the reason that the universe is made of matter rather than antimatter? By exploring the phenomenon of neutrino oscillations, DUNE seeks to revolutionize our understanding of neutrinos and their role in the universe.

With the world’s largest cryogenic particle detector located deep underground, DUNE can search for signs of proton decay. This could reveal a relation between the stability of matter and the Grand Unification of forces, moving us closer to realizing Einstein’s dream.

DUNE’s observation of thousands of neutrinos from a core-collapse supernova in the Milky Way would allow us to peer inside a newly-formed neutron star and potentially witness the birth of a black hole.

Imperial scientists play a key role in designing the data acquisition systems for DUNE both at the far and near detectors. We have particular involvement in control and configuration, data quality monitoring, and the interface with near detector electronics where Drs Tapper, Hamilton and Dunne respectively have leadership positions within the DAQ consortium. Furthermore, Professor Wascko is principal investigator of the overall DUNE UK project.

Imperial is also heavily involved in the design and construction of the high-pressure gas TPC that will form part of the ND-GAr near detector. Particularly, we are carrying out tests of the readout chambers that will be used for this detector as well as designing the data acquisition electronics and analysing data from beam tests.

We also have a growing presence on ProtoDUNE, working on the recombination measurement and proton reconstruction. We are using the test beam data to understand how well deep learning based particle identification methods will translate from simulated to real data.

MINERvA  is a dedicated neutrino interaction cross section experiment in the NuMI beamline at Fermilab. MINERvA has taken nine years of data in a combination of neutrino and antineutrino mode on a variety of different nuclear targets. Understanding the interactions of neutrinos with nuclei heavier than oxygen is vital for the future physics program of DUNE, which will primarily use argon as the target nucleus. The MINERvA data set represents a unique opportunity to perform these measurements and investigate whether anomalies such as the EMC effect seen in lepton scattering will impact future neutrino oscillation measurements. 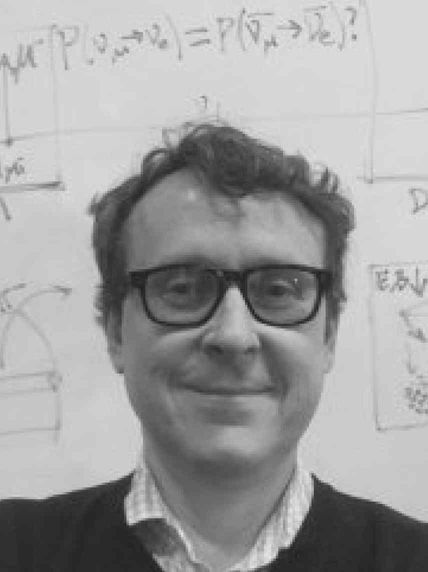