Click here to view the previous group photos and the past members of our research group.

Richard did his DPhil at the University of Oxford in the area of atomic spectroscopy (pressure broadening of spectral lines). He then spent a year working at the Kernforschungszentrum Karlsruhe on laser spectroscopy of unstable isotopes. After a further year in Oxford working mainly on the Oxford atomic parity violation experiment he moved to the National Physical Laboratory where he was involved in the first UK experiment on laser cooling of trapped ions. He moved to Imperial College as a lecturer in 1986 where he set up experiments on quantum optics with laser-cooled trapped ions. These experiments now include work on Coulomb crystals and ultrahigh resolution spectroscopy.  He is also currently involved in the SPECTRAP project at GSI Darmstadt. He is now a Professor of Experimental Physics at Imperial College. 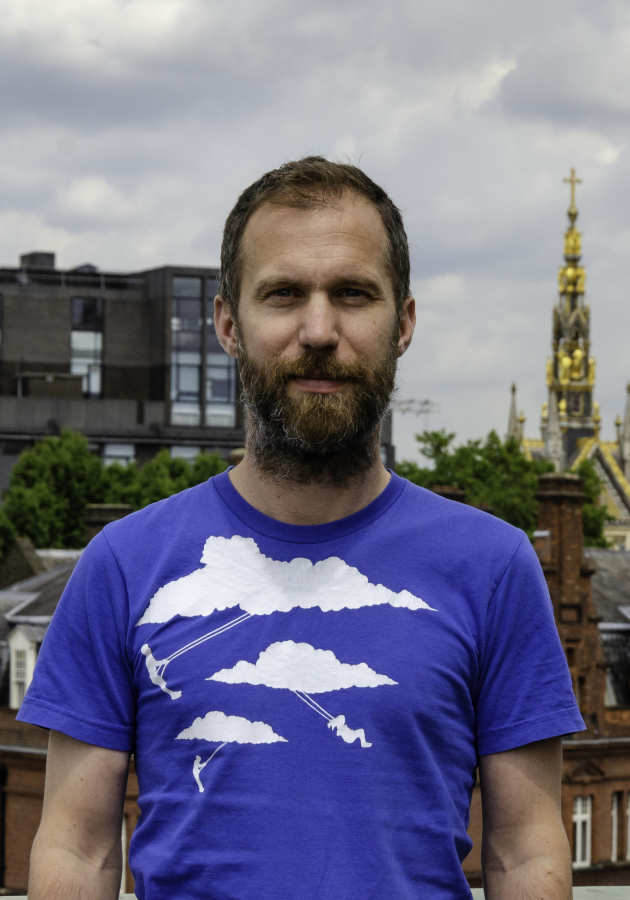 Florian worked with Christof Wunderlich in Hamburg, developing ideas for microwave control of trapped ions. He received his PhD from Ludwig-Maximilians University in Munich for work on entanglement measures with Andreas Buchleitner. After being PostDoc in Rio de Janerio, Cambridge MA and Freiburg, he was the group leader at the Freiburg Institute for Advanced Studies. Since 2013, he is at Imperial College working on optimal control of quantum systems, in particular of trapped ions. 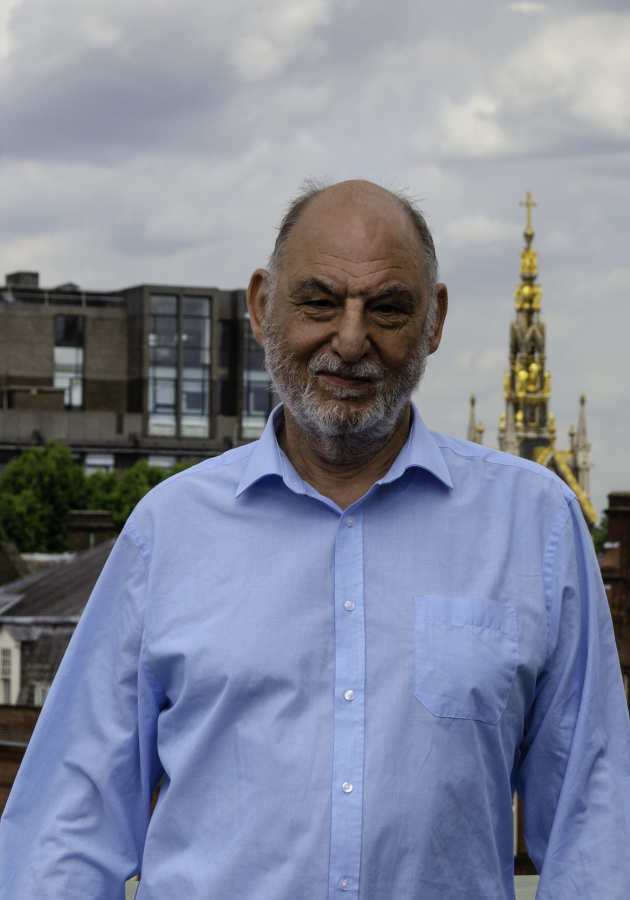 Brian joined Imperial in 1979, initially maintaining and building equipment for the 1.5 metre infrared telescope in Tenerife. In 1984 he moved to the Physics Instrumentation Workshop manufacturing equipment for the various Groups within the Department. He transferred to what was then the Spectroscopy Group in 1986, working with Dr Dick Learner and Prof Jean-Patrick Connerade on Fourier transform spectroscopy and atomic fields. On their retirements he worked with Prof Roland Smith on the Cerberus laser beam line, and the ion trapping group run jointly by Prof Danny Segal and Prof Richard Thompson. He is currently involved in the development and construction of a novel linear RF ion trap. 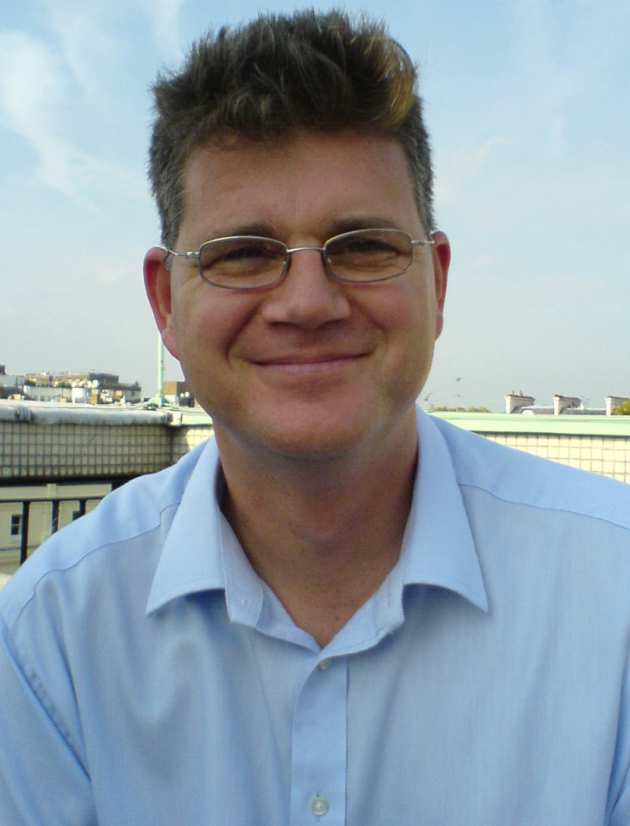 Please click here to read a tribute to Danny

Danny did his PhD and early post-doctoral work in collision physics before joining the ion trapping group at Imperial College, initially as a post doc. He is now a Professor of Quantum Optics and his interests lie in using trapped ions for experiments in quantum optics and for tests of fundamental physics. He has been involved in the co-ordination of a number of EU networks including QUBITS, QGATES and SCALA. He was also involved in a collaboration with the Open University (UK) and the University of Hertfordshire (UK) on giant Kerr nonlinearities in EIT systems and has been a visiting Professor at the University of Paris XIII.

Danny Segal was diagnosed with a brain tumour in September 2014.  Although he was not well enough to return to work after this, he continued to participate in group activities remotely for as long as he could.  Sadly the treatment he received was not able to prevent the growth of the tumour and he passed away in October 2015.

On Wednesday 16th March 2016, a celebration of the life of our friend and colleague Danny Segal took place at the Blackett Laboratory, Imperial College London. There was a session of talks, followed by an evening of music. Videos from the event can be found here. 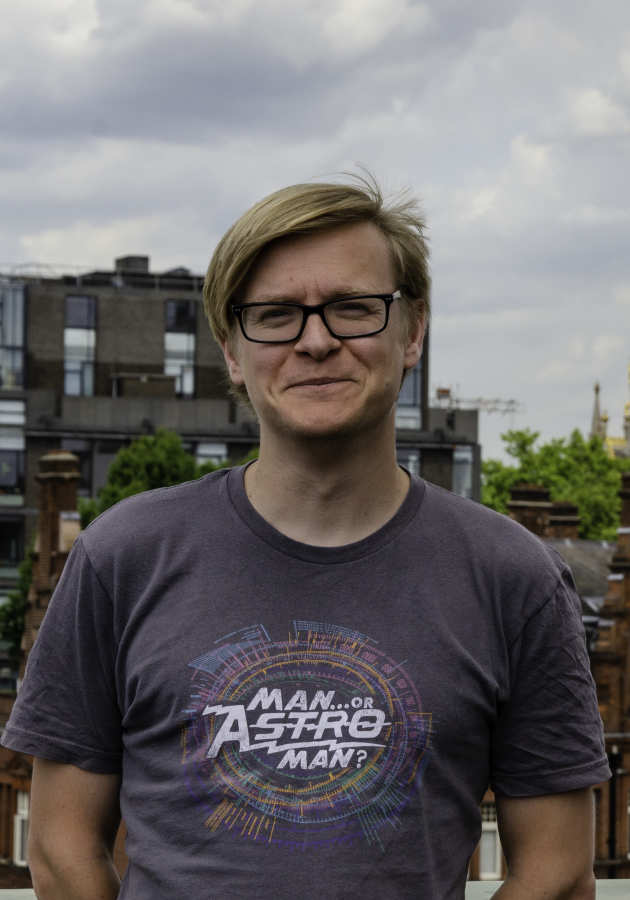 Simon has spent his physics career working in the field of experimental quantum optics, primarily using trapped ions. He did his D Phil at the University of Oxford, where he worked on the ground state cooling of trapped calcium ions as preparation for performing two-qubit quantum gates.

His first post-doctoral role was at the Max Planck Institute for Quantum Optics, in the area of cavity QED using single atoms, primarily for efficient generation of single photons. After this, he returned to trapped ions, working at the University of Oxford, the University of Sussex, and now Imperial College. He has worked on many aspects of trapped ion quantum information processing over the course of his career, including performing quantum gates using both lasers and radiofrequency fields, looking at methods of increasing the robustness of qubits and gates to experimental imperfections, and performing high-fidelity qubit state detection. 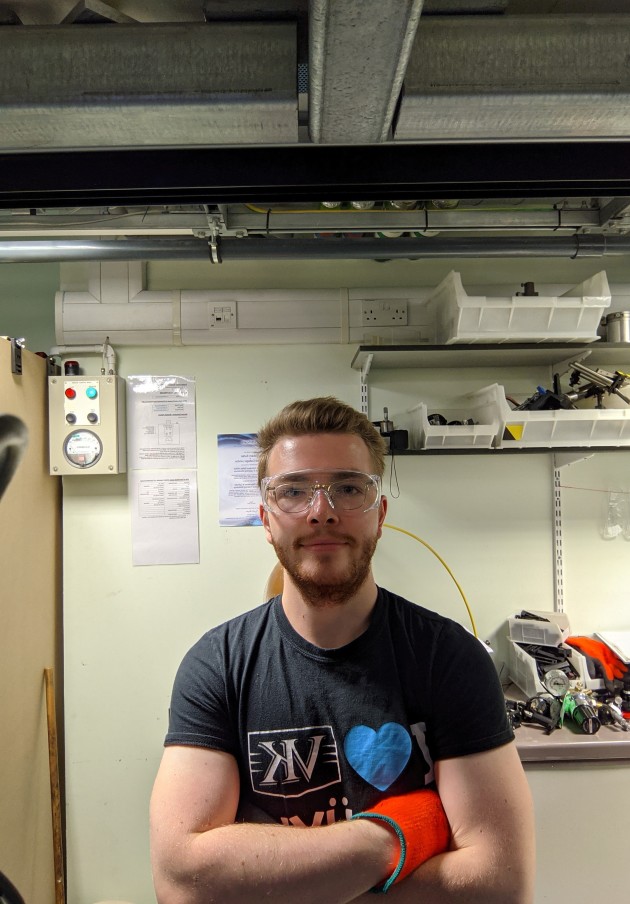 He has since focused his attention on smaller scale quantum systems, finding himself interested in the world of trapped ions. His current research is focused on exploring higher-performance multi-qubit quantum logic gates as part of a wider collaboration with the Oxford Quantum Computing Hub. 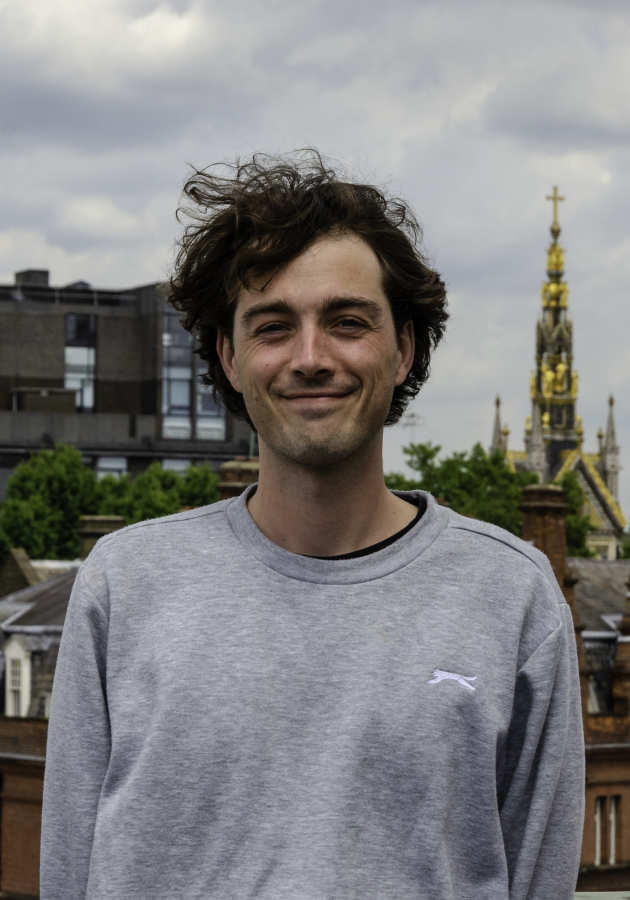 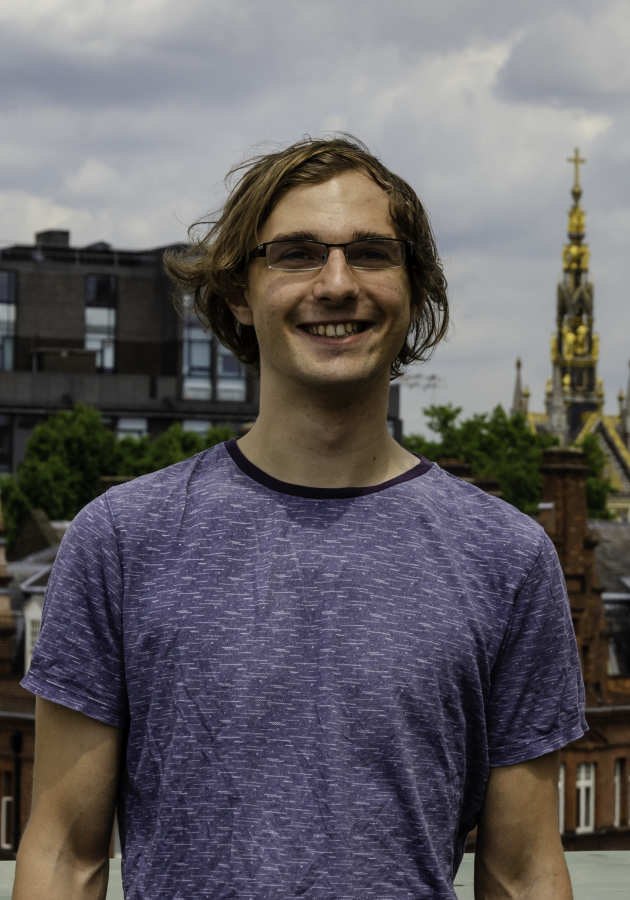 Jake came through the first cohort of the Quantum Systems Engineering skills hub, and now works on the theory side of the group.

His work so far has been focussed on the creation and detection of motional superpositions in single trapped ions, and most recently on optimal control methods to perform the Mølmer–Sørensen two-ion entangling gate with high fidelities in the presence of experimental imperfections. 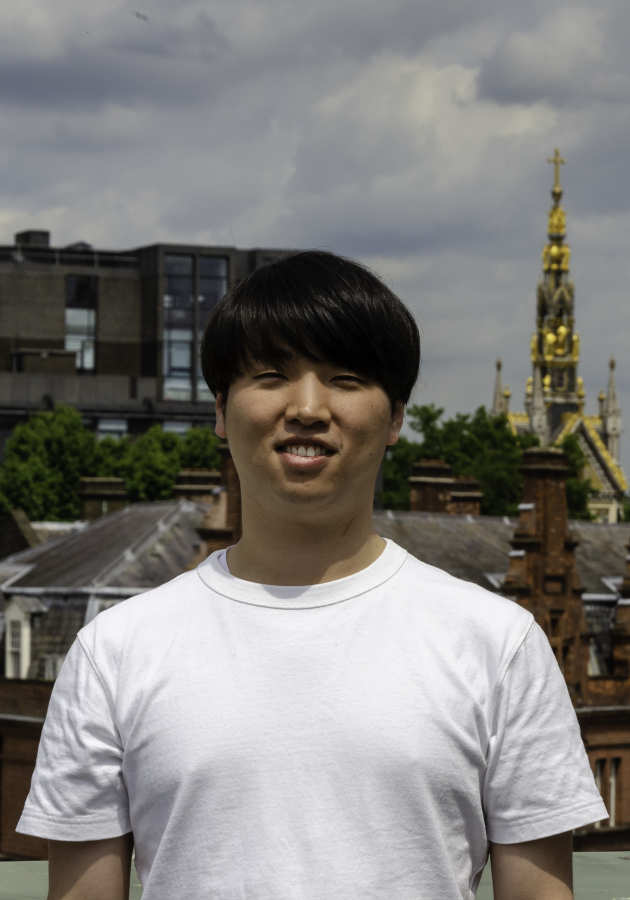 Chungsun completed a BSc in Physics at University of Toronto, Canada. He joined Prof. Richard Thompson's group for his master project on electronic detection of in a Paul Trap. During the project, he developed a strong interest in ion trap applications to quantum information processing. He rejoined the same group for his PhD.

Currently, his research has been focused on optimal control of quantum dynamics in a Penning Trap. 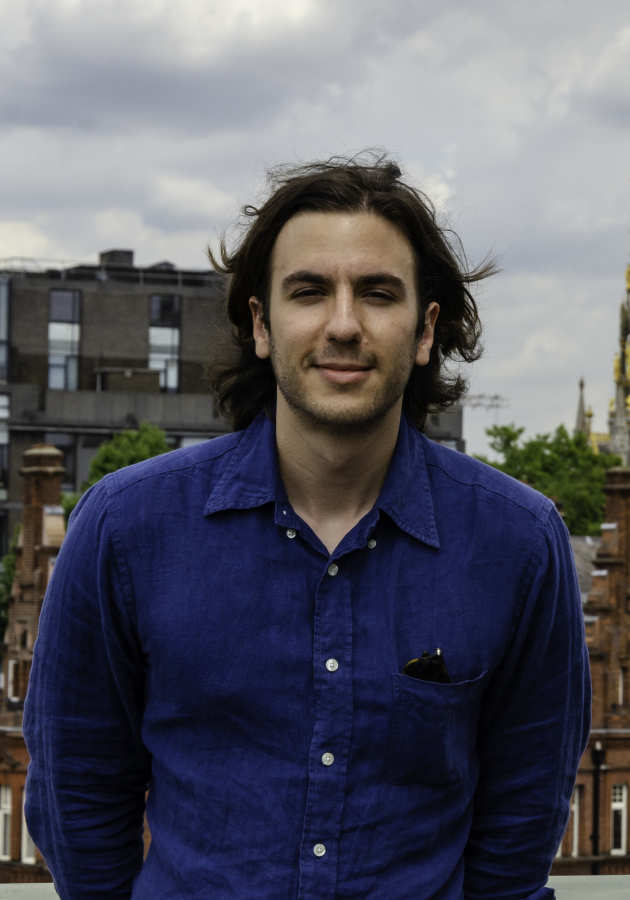 His current research is focused in the optimal control of trapped ions in a linear Paul trap; based in the laboratory of Prof Richard Thompson and co-supervised by Dr Florian Mintert.