Masers are the microwave analogues of lasers and allow unmatched ultra-low noise amplification of signals with frequencies from 100 MHz to 100 GHz. They operate by exploiting a population inversion in a material (the gain medium), where the system has “too much energy”. When a gain medium in this state is exposed to electromagnetic radiation (e.g. microwaves or visible light), photons of the right frequency can trigger the emission of identical photons. These photons then trigger the emission of further photons, causing a chain reaction where a large number of identical photons are generated. Hence, the original light photon is amplified without introducing “noise” photons that distort the frequency or phase of the signal. While masers were actually discovered before lasers, they have historically been confined to niche applications (e.g. deep space communications and astronomy) due to requiring high vacuums and very low temperatures to operate. For example, ruby masers employed to amplify radar signals from the planet Venus (to make the first measurements of its temperature) could only operate below 5 K (-268° C), which required liquid helium cooling.

In recent years, our group has moved masers back towards the mainstream by developing the first solid-state gain media that work at room-temperature and pressure. The first such maser was constructed with an organic molecule called pentacene doped para-terphenyl as the gain medium, using a pulsed laser to create a population inversion. A few years later, we showed that negatively-charged nitrogen vacancy defects in diamond could also be used as a gain medium for a room-temperature maser that can operate continuously, and that pentacene doped para-terphenyl could also operate near-continuously with the aid of luminescent concentrators.

We foresee that masers capable of running under ambient conditions will not only bring advantages to communications, astronomy and radar but will also lead to new applications in MRI and as portable atomic clocks. As the devices continue to be optimised, there is scope for using masers as a source in a manner similar to lasers, while the observation of strongly-coupled Dicke states in a device based on the pentacene maser suggests that masers may have a future as room-temperature quantum devices.

The photo-excited states of many solid-state spin systems have recently gained significant popularity in the scientific literature due to their ability to exhibit exotic quantum phenomena in relatively ambient conditions. Such systems have already been exploited in a range of applications including providing sensitivity enhancement in NMR systems and within this group, as room temperature masers and quantum refrigerators. The use of luminescent concentrators (LC) as efficient pump light sources was developed in this group as a means of improving the performance of such optically excited systems. 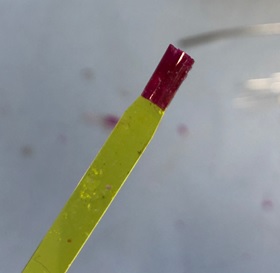 LCs are doped luminescent crystals which efficiently convert incident white light into a comparatively narrow output spectrum. The use of LCs enables the use of intense white light pulses such as from Xenon flash lamps as pump light sources, which can be cheaper, safer, and higher power than laser alternatives. Additionally, through careful design of their geometry, LC’s can act as stable wave-guides onto which certain samples can be grown. The LC then conducts pump light into the centre of the sample, resulting in highly efficient “invasive” pumping of the optically active material. In the case of the pentacene-p-terphenyl maser this results in a remarkable increase in masing duration and intensity compared to conventional laser “side” pumping.

Solid-state source of intense yellow light based on a Ce:YAG luminescent concentrator (optica.org)

Electron paramagnetic resonance (EPR) is a highly sensitive analytical technique used in both research and industry to study various magnetically active materials by measuring the interaction of their unpaired electrons with a resonant microwave field.

Through our collaboration with Imperial’s SPIN-lab, we have access to state-of-the-art X-band continuous and transient EPR facilities which can operate at both room and cryogenic temperatures, with or without optical excitation. In addition, our group has built custom, nano-second pulsed, zero-field EPR spectrometers. To date these spectrometers have been used to probe the zero-field spin dynamics and population ratios of the triplet states of various optically active molecules and thereby assess their suitability for use as new maser gain media.

Unraveling the Room-Temperature Spin Dynamics of Photoexcited Pentacene in Its Lowest Triplet State at Zero Field | The Journal of Physical Chemistry C (acs.org)

Exploring the Triplet Spin Dynamics of the Charge-Transfer Co-crystal Phenazine/1,2,4,5-Tetracyanobenzene for Potential Use in Organic Maser Gain Media | The Journal of Physical Chemistry C (acs.org) 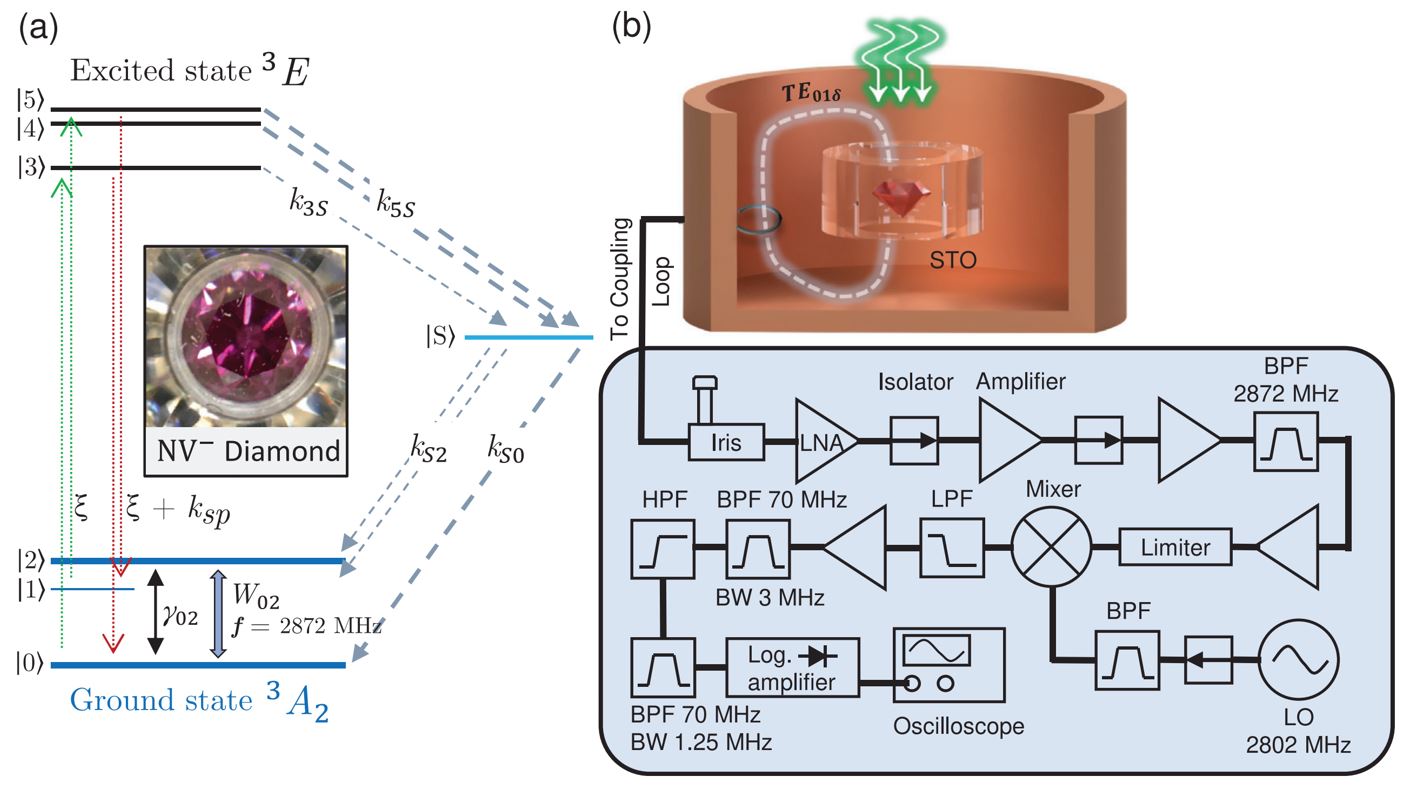 Modern amplifiers enable measurements of microwave frequencies where sensitivity is limited almost entirely by thermal photons occupying the electromagnetic mode, which manifest as noise. Removing these unwanted photons by cooling the mode requires expensive and cumbersome dilution refrigeration. Our research aims to circumvent these difficulties by exploiting `spin-cold’ materials such as pentacene-doped para-terphenyl or NV- diamond that can absorb photons from the mode all while operating on the benchtop without the need for any bulky refrigeration or vacuum equipment. Our work could significantly improve the sensitivities of NMR/EPR scans and imaging which desperately need low-noise amplification of the weakest signals.