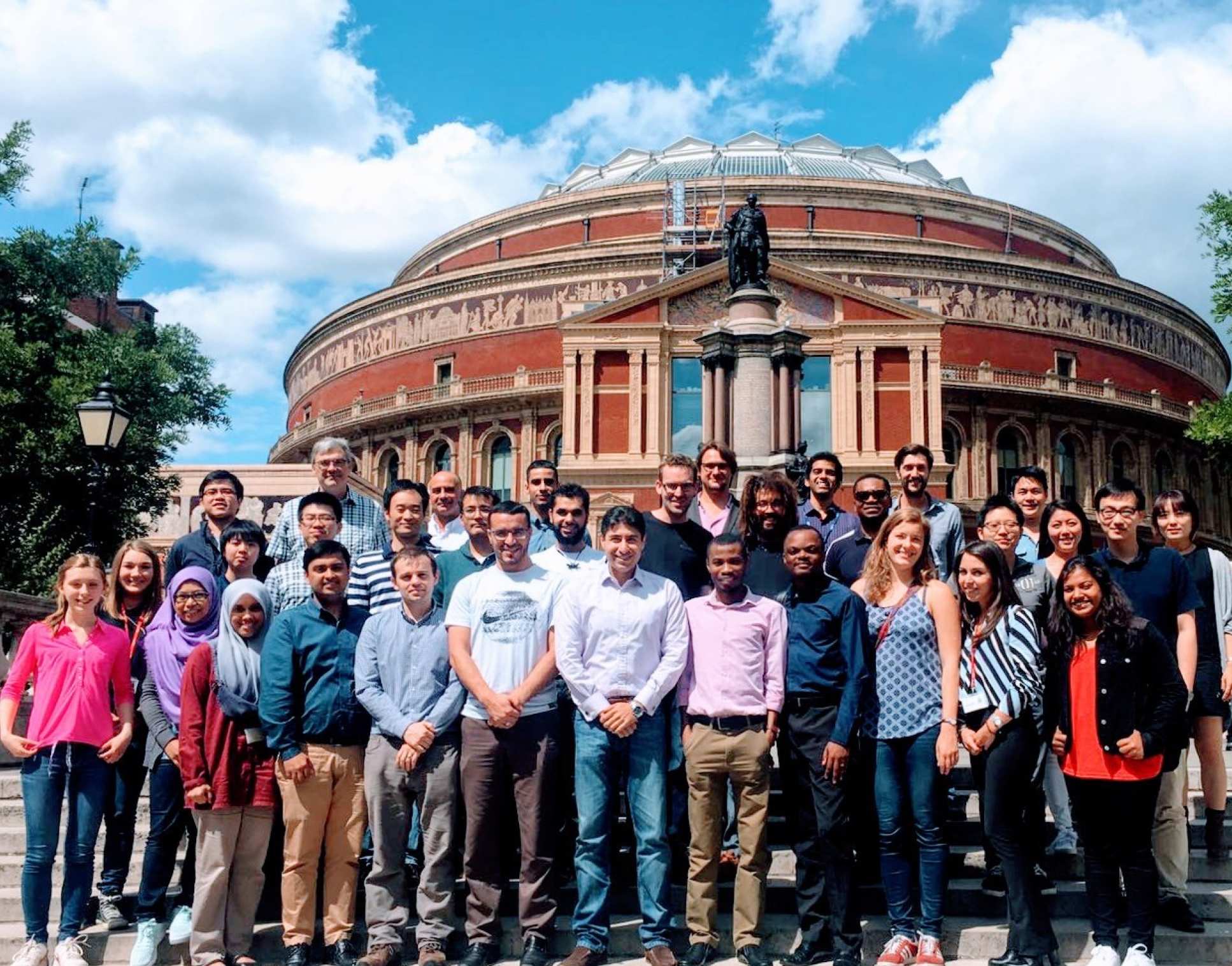 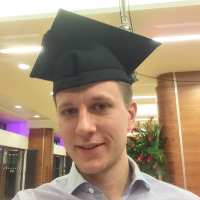 The effect of surfactant on complex interfacial flows: As a part of Transient Multiphase Flow (TMF) Consortium, my research project focuses on a study of the effect of surfactant on interfacial flows. The results that have been obtained from our previous project (the effect of surfactant on flooding phenomenon in vertical, counter-current gas-liquid flows on a large-scale rig) showed a number of important findings around the effect of surfactant on the threshold gas flow rate at which flooding occurs, pressure drop across all flow regimes, complexity of the liquid film topology at different liquid flow rates, entrainment of liquid droplets in the gas, and entrapment of gas bubbles in the liquid. These experiments were conducted in air-water and air-oil systems in the presence of different surfactants. It is now necessary to comprehend the mechanisms underlying the trends and phenomena.
To achieve the project aims, a ‘flexible’ small-scale flow cell will be designed and constructed, and appropriate imaging tools e.g. PIV, LIF, high-speed camera, etc., will be integrated in order to examine system behaviour over a range of parameters, and elucidate mechanisms accounting for inertia, viscosity, capillarity, and the physico-chemical effects arising due to the presence of surfactant. Once the required information is obtained from the small-scale flow cell, further experiments will be conducted on a large-scale rig. There, we will observe the spatio-temporal dynamics that accompany the dynamics associated with parametric changes in the gas and liquid flow rates. The observations made, and, in particular, the effect of surfactant on the transition to flooding and associated phenomena, will be correlated with the small-scale measurements. 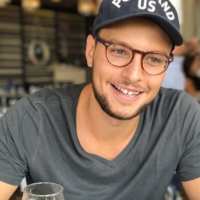 Konstantinos Zinelis being always intrigued by the ‘magical’ world underlying mathematics, physics and chemistry at high school, he went on to study Chemical Engineering as an undergraduate at the National Technical University of Athens. During his diploma thesis, he worked on Self-consistent Field Theory to predict the surface properties of polymer melts. Fascinated by the idea of bridging the gap between chemical scientists and chemical engineers to address the emerging industrial challenges, he became a member of the first cohort of the IMSE MRes Programme in Molecular Science and Engineering at Imperial College London. During his research project, he developed data generation procedures for the accurate parameterisation of reactive SAFT EoS, having a 3-month industrial placement at P&G Company in Cincinnati and PSE Ltd in London. Being well-experienced in the molecular modelling, he chose to 'scale up' and be involved with the challenging world of fluid dynamics, carrying out his PhD in Matar Fluids Group. The objective of his research is to develop the proper numerics that are required to understand the physics governing the spray formation featuring non-Newtonian Fluids, presenting a novel CFD modelling approach." 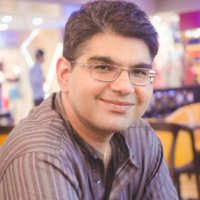 Dr. Nitesh Bhatia is a Virtual Reality (VR) researcher with a background in Perceptual Computing, Information Design & Human Machine Interface. At Imperial College (UK), he will be working as a Research Associate with Matar Fluids Group under Prof. Omar K. Matar. His role is to help the group in developing an interactive & multimodal VR platform meant for education & teaching. Using this platform, complex fluid dynamics models & simulations can be perceived in an interactive 3D virtual environment, which otherwise can be hard to visualize.
Before joining Imperial College, he worked with a Korean company as a researcher for building a Cloud-based VR & AR platform. His PhD research at the Indian Institute of Science (India) involved the development of a human-centric, virtual ergonomics design & task assessment framework for Virtual Environments. As a User-Interface Designer, he was with the design group of a leading Indian company prior his PhD. He is a graduate of Dhirubhai Ambani Institute of Information & Communication Technology (India) with majors in Distributed Systems. He has also co-founded & managed UX of two social networking startups (currently not-functional) aimed at education & volunteering. He delights in exploring programming languages, computing platforms, & embedded systems. In his leisure time, he is an avid photography & art enthusiast, maintaining a compendium of his creative works through his blog dangling-thoughts.com 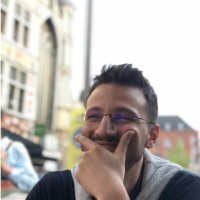 Alessio D. Lavino is a Post-Doctoral Research Associate in the area of molecular modelling and molecular dynamics (MD) simulations relevant to boiling and two-phase heat transfer applications, as part of the Enhanced Multiscale Boiling Surfaces (EMBOSS) project, in collaboration with the University of Brunel and the University of Edinburgh.

EMBOSS combines experimental and computational techniques, spanning the scales from molecular to millimetres. MD simulations at the nucleation scale will be coupled to meso- and macro-scale models in terms of the flow and thermal fields, as well as interface shape (of the nucleated, growing bubble), taking into account substrate properties. 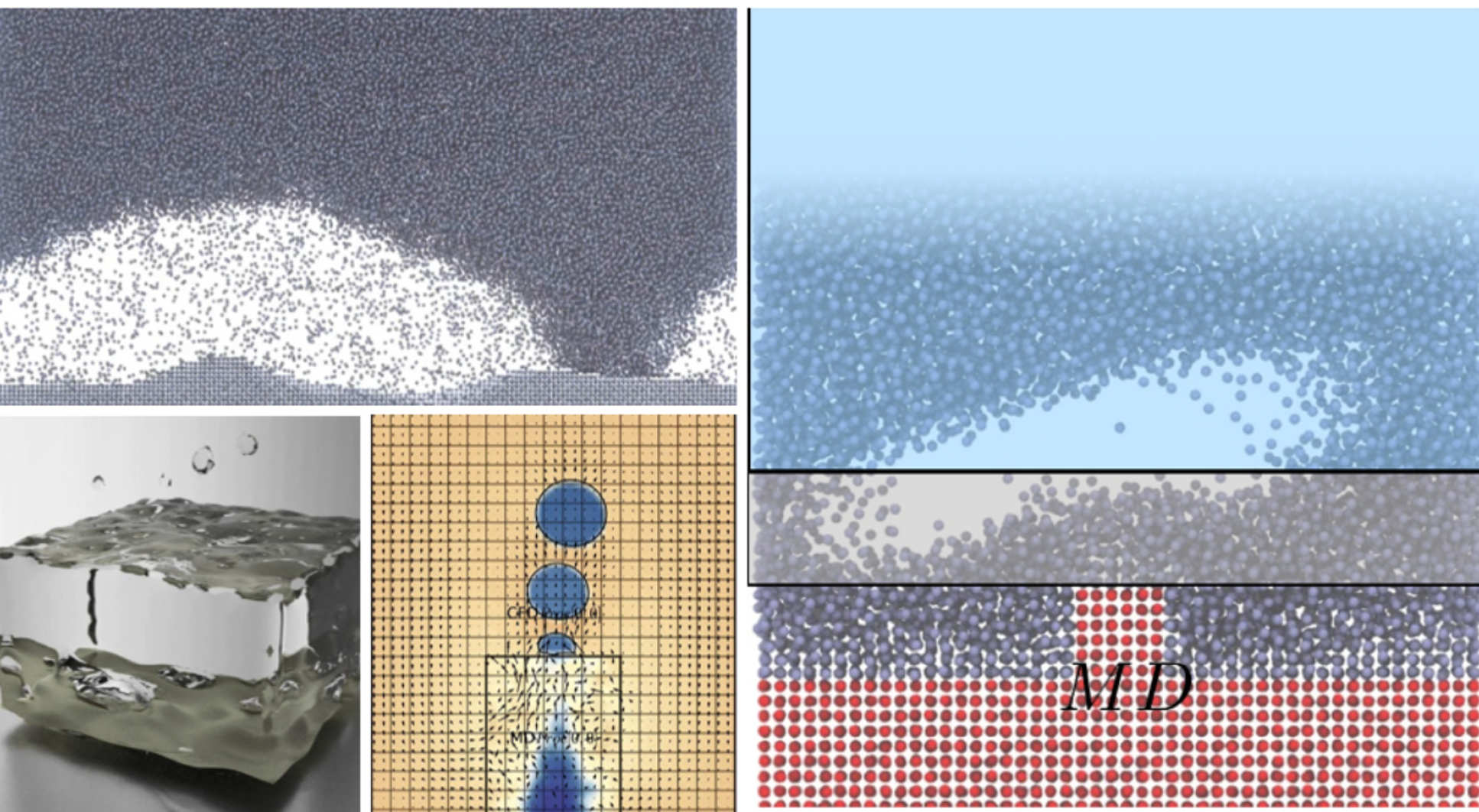 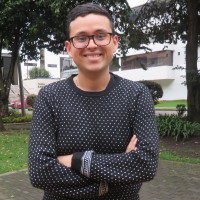 My line of research will be focused in providing a deeper understanding on the mechanics of complex multiphase flows which exhibit a non-Newtonian behavior (i.e crude oil-water liquid-liquid flow and emulsions) commonly found in the Oil & Gas industry. This project will involve the development of open-source codes that are based on the use of interface-tracking techniques. These techniques will allow tracking of markers that follow and define the plane of the interface, which is convected in a Lagrangian manner. The position of the markers evolves according to the solution of the Eulerian flow field. This code will be initially tested on Newtonian flows and then extended to the flow of liquid-liquid emulsions in channels. Based on the results obtained from the simulations, a machine-learning based algorithm will be developed to predict the occurrence of different flow patterns and phenomena such as phase inversion at different operational conditions. 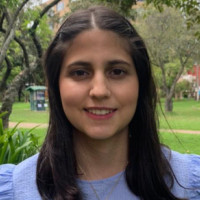 The shift in the Oil & Gas industry towards deep-water exploration has made the formation and agglomeration of hydrates an increasingly concerning issue for flow assurance due to the possibility of plugging and the significant monetary losses that this may cause. In this project, a multiscale approach will be used to understand, model, and subsequently simulate how the various processes involved in the study of hydrates at different scales influence one another. In particular, the influence of smaller-scale phenomena, such as hydrate formation and agglomeration, on the slurry flow's macroscopic properties will be studied. The computational model will be fundamental in nature and will incorporate various aspects related to thermodynamics, kinetics, and transport phenomena required in order for it to be predictive (rather than correlative). Simple flow configurations/situations will be examined first to test, validate, and benchmark the code that will be used to solve the model equations; here, comparisons against published data will be performed. More complex flow situations will then be considered, which will be more aligned with those likely to be encountered in industrial settings. 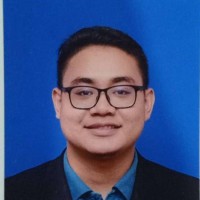 My passion as a researcher grew after reading a statement made by Richard Feynman which related to the atomic hypothesis. I have always been interested in discovering how chemicals behave in different environments, and how to get these different “personalities” of chemical to the desired end-state. This leads to my research interests in molecular modelling and simulation of complex chemical systems. Green chemicals are the major drivers of many research area, and of the green chemicals actively studied is surfactants. Surfactants are used in various applications in our daily life, and despite the rapid development in surfactant chemistry, there are knowledge gaps in determining the optimal structure for the intended application. Screening of surfactants is costly and time-consuming due to the endless possibilities of surfactants morphologies. I believe that molecular modelling allows accelerated surfactant research, and I look forward to conducting this research project. 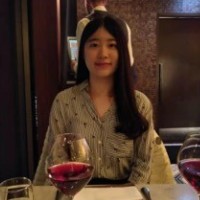 My research interest is in understanding complex dynamics involved in multi-phase flow mixing (i.e., oil-water emulsion) inside a stirred vessel, based on a well-developed numerical simulator where a state-of-art hybrid front-tracking/level-set interface capturing algorithm is embedded. This scenario encompasses multiple non-idealities which are common in practice, such as high turbulence, high volume fraction of dispersed phase, the presence of contaminants (e.g., surfactants). My project intends to provide a clear inspection of vortical structures and interface singularities within such a mixing system which has never been achieved previous experiments or numerical studies.  Based on the simulation outcomes of different computational resolutions, a physics-informed neural network and related variants will be trained to leverage the correlation between low- and high-fidelity data to accelerate the simulation, especially on variations with similar conditions to the available data without requiring repeated simulations. 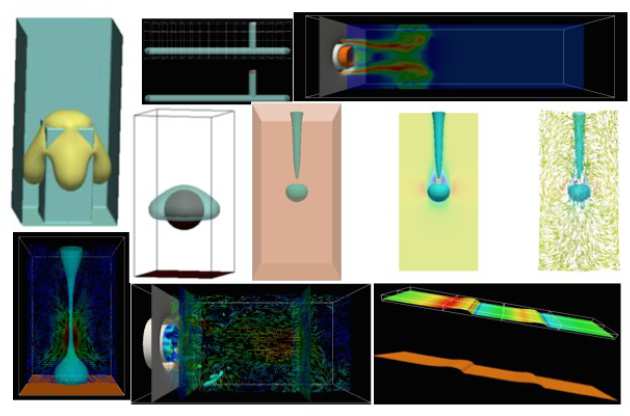 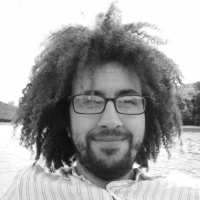 I am research associate on numerical simulation of multiphase flows using front-tracking and domain decomposition methods. Our solver runs on a variety of computer architectures from laptops to supercomputers on 65536 threads or more (limited only by the availability to us of more threads). Our solver also includes modules for flow interaction with immersed solid objects, contact line dynamics, species and thermal transport with phase change.