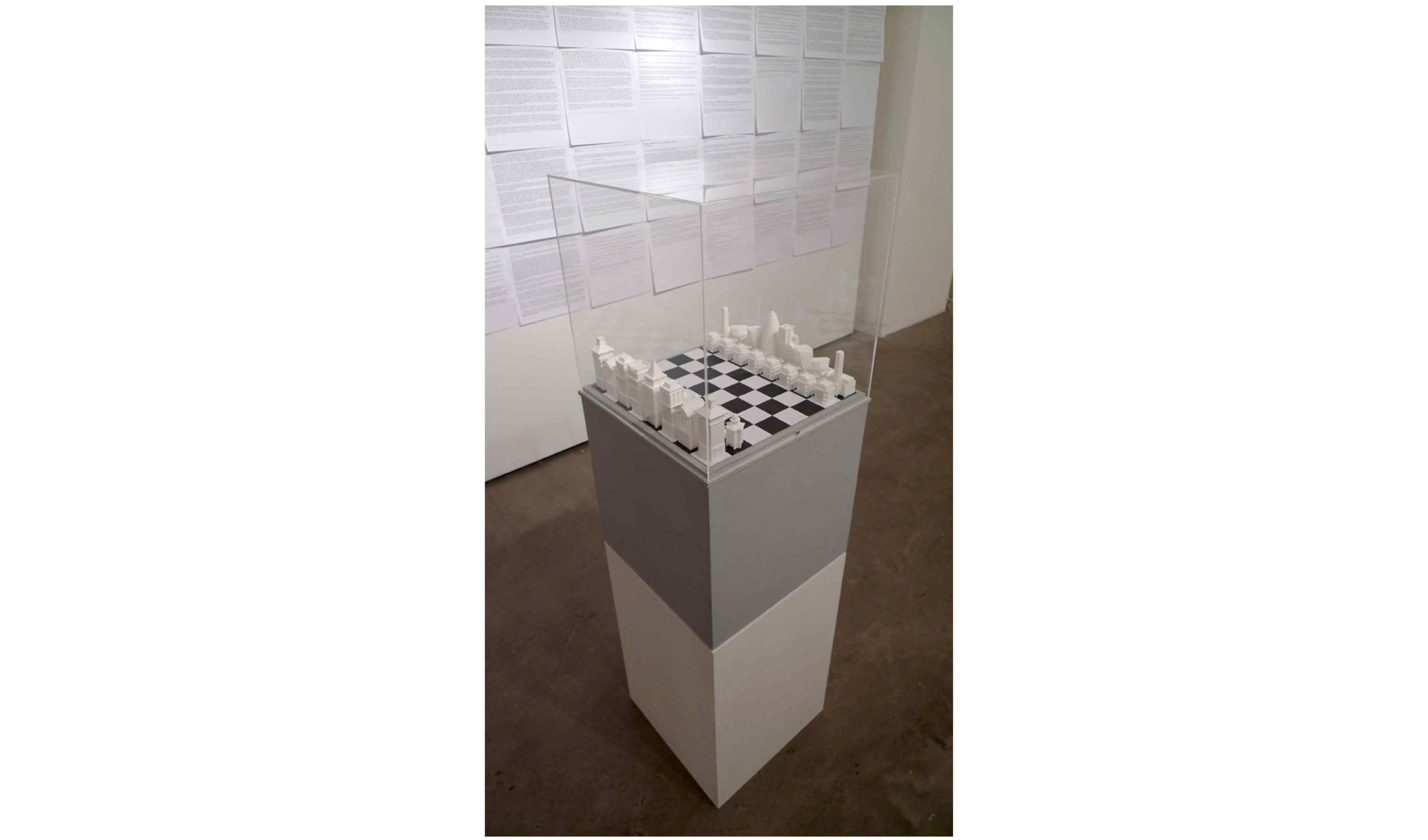 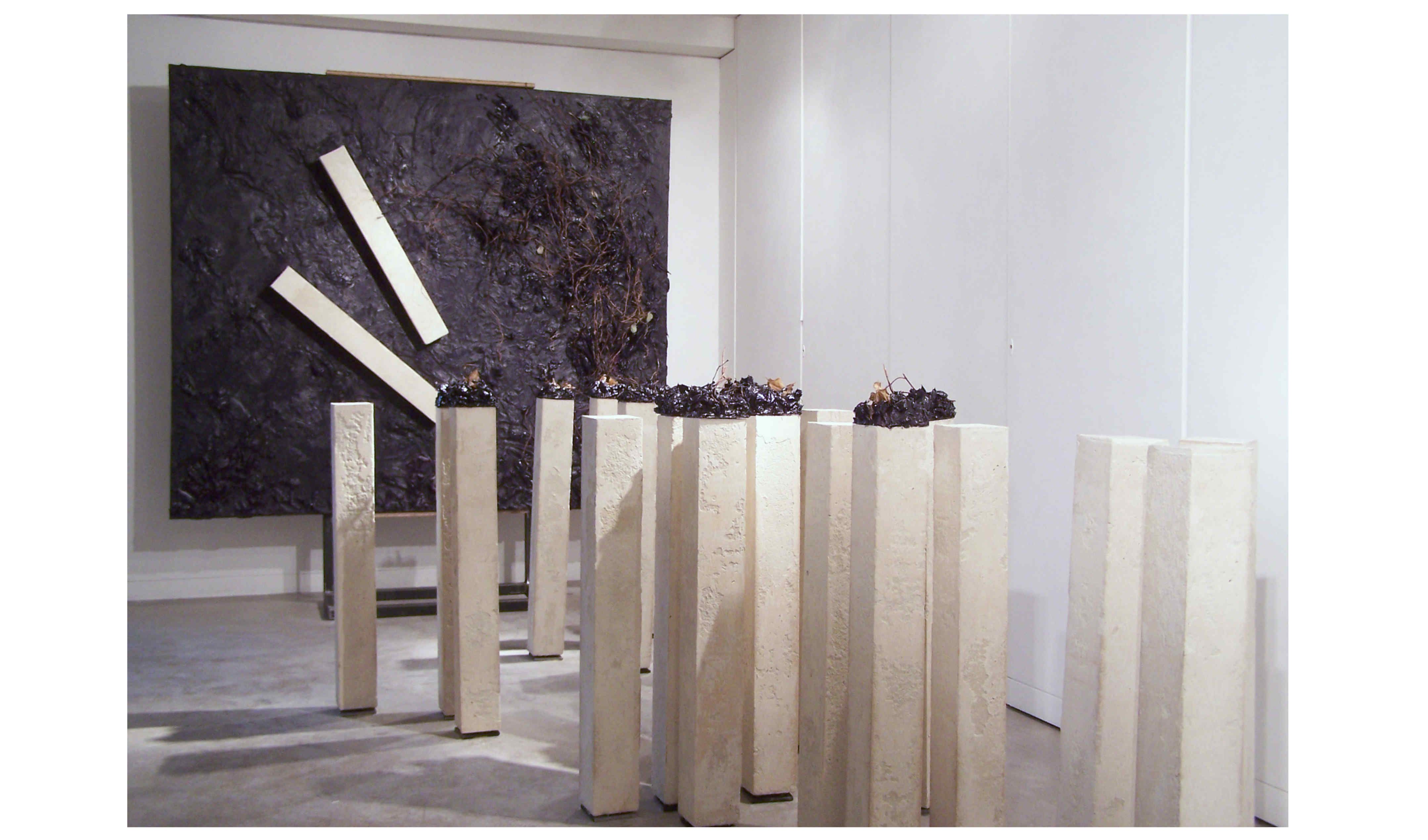 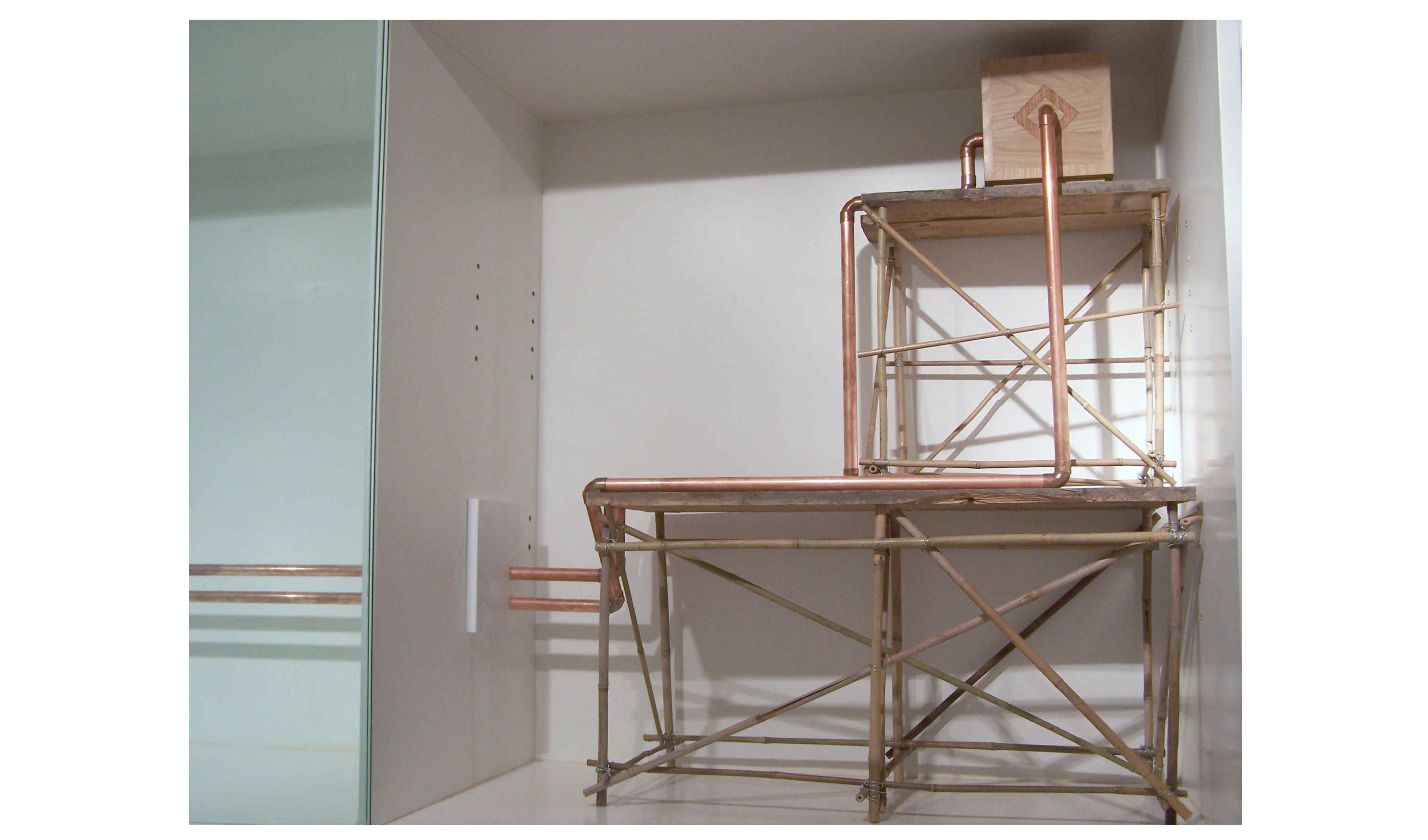 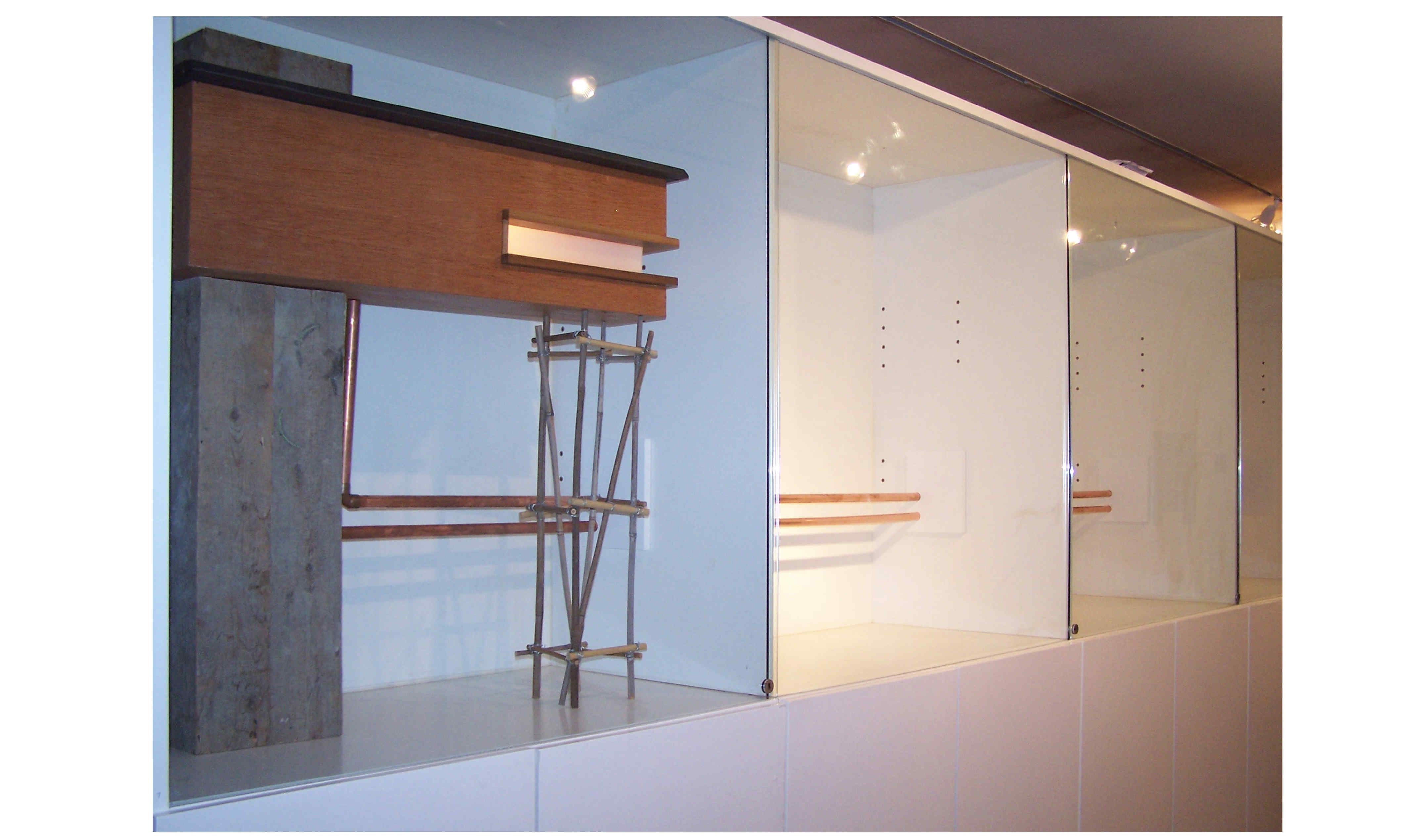 BUILD is an exhibition, an instruction, a selection of new works by artists and architects whose
individual practices that span architecture, painting and sculpture brought together under the common
theme of the built environment. Although there is a certain amount of difference between the way that
architects and fine artists work it has become increasingly common for these practices to crossover
and inform the other through collaboration or interdisciplinary modes of working. In a similarly way to that of
Le Corbusier whose work spanned many forms including; architecture, painting, town planning, interior
design, book design and sculpture drawing influences across the board.

Ralph Dorey has created a large sculptural installation of timber and plywood to fit around the
architecture of Blyth Gallery. With echoes of both continual exploration and geographical occupation this
structural language pushes into and is stabilised by the existing space. In some ways it reinforces a
sense of something mobile and adaptable yet it is unshakably anchored in place, braced against impact
but equally ready to move. Heidi Locher's installation works with the architectural concept of noting
space using concrete markers to create both space and movement. Using basic building materials she
has constructed a series of columns which become markers of mortality. These markers carry dark
matter which have been smashed and flung, culminating in a large black purple canvas which carries
two broken beams that have been hurled towards the canvas, suggesting the process of pent up
emotion and energy.

Richard Cramp has built small works that inhabit the cabinet spaces within the gallery. Fitting into the
existing architecture, these miniature environments have been created to evoke the viewer to consider
narrative, space and perception of the recognisable features. The cabinet gives this small scale
habitation an air of security or perhaps a false illusion of some sort of Utopian existence where the glass
door seals it from the outside world. He aims to evoke a sense of play, adventure, intrigue and
excitement through the use of scale, suggested narrative and the use materials.

Mobile Studio presents a new satirical work entitled 'A Vision of Britain' that draws on current debates over the Prince of
Wales's controversial interventions into the UK Planning process. 'A Vision of Britain' takes the form of a
game, continuing in the tradition of artists Chess Sets, that acts as metaphor for the continuing debate
on taste, style and the future of British Housing, Architecture + Planning.

Mobile Studio is a young Londonbased architectural practice run by Max Dewdney and CheeKit Lai.
The practice is actively involved in cultural and socially aware projects within the public realm with a
strong emphasis on collaboration. Mobile Studio was longlisted in the BD Young Architect of the Year
Award (2008) and were commissioned and built one of the key pavilions for the London Festival
Architecture (2008). They have exhibited national and internationally including; Royal Academy Summer
Exhibition, Tate Modern Clore, Pompidou Centre, Jerwood Space, 176 Gallery, Dilston Grove, UIA
(Berlin), Fragner Gallery (Prague), eArtGallery (Hong Kong), BSR (Rome). They are currently curating an exhibition for 48 Gordon Sq, London (July 2009) and were most recently published in Blueprint (April 2009).Both principals studied at the Bartlett School of Architecture, UCL where they now run an awardwinning Degree Unit and are visiting critics at a number of other leading UK universities.