Read about the NCMR staff and students and what they do below. 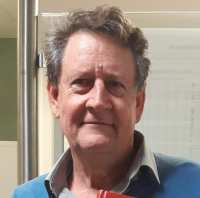 Bill is Professor of Genomic Medicine at the National Heart and Lung Institute (NHLI), Imperial College. In addition to his Centre Director role at the NCMR he is the Head of the Asmarley Centre for Genomic Medicine. Bill was first involved in asbestos-related research in the 1980s when his MD thesis focused on asbestosis amongst former crocidolite workers of Wittenoom Gorge, an asbestos mine in Western Australia.

Bill initially trained as a respiratory physician, and then went on to complete a D.Phil. in human genetics at Oxford in 1994. Over the past two and a half decades Bill and Professor Miriam Moffatt have built a successful research group which was initially devoted to understanding the genetic causes of asthma, but which they have successfully expanded to include other important lung diseases. All their experience feeds into the mesothelioma research done at the NCMR. Their research in mesothelioma is integrated with large-scale genomic studies of other lung cancers. 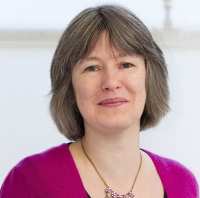 Miriam is Professor of Respiratory Genetics at NHLI. She obtained her BSc Honours Degree in Microbiology from the University of Reading in 1988 and her doctorate (DPhil) on the Genetics of Asthma in 1994 from Oxford University. She then became a Research Lecturer and subsequently Reader in Genetics at Oxford. In 2005, Miriam and Professor Bill Cookson moved their research team to NHLI, and in 2008 Miriam was awarded a Personal Chair in Respiratory Genetics.

Professor Moffatt has worked for 28 years in the field of genetics focusing on the allergic diseases asthma and atopic dermatitis with her research partner Professor Cookson and their team. Together they have investigated the genetic mechanisms underlying asthma using candidate gene and positional cloning approaches and most recently genome wide association studies (GWAS). The group has also conducted extensive investigations focused on gene expression, mapping single nucleotide polymorphism genome wide to the expression of more the 20,500 genes, epigenome wide association studies (EWAS) as well as extensive investigations into the lung microbiome. All this experience is fed into the mesothelioma research done at the NCMR.

Sanjay is Consultant Thoracic Medical Oncologist at the Royal Marsden Hospital and Reader in the Molecular Genetics and Genomics group at NHLI. He has published in the fields of genetics, therapeutic biomarkers and medical oncology, and has been awarded nationally and internationally competitive prizes for his research, in addition to four research fellowships.

Since 2013, Sanjay has been the Chair of BTOG (British Thoracic Oncology Group). He is also an active member of the EORTC (European Organisation for Research and Treatment of Cancer) Lung Group and ETOP (European Thoracic Oncology Platform), and he is past Chair of the UK NCRI (National Cancer Research Institute) Advanced Diseases Subgroup of the Lung Cancer Clinical Studies Group. 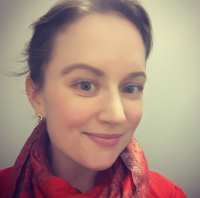 Maija completed her undergraduate degree in Chemistry for Drug Discovery at the University of Bath in 2008 and after that obtained a PhD in chemical biology from the Institute of Chemical Biology (ICB) at Imperial College. Following from this, she worked as a project manager at the ICB for seven months, before moving to NHLI in February 2014.

Since joining NHLI, Maija has been in several different administrative and project management roles. She first worked as a section administrator, after which she took on the role of NHLI career development coordinator and Athena SWAN administrative lead. Maija started as NCMR Centre Manager in May 2017. Her role involves operational and finance management, coordination of recruitment and other HR processes, and overseeing the day-to-day administrative processes at the Centre. She is also in charge of NCMR’s social media and communications.

Long joined the NCMR in September 2017. He is applying single cell transcriptomics and systems biology approaches to identify prognostic markers of mesothelioma treatment outcomes as well as to understand the effects of immunotherapy on the immune systems of mesothelioma patients.

Long obtained his PhD from the Open University in 2011. His PhD project investigated host genetics and genomics in Vietnamese dengue fever patients. After his PhD he obtained a postdoctoral position at the Genome Institute of Singapore where he studied host genetics and genomics in Kawasaki disease and other viral infections such as influenza, HBV and TB. Before joining the NCMR, Long worked in Professor Ajit Lalvani’s group (NHLI, Imperial College London) investigating transcriptomic biomarkers of tuberculosis. 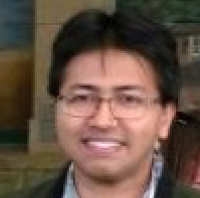 Amit joined the NCMR in January 2017. His research focusses on identification of molecular patterns (point mutations, structural aberrations and gene expression changes) that could be attributed to genetic aetiology of mesothelioma and patient prognosis. At present, he is utilising genomic datasets (sequencing as well as oligonucleotide array based) generated from patient tissue samples and relevant cell lines to comprehensively characterize the mesothelioma tumour genome. In collaboration with clinicians and external investigators, the motto is to find vulnerabilities in the tumour genome which can then be exploited to better treatment options for the patients in the clinic.

Previously in his first post-doc, Amit studied melanoma genome at the CRUK Manchester Institute using datasets from human as well as genetically engineered mice models. As a part of the team, he was also involved in longitudinal follow-up of under-therapy patients using circulating tumour DNA sequencing to track emergence of resistance conferring mutations. 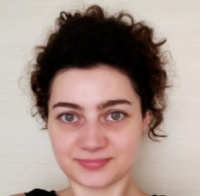 Anca joined the NCMR in January 2017. Her work concentrates on genomic studies of mesothelioma using high-throughput genomic platforms and on correlating these results with clinicopathologic information. She is also involved in investigating functional implications and elucidation of the roles of aberrant signalling pathways in mesothelioma using in vitro models.

Anca completed her undergraduate degree in biochemistry at the University of Bucharest, Romania and obtained her PhD from Carol Davila University of Medicine and Pharmacy, Bucharest, where her PhD project focused on the discovery of novel potential biomarkers for colon cancer progression. Following from this, she did a postdoc in Singapore where she studied the genomic landscape of hepatobiliary and pancreatic cancers in different populations. 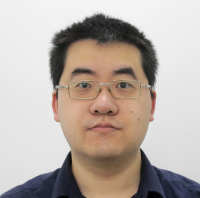 Dennis started as a Clinical Research Fellow at the NCMR in October 2017 and his area of research is early diagnosis and evolution of malignant mesothelioma. This involves using patient-derived tissue and cytology specimens to identify novel molecular pathways underpinning tumour pathogenesis. Dennis will also conduct pathology-based research, including biomarker validation, in the Department of Histopathology at the Royal Brompton Hospital.

Before joining the NCMR Dennis was a histopathology registrar at Imperial College Healthcare NHS Trust, and he is currently taking time out of programme for research (OOPR). Prior to appointment to specialty training programme he completed Foundation Training in East Midlands (2014-2016). He has degrees in clinical medicine (2014) and in biochemistry (2010) from Imperial College. 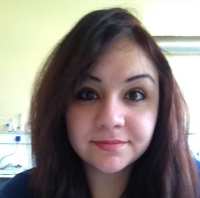 Yakinthi was awarded a BSc (Hons) in Biological Applications and Technology at the University Ioannina in 2015, and subsequently an MRes in Biomedical Sciences and Translational Medicine at the University of Liverpool. She joined the NCMR in the autumn of 2017 to undertake a PhD project under Dr Olivier Pardo (Department of Surgery and Cancer, Imperial College), Prof Bill Cookson (NHLI), and Prof Michael Seckl (Department of Surgery and Cancer, Imperial College) to investigate the mechanisms that produce the intense fibrosis that typifies mesothelioma.

Utilising patient-derived primary mesothelioma cell lines and normal fibroblasts, Yakinthi aims to identify factors secreted in response to the cross-talk between cancer cells and fibroblasts. Following from this, she will assess the mechanisms through which fibroblast activation is modulated. As a long-term target she aspires to identify factors that could be targeted pharmaceutically to disrupt stromal recruitment in mesothelioma for therapeutic benefit.

Clara’s research at the NCMR focuses on the investigation of genome-wide methylation changes that typify mesothelioma and lung cancer. The ultimate objective is to gain a more complete understanding of how genetic and epigenetic alterations may interact to drive tumorigenesis. 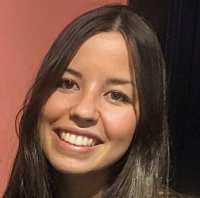 Cancer is usually caused by genetic mutations that change the proteins that regulate cell growth and division. Protein-coding mutations are not, however, found in many cancers, suggesting the presence of other mechanisms that lead to abnormally high or low levels of gene expression and protein production. “Epigenetic” modifications to the genome can affect function without coding mutations, taking the form of modification of the side chains of the DNA (methylation), or of the many proteins that attach to DNA to control how cells grow and divide.

Epigenetic modifications offer an alternative path to acquiring stable oncogenic traits that can persist through multiple cell divisions. However, the complexity of cancer arises because the genome and epigenome influence each other, as the genome provides the primary sequence information and encodes regulators of epigenetic states, whereas the accessibility and expression of the genome is orchestrated by the epigenome.

Prior to joining NCMR, Clara completed an MRes at the University of Edinburgh, where she participated in the analysis of DNA methylation in breast cancer and cell-free circulating DNA. Before that, she studied biomedical sciences at the University of Barcelona, and participated in the study of long non-coding RNAs in neurodegenerative conditions at the Centre for Genomic Regulation. 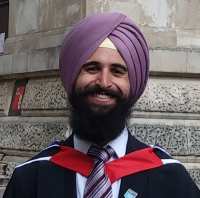 Pamelbir joined the NCMR as a PhD student in April 2017, having completed his Biomedical Sciences BSc and MSc in Genes, Drugs and Stem Cells – Novel therapies at Imperial College London. His previous projects include investigation of clonal interactions in colorectal tumourigenesis (Barts Cancer Institute) and cell competition in glioblastoma tumour progression (NHLI).

Pamelbir’s PhD project is focused on oncolytic viruses and mesothelioma. It is a collaborative project between the NCMR and the Institute of Cancer Research (ICR). Based on previous evidence highlighting the untapped therapeutic potential of naturally occurring cancer-killing viruses (oncolytic viruses), his project aims to assess their use in mesothelioma treatment. He will begin by assessing the oncolytic potential of various viruses and characterising the manner in which they bring about cell death in mesothelioma, in addition to any modifications by which their efficacy may be enhanced. Pamelbir hopes his findings may then be translated into a therapeutic product to help treat patients afflicted by mesothelioma. 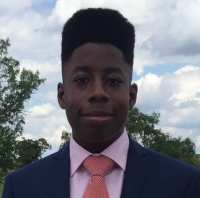 Michael completed his BSc (Hons) in Biochemistry at Kingston University London before getting his MRes in Biomedical Research at Imperial College London. During his MRes he began his work in the field of metabonomics by developing a novel mass spectrometry (MS) -based platform to quantify nitric oxide -related amines from human plasma samples. Michael continued his work in MS-based method development as a research assistant prior to joining the NCMR as a PhD student.

Metabonomics has proven to be a powerful tool for discovering biomarkers and elucidating mechanisms of disease in many cancers, particularly when combined with other genomic and transcriptomic data. Within the NCMR, Michael’s PhD project aims to apply a metabonomics approach to mesothelioma. He intends to do this by metabolically profiling patient-derived primary cells in the hope of revealing metabolic vulnerabilities which could be exploited to improve mesothelioma treatment and diagnostic approaches.