Scientists have developed an ultra-sensitive test that should enable them to detect signs of a disease in its earliest stages, in research published today in the journal Nature Materials.

The scientists, from Imperial College London and the University of Vigo, have created a test to detect particular molecules that indicate the presence of disease, even when these are in very low concentrations. There are already tests available for some diseases that look for such biomarkers using biological sensors or ’biosensors’. However, existing biosensors become less sensitive and predictable at detecting biomarkers when they are in very low concentrations, as occurs when a disease is in its early stages.

In today’s study, the researchers demonstrated that the new biosensor test can find a biomarker associated with prostate cancer, called Prostate Specific Antigen (PSA). However, the team say that the biosensor can be easily reconfigured to test for other diseases or viruses where the related biomarker is known.

Media stories on this research:

Professor Molly Stevens, senior author of the study from the Departments of Materials and Bioengineering at Imperial College London, said:

“It is vital to detect diseases at an early stage if we want people to have the best possible outcomes – diseases are usually easier to treat at this stage, and early diagnosis can give us the chance to halt a disease before symptoms worsen. However, for many diseases, using current technology to look for early signs of disease can be like finding the proverbial needle in a haystack. Our new test can actually find that needle. We only looked at the biomarker for one disease in this study, but we’re confident that the test can be adapted to identify many other diseases at an early stage.” 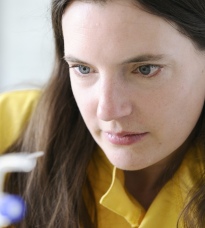 The team demonstrated the effectiveness of their biosensor by testing PSA biomarker samples in solutions containing a complex mixture of blood derived serum proteins. Monitoring the levels of PSA at ultralow concentrations can be crucial in the early diagnosis of the reocurrance of prostate cancer, but classic detection approaches are not sensitive enough to carry out this analysis with a high degree of accuracy. The new test could enable more reliable diagnosis, but more research will need to be done to further explore its potential.

The biosensors used in today’s study consist of nanoscopic-sized gold stars floating in a solution containing other blood derived proteins. Attached to the surface of these gold stars are antibodies, which latch onto PSA when they detect it in a sample. A secondary antibody, which has an enzyme called glucose oxidase attached to it, recognises the PSA and creates a distinctive silver crystal coating on the gold stars, which is more apparent when the PSA biomarkers are in low concentrations. This silver coating acts like a signal that PSA is present, and it can be easily detected by scientists using optical microscopes.

The next stage of the research will see the team carrying out further clinical testing to assess the efficacy of the biosensor in detecting a range of different biomarkers associated with conditions such as HIV and other infections. They will also explore ways of commercialising their product.

This research was funded by the European Research Council and via a Marie Curie fellowship.