Genes link growth in the womb with adult metabolism and disease Based on a news release from the Wellcome Trust

Researchers have identified four new genetic regions that influence birth weight, providing further evidence that genes as well as maternal nutrition are important for growth in the womb. Three of the regions are also linked to adult metabolism, helping to explain why smaller babies have higher rates of chronic diseases later in life.

It has been known for some time that babies born with a lower birth weight are at higher risk of chronic diseases such as type 2 diabetes and heart and circulatory disease. Three genetic regions have already been identified that influence birth weight, two of which are also linked to an increased susceptibility to type 2 diabetes.

The latest study, published in Nature Genetics, analysed almost 70,000 individuals of European descent from 43 separate studies of pregnancy and birth. The findings confirmed the three regions previously identified and also revealed four new genetic regions that are associated with birth weight. The study involved researchers from University of Exeter Medical School, University of Oxford, Children’s Hospital of Philadelphia, University of Bristol, Imperial College London, University of Southampton, University of Oulu, and Erasmus Medical Center. It was part-funded by the Wellcome Trust, the Netherlands Organisation for Scientific Research, the European Union, the Medical Research Council, the Academy of Finland and the US National Institutes of Health. 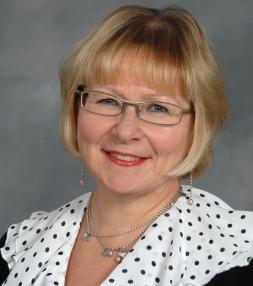 “We have long known that low birth weight is linked to disease in adulthood, but the reasons why aren’t entirely clear,” said Professor Marjo-Riitta Jarvelin, one of the study authors, from the School of Public Health at Imperial College London. “We suspected that genetics might play a role, and the research has shown that this is indeed the case. Genes aren’t the whole story – there is still a lot more we need to understand, but this is a good start.”

One of the new genetic regions is also associated with blood pressure in adulthood, providing the first evidence of a genetic link between birth weight and blood pressure. Two of the regions are known to be linked to adult height, showing that genes involved in growth begin to take effect at a very early stage.

Professor Mark McCarthy, a co-author of the study from the Wellcome Trust Centre for Human Genetics at the University of Oxford, said: “Our findings add to the growing evidence that events during early growth in the womb can have a significant impact on our health as adults. However, these genes tell only part of the story. It’s important that we understand how much is down to genetics and how much is due to the environment in which we grow so that we can target efforts to prevent disease later in life.”

It’s not clear how the genetic regions identified affect both birth weight and adult metabolism, although the findings do offer some clues as to the biological pathways involved. For example, the two genetic regions linking birth weight with type 2 diabetes risk are also associated with reduced levels of insulin. Insulin is the hormone responsible for regulating sugar levels in the blood, but it is also known to have an important role in early growth.

Dr Rachel Freathy, co-lead author and a Sir Henry Wellcome Postdoctoral Fellow from the University of Exeter Medical School, said: “These discoveries give us important clues to the mechanisms responsible for the control of a baby’s growth in the womb, and may eventually lead to a better understanding of how to manage growth problems during pregnancy.”

Together, the newly identified genetic regions have a surprisingly large effect on birth weight when compared with known environmental influences. Dr Inga Prokopenko, co-lead author from the University of Oxford explained: “Birth weight is subject to powerful influences from many environmental factors. It was a surprise to see that the genetic effects in combination have a similar impact to that of maternal smoking in pregnancy, which itself is well known to lead to lower birth weight babies.”