Fellowship of the Royal Society has been granted for three scientists at Imperial College London today.

An atmospheric physicist, a pioneering robotic surgeon and an expert in the treatment of diabetes and obesity have been elected to join the ranks of the UK's most preeminent scientists as part of the 2013 election of 44 new fellows.

The following are recognised for their contributions to science and are now permitted to use the letters FRS after their name:

Fellowships are given to distinguished scientists by the Royal Society in recognition of "contributions to science, both in fundamental research resulting in greater understanding, and also in leading and directing scientific and technological progress in industry and research establishments". 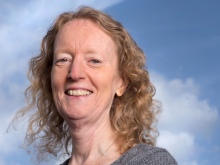 Joanna Haigh's research is contributing to a new understanding of climate variability through the use of atmospheric modelling and the examination of solar UV radiation absorption in the stratosphere and the mechanisms by which this impacts on the atmosphere beneath. She is President of the Royal Meteorological Society and was a lead author of the Intergovernmental Panel on Climate Change (IPCC) Third Assessment on climate change in 2001.

She joined Imperial as a lecturer in 1984; was appointed Professor of Atmospheric Physics in 2001 and Head of the Department of Physics in 2009. She continues to publish research in the area of radiative transfer in the atmosphere, climate modelling and radiative forcing of climate change.

On hearing about the award, Professor Haigh said: "I am delighted to have been given this honour. I happily acknowledge the inspiration provided by colleagues and students, and also the practical support provided by senior academic staff, administrative staff (and the Early Years Education Centre!), that have enabled me to develop my career to this point." 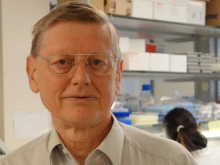 Stephen Bloom is a physician with a particular interest in endocrinology. He has been Chief of Service for both Endocrinology and Pathology in the Imperial College Healthcare NHS Trust as well as Head of Division for Diabetes, Endocrinology and Metabolism, in the Department of Medicine.

He published his first paper on cardiac regulation in 1969 and has been working on human regulatory systems ever since. In 1973 he dedicated his laboratory to investigating the specific role of regulatory peptides. His key discovery was that certain hormones, released from the gut after eating, controlled hunger through a direct effect on the brain. This was significant as it showed hunger was under peripheral regulation, in other words that the brain was controlled by the gut.

Professor Bloom said: "It is a very pleasing honour for the entire team who have worked together over many years.  It is also a spur to turn satiety gut hormones into something useful. The world pandemic of obesity causes great suffering, so there is much for us yet to do in order to develop a practical human therapeutic from these satiety inducing peptides!" 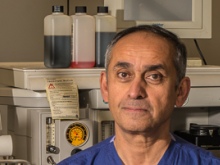 He was knighted for his services in medicine and surgery in 2002. Lord Darzi was introduced to the UK’s House of Lords in 2007 as Professor the Lord Darzi of Denham and appointed Parliamentary Under-Secretary of State at the Department of Health. He relinquished this role in July 2009. Under appointment (July 2009 – March 2013) as the UK’s Global Ambassador for Health and Life Sciences Lord Darzi took an active international role in outlining and shaping healthcare policy. Lord Darzi was appointed as a member of Her Majesty’s Most Honourable Privy Council in June 2009.

Lord Darzi said today: "I am truly honoured and delighted to be elected Fellow of the Royal Society. It is humbling to be amongst a group of such distinguished peers. I would like to thank my many colleagues, whom I have worked with over the years, for their help and support in all my endeavours."

Brigitte Askonas, known widely as Ita, has died at the age of 89. Askonas was a Fellow of the Royal Society leading figure in modern immunology, her work leading to the development of many new vaccines. Professor Peter Openshaw (NHLI) writes:

"Ita Askonas was deeply committed to encouraging those developing a career in immunology. She came to Imperial regularly during the 25 years of her retirement, meeting with students at St Mary's and South Kensington and attending many of our seminars and research meetings. Her insights were always stimulating and her support and mentorship to the immunology community at Imperial were invaluable. Her extraordinarily generosity was recognised by the award of a Fellowship of Imperial College London, one of our highest honours. She will be sadly missed."

Read the full obituary in The Guardian