In 2009, the College launched its Junior Research Fellowship (JRF) scheme to help outstanding early career scientists establish their scientific independence and make the leap from post-doc to permanent lecturer. Five years and more than 70 fellows later, the scheme is open once again for people wanting to apply for fellowships in 2014.

“In the past five years, our Junior Research Fellows have flourished,” says Professor Maggie Dallman, Dean of the Faculty of Natural Sciences and champion of the fellowship scheme. “They have set their own research agendas, published an impressive number of papers, secured grants and other funding, and made a significant contribution to the scientific discourse of this university. Many have gone on to secure prestigious roles both at the College and elsewhere, where they play an important role in strengthening the College’s extended network around the world.”

In addition to the freedom to focus on a research career with no obligatory teaching or administration, Junior Research Fellows benefit from a competitive salary with research and travel expenses, focussed career support and development opportunities, and personal mentoring by an established academic, known as a sponsor, whom potential fellows need to identify as part of their application.Sponsors play an important role in helping Fellows establish their research independence, as well as providing the equipment and space that they will need for their research.

For the first time this year, applicants can identify two sponsors – one from Imperial and the other from the London Research Institute or the National Institute for Medical Research. Staff from these organisations will be moving to the Francis Crick Institute when it opens in summer 2015. Imperial is one of the founding partners of the Crick, and this joint sponsor arrangement forms part of the College’s commitment to foster multidisciplinary research links with the new institute.

“The opportunity to provide fully funded fellowships has meant we have been able to bring in the brightest and best new early career researchers from top institutions around the world, as well as helping us retain some of our home-grown talent,” enthuses Maggie. “Since the scheme was launched, it has secured the support of Departments throughout the College to the point where we now have Fellows across our research disciplines.” 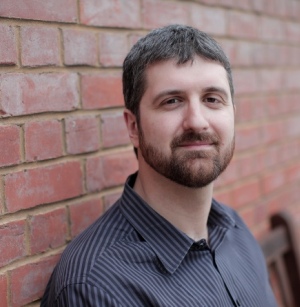 “My JRF was a fundamental step in my career development”, confirms Dr Giuliano Casale, a Fellow from the first cohort of 2009 who now holds a lectureship in cloud performance engineering in the Department of Computing. “I was on the research job market at exactly the same time as the start of the financial crisis and I initially had to leave academia for an industrial post in order to continue doing the research I liked.

“The JRF gave me the opportunity to return to academia in a top university. Freedom from teaching and administrative duties gave me the time to focus just on research and publications. This was the right thing at the right time. Thanks to the JRF, I ended up building the curriculum vitae I needed to get a permanent lecturer post at Imperial. I strongly recommend the JRF to postdoctoral students looking for their next career step.”

Imperial's fully funded JRF scheme is now open for 2014 start dates. Apply by 16 September 2013 for a chance to join our international community of bright early career researchers. Information on previous fellows, eligibility criteria and further information for applicants and sponsors is available on the JRF web pages.

Features of the JRFs