Scientists search for ways for plants to thrive without nitrogen fertiliser Researchers at Imperial College London will join the global effort to reduce the reliance on nitrogen fertilisers for future crop production. 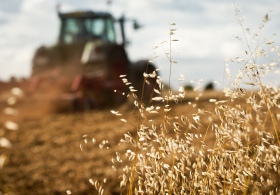 Two new projects will call on the expertise of Imperial researchers, alongside other world-leading scientists in the US and the UK, to reduce the need for nitrogen-based fertilisers in agriculture.

This will make crop production cheaper and more sustainable, as well as reducing the environmental impact of arable farming.

This oxygen-tolerant enzyme is therefore something of a holy grail

Chair in Biochemistry of Solar Energy

Professors Bill Rutherford and Martin Buck together with their colleague from the Department of Life Sciences, Dr James Murray will search for a ‘lost’ nitrogen-fixing bacterium that was originally discovered in soil covering a charcoal fire in Germany. The aim is to scour the planet for the missing bug, and any related bacteria. Once found, they will test for a very special nitrogen-fixing enzyme that was originally reported to be able to work in the presence of oxygen, which is unlike all other known nitrogenase enzymes.

The second project will re-engineer the processes in bacteria that use solar energy to drive nitrogen fixation, so that it can ultimately be done inside plants and thus reduce the need for fertilisers. 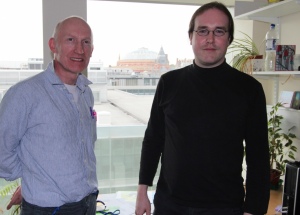 Professor Rutherford said: “All other nitrogenases are inhibited by oxygen and thus do not function in air, greatly limiting their use in biology and biotechnology. This oxygen-tolerant enzyme is therefore something of a holy grail; a mystery waiting to be solved and one that could have a major impact not only on the mainstream thinking in the field but also on what is possible biotechnologically.”

The two projects have been awarded over $3.75m jointly by the Biotechnology and Biological Sciences Research Council (BBSRC) and US National Science Foundation (NSF).

Although nitrogen is the most abundant element in air, it exists in a form that is so stable that it is impossible for plants to use.

Nitrogen is a key element in living things and in nature only bacteria are capable of capturing nitrogen from the air. All other species rely on nitrogen-fixing bacteria to convert nitrogen into a state where it can be used to make proteins, RNA and DNA.

Some plants obtain nitrogen from bacteria with which they have developed a symbiotic relationship. Other plants rely on picking up nitrogen from the soil, and since this is often at low levels, plant growth is often limited by nitrogen availability.

To counteract this, nitrogen fertilisers are applied to crops, increasing the nitrogen levels in the soil and increasing crop yields.

By 2015, it is estimated that nearly 200m tonnes of nitrogen fertiliser per year will be required for crop production.

Not only is fertiliser expensive to manufacture, it also uses up lots of fossil fuels in the manufacturing process. Added to this, the fertiliser not absorbed by crops is often washed away into rivers and streams and leads to environmental problems. 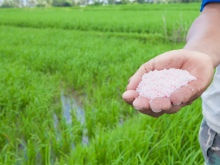 Algal blooms in bodies of water are caused by eutrophication – nitrogen run-off from agricultural land – and often significantly impact the local ecosystem, while emissions of nitrous oxide, a particularly dangerous greenhouse gas, are increased in areas where nitrogen fertiliser has been applied.

The funders hope that these two projects, together with a third project exploring ways of developing a symbiotic relationship between nitrogen-fixing bacteria and maize plants – the most widely-grown crop in the Americas, will help reduce the reliance on nitrogen-based fertilisers in farming.

Dr John Wingfield, NSF's Assistant Director for Biological Sciences said: "The reliance of artificial nitrogen fertilizers for food crop production and their damaging environmental effects are in many ways underestimated. Fortunately, there are scientists paying attention to how these artificial fertilizers can be replaced by abundant atmospheric nitrogen."

Prof Douglas Kell, BBSRC Chief Executive said: “By bringing together world-leading researchers from the US and UK, we are rethinking current farming practices. Thanks to this exciting research, farms of the future could one day produce crops that do not rely on costly and polluting man-made fertilisers.”

Adapted from an a news release by the BBSRC

Nitrogen was first used widely in fertilisers from the start of the 20th century as the Haber-Bosch process, which converts methane into ammonia, made it easier to produce chemicals to enhance crop production.

Over 190m tonnes of nitrogen fertilisers are expected to be needed to sustain crop production around the world by 2015.

Production of nitrogen fertilisers consumes around five per cent of natural gas resources used every year.

Nitrous oxide, a greenhouse gas produced when fertilisers react with air, is 300 times more powerful at trapping heat and energy in the atmosphere than an equivalent amount carbon dioxide.