Imperial College Union's new sabbatical team took over this summer, and have been getting ready to welcome new students starting this week.

After a busy handover period the new President took a little time out to introduce himself. 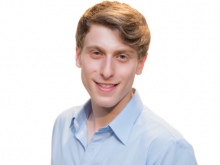 David is a medical student.  Before his appointment as Imperial College Union President he was the Chair of the RAG committee, which  organised last year’s bungee jump for charity on the Queen’s Lawn.

How have the first weeks as President gone?

It has been great so far, and very busy!  All of the Sabbs have spent a lot of time with our predecessors getting tips and advice.  We also went on a trip away with some of the Union staff to work on our vision for the year ahead.  We have a great team this year with loads of energy.

Being ICU President is a demanding job.  What made you want to take it on?

Last year I was RAG chair, which was a real challenge but a fantastic experience.  I learned about what you can achieve if you get involved and work hard.  I also realised how important the Union is for students.  As RAG chair I saw things I wanted to change, and saw the potential to get it done.  So after encouragement from friends, I decided to go for it!

What are your plans for your year in office?

I have a lot!  For example, we have decided to set up a Sabb Hot Desk in the JCR to give students an opportunity to ask us anything about the Union or the College. All of us Sabbs want to be approachable and make ourselves known, so at least one of us will be at the Hot Desk every Friday afternoon.  Also, I want to look at the student consultation process and discuss it with the College.  Student consultations are a valuable way of informing the decisions that affect students, but I’d like to look at how they are organised.  Finally I want to boost volunteering at the Union by making it easier for students to find out about all of the volunteering opportunities available.  I am currently overseeing the pilot of a Union volunteer accreditation scheme so everyone who does volunteering work can get it formally recognised.

What do you expect will be the biggest challenge for you as ICU president?

I want to make the Union more relevant and useful for students. This is probably always the biggest challenge for the President.  With the brilliant team we have I’m confident that we can make a difference for students.

What sets Imperial College Union apart from other students’ unions?

Firstly, we have a really good relationship with the College. This is not always the case with students’ unions!  I’m hoping that we can make the most of this and work closely with the College to take some positive steps for students. Also, we are a very busy union.  A union is only as good as its members, and Imperial students do a pretty good job of making it special!  Last year we had the highest turnout in England and Wales for our sabbatical elections. 20,000 members of clubs and societies.

Do you have a message for the new students starting at Imperial this autumn?

The most important thing for new students to remember is that there is much more to Imperial than your degree.  Getting involved with clubs, societies and the Union is a great way to broaden your horizons.  Also, it’s really important to make an effort during the first few weeks to talk to and get to know everyone you meet.  This is your chance to form some great and lasting friendships.  And of course, well done for getting a place, and welcome! 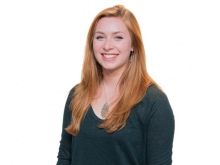 I’m hoping to increase the involvement people have in different activities, and make it consistent throughout the year to keep people engaged.

Imperial is not just about a degree, it’s the friends you make and the skills you gain while doing other activities here. 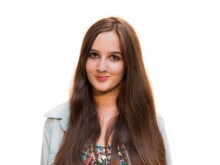 I'm looking forward to getting more involved in how the Union's run, and making a positive impact on the student's experience.

I also want to improve the Mums and Dads scheme across every department to strengthen the student community. 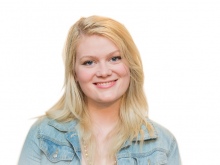 This year, what I really want to achieve is a more inclusive, more representative union, with more events for postgraduate students, LGBT students and non-drinkers.

The thing I like most about Imperial College Union has to be the students, we’re a really interesting, diverse mix of people. 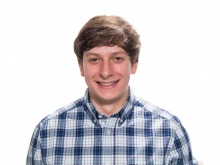 I really want to make it clear to students how much the Union influences their life, whether it be playing sports, participating in activities, or events. I think it’s really important that students can identify with their Union.