Imperial academics will gain extra support for collaborations with researchers in Brazil's largest city thanks to a new agreement.

On 25 September, the São Paulo Research Foundation, FAPESP, signed a Memorandum of Understanding with Imperial to provide matched seed-funding for research partnerships.

The funding, worth up to £24,000 for each project, will facilitate Imperial scientists as they form joint initiatives with their peers at leading São Paulo institutions, such as the University of São Paulo, Unicamp, UNESP, and the National Research Centre for Energy & Materials. Up to five research projects will receive funding during the first 12 months of the five year agreement. 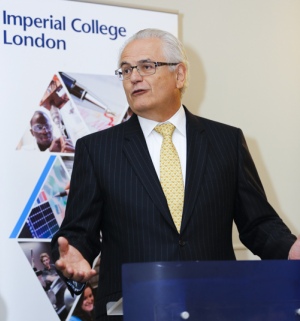 In the last decade alone, Imperial researchers published more than 1,100 papers in collaboration with Brazilian partners.

Professor Stirling said: “This new FAPESP partnership will spark a whole host of new collaborations between Imperial College and São Paulo’s many outstanding research institutions. Both London and São Paulo are global centres of excellence in research and innovation. Both regions, and indeed both countries, have never had so many mutual interests and reciprocal ties. 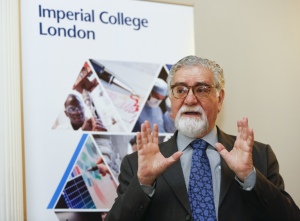 “São Paulo’s research interests in areas like renewable energy, offshore oil technology, mining, aeronautics, environmental science, agriculture and medicine strongly complement those of Imperial College. Our collaborative work in these areas not only pushes the boundaries of scientific endeavour, but also translates those discoveries into applications that benefit our economies and societies. This is good for São Paulo, good for London and good for the world.”

This is good for São Paulo, good for London and good for the world.

Ambassador Jaguaribe, who was returning to Imperial after visiting the College’s Brazil Forum in November, said: “Brazil-UK relations are intensifying, especially as we increasingly cooperate in science and technology. This agreement will enhance both nations.”

FAPESP President Celso Lafer said: “Today’s Memorandum of Understanding boosts our efforts to collaborate with the UK’s outstanding researchers. As a former Foreign Minister for Brazil I have moved from traditional diplomacy to science diplomacy. Imperial is a great example of how working together in science and research can lead to greater understandings between peoples.” 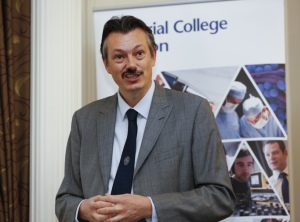 Professor Nigel Brandon, Director of Imperial’s Energy Futures Lab, said: “I was very impressed when I visited São Paulo last year for FAPESP’s workshop on gas innovation, and we are looking forward to building on Imperial’s many existing links with Brazil. There is an appetite here to build and nurture the bottom-up momentum that already exists between researchers from both countries.”