British peats will shrink away in the face of climate change and disappear from many regions of the UK, a team of leading experts has found.

The British Isles contain the world’s largest area of upland peatlands. Known as bogs, marshes, swamps or moors, anyone visiting Wales, the North of England, Scotland or Ireland will have trekked through these vast expanses of permanently wet ground. In these regions, upland peatlands literally cover the landscape on all but the steepest slopes, giving rise to their name of blanket bogs.

Blanket bogs are a unique biome – a term for areas across the globe that share similar plants, animals, soil organisms and climate. They are a haven for wildlife and naturally filter water, playing a major role for both purification and flood prevention, particularly around cities such as Derby and Sheffield.

Overuse by people and overgrazing have tended to degrade the peat. Climate change will simply add to those pressures.”

Blanket bogs are also important for storing carbon. It has accumulated over thousands of years in these moors, with plants slowly capturing carbon dioxide from the atmosphere through photosynthesis. They currently store roughly as much carbon as emitted by the entire nation in three years.

But upland peatlands are also a fragile and endangered ecosystem. Human activities such as farming have degraded this natural habitat, notably in the Peak District. Now, climate change has joined the list of threats to their integrity.

A recent study, jointly led by Professor Colin Prentice of Imperial College London, was one of the first to consider the impacts of climate change on the UK upland peatlands. 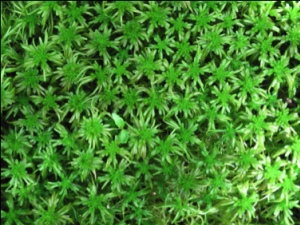 Blanket bogs are sensitive to climate because their existence is dependent on a strict set of environmental conditions. “It’s a very unusual thing, it requires a particularly cool and wet climate to develop,” Professor Prentice explains. “If you ever have mean summer temperatures that are too high, then the sphagnum moss that constitutes the peat doesn’t like it. It doesn’t like to be very warm.” Sphagnum, the dominant moss type in peatlands, rapidly suffers damage when subject to temperatures exceeding 15°C.

Moisture also plays a vital role, because blanket peat can only grow in areas that are constantly wet.

Understanding where and how climate change could affect this biome is vital to implement appropriate conservation and restoration policies that will preserve the UK’s peatlands. But until now, very little was known about what climate change could do to these ecosystems.

To address this question, the team used two types of models to investigate the future of upland peatlands: one model predicted where the peat could live and the other predicted how fast it could grow. But the team first needed to prove that their models could reliably reproduce what is already present today.

It's getting warmer. Is that going to restrict the area of actively growing blanket bog? It is going to reduce it, yes.

They started with the notion that blanket bogs are restricted by three factors. First, summer temperature must be low enough, otherwise the sphagnum will dry out and die. Second, the area has to be constantly wet. Finally, the ground must not be frozen during the year.

“We mapped those areas where all three conditions are in place. That’s all there is to it, it’s ridiculously simple,” Colin Prentice explained.

The model’s results exceeded the team’s expectations. It matched remarkably precisely the areas of blanket bog in the British Isles.

But their work did not stop there: “It’s always too easy to make a model that works in a particular region.” Professor Prentice explained. “You really need to demonstrate that the model works in different latitudes, in the southern hemisphere and so on.” 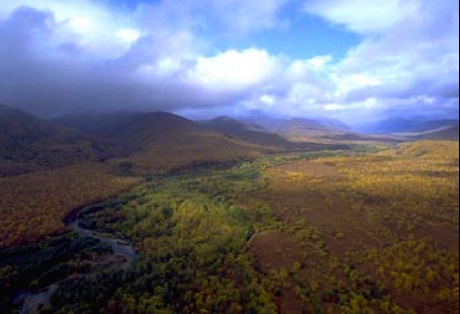 “Our modelling says that if we apply exactly the same climatic limits globally, [blanket bog] is just in a very few places. It’s the top of the Andes, it’s Tasmania, parts of New Zealand.”

The team went on to check whether their predictions were right: “For most of the areas that we predicted they actually are right. Every language has a different description, and that’s why very few people seem to have realised up until our work, just how similar these plant communities and landscapes are.”

Having established that their model reliably reproduced the areas known to be blanket bogs today, the team could then go on to determine the effects of climate change on the future of upland peats. They found that climate warming will have an important bearing on their existence in the UK.

“Overuse by people and overgrazing have been the main factors so far that have tended to degrade the peat. Climate change will simply add to those pressures.”

The team looked at a scenario where the Earth would warm by four degrees by the end of the century, which Professor Prentice explains is not at all unlikely: “It’s getting warmer. Is that going to restrict the area of actively growing blanket bog? It is going to reduce it, yes.”

“Climate change will restrict the area over which new active peat can be formed. It will tend to shrink it to a core area in North West Scotland and parts of Ireland.”

All is not lost

If the peat dies off and retreats, what will happen to all the carbon stored there? “It’s important that conservation measures are taken to try to keep that store in place,” Professor Prentice says. “We don’t want to put it in the atmosphere, thereby making a significant increase to atmospheric carbon dioxide.”

The study, funded by the Natural Environment Research Council, the Environment Agency and the Grantham Institute for Climate Change has sent a strong message to UK environmental policy makers.

“The UK has for quite some time been an international leader in climate change negotiations. We don’t want to be in a situation where we’re responsible for putting a whole lot of carbon into the atmosphere through a failure to notice a problem in our ecosystems.”

All is not lost, however, and the team made one particularly interesting finding. While climate warming will make many areas unsuitable for new peat to grow, existing peat may yet survive.

”Just because the peat isn’t growing doesn’t mean that it can’t actually stay there.” 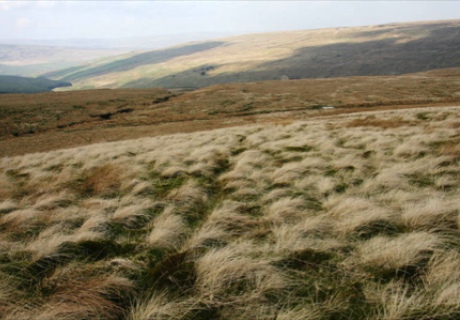 Simple steps to protect the UK’s peatlands from existing threats such as overgrazing by farm animals could ensure that the peat remains firmly in the ground when temperatures continue to rise. This will stop the locked carbon from entering the atmosphere and potentially contributing to further global warming.

“The peatland can continue to survive and carry out its function of storing carbon and storing water, provided that the many other pressures are reduced.”

Professor Prentice is optimistic concerning the future of this unique British ecosystem: “I think there is no doubt that [our study] is being listened to. Obviously time will tell, but we were knocking on an open door and giving good advice at the right time.”