Engineering students' innovative designs for Paralympic sporting equipment are on display this week in an exhibition on the South Kensington Campus.

The exhibition, held in the College’s Main Entrance until 13 February, features the work of students taking part in the Rio Tinto Sports Innovation Challenge. The Challenge, now in its fourth year, requires students to design and develop solutions to allow more people with disabilities to participate in sports. This year's focus is on winter sports - coinciding with the Winter Olympics in Sochi.

In the Challenge teams are formed from students studying on the MSc Innovation Design Engineering and Global Innovation Design courses, which are run jointly by Imperial and the Royal College of Art. The competition challenges the teams to think creatively to make a real contribution to Paralympic sport and lifestyles of people with disabilities.

On display in the exhibition are twelve projects, ranging from a device to guide visually impaired skiers on the slopes to a new prosthetic for amputee ski jumpers that uses the strength in their upper leg to provide power and stability in the jump. Two of this year's projects are detailed below.

One of the teams has created Spine, a prototype of a flexible spinal support device which immobilises the spine after an accident to prevent severe injury. Often severe spinal cord injuries are caused by moving injured people immediately after an accident has happened. The device aims to keep the patient still as soon as possibly to reduce further injury. 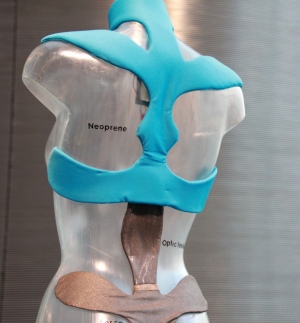 The device uses a combination of pressure sensors and ultraviolet non-toxic resin to transform from a completely flexible to a rigid structure in the 10 seconds after an accident, supporting the spine to prevent further injury. These pressure sensors can also send signals to the emergency services in the case of an accident, alerting them to the impact location and helping them to determine where the patient might be injured.

Team Member Iulia Ionescu said: “The idea for the technology came initially from conversations with the emergency services, who explained that with spinal cord injuries it was often difficult to know straight away where a person was injured, especially if they are unconscious.

By sending a signal about the impact location, Spine could save crucial time when treating the patient and determining their injuries.”

Team Member Carla Curtis-Tansley said: “The system is unique in that it can be worn during activities such as skiing without restricting your movement, but hardens within seconds when needed, greatly reducing your chances of more serious spinal injury after an accident.”

Another project on display is Nanook Push & Carve, a prototype ice-skating system to support people with hemiplegia, paralysis down one side of their body. The project follows the announcement that the International Paralympic Committee plans to introduce short track speed-skating as a new sport for the 2022 Winter Paralympic Games.

The system has two parts: Nanook Push is a wearable unit embedded with a functional electrical simulator that enables the paralysed leg to propel the athlete forward by triggering the nerves and muscles to mimic natural movement. This is supported by the Nanook Carve double bladed skate which allows the user to glide and turn using their strong leg, giving them controllable movement and manoeuvring abilities.

Team Member Koraldo Kajanaku said: “A lot of our inspiration came from a young hemiplegic girl we met called Mia. Mia’s mum is a physiotherapist and had been helping her ice-skate to develop her strength and muscle memory to help with her condition.

“To look at Mia you wouldn’t know she suffered from hemiplegia because of the physiotherapy she has had through ice skating. We saw the benefit it had for her and wanted to expand that to give others the same opportunity.”

Team Member Edward Hill said: The technology we’re using has never been used this way before and we hope our project could really help support more people to experience the freedom of getting out on the ice.”

Koraldo added: “You never know, in 2022 it could be Mia using this technology to collect the first Paralympic speed-skating medal!” 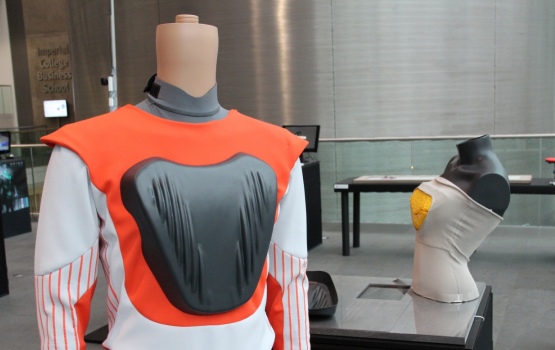 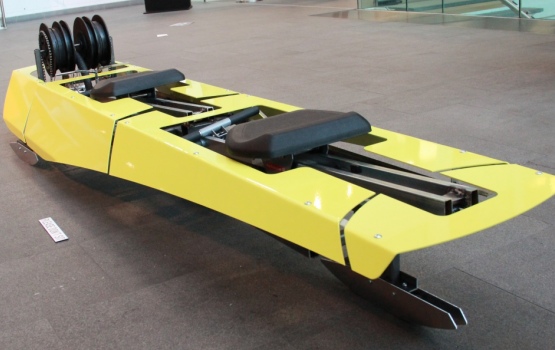 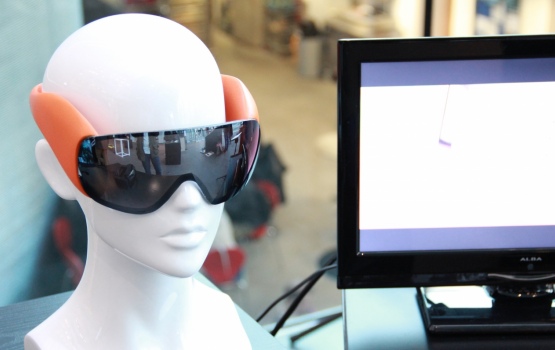 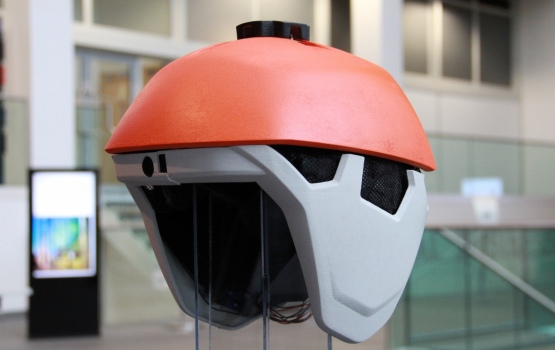 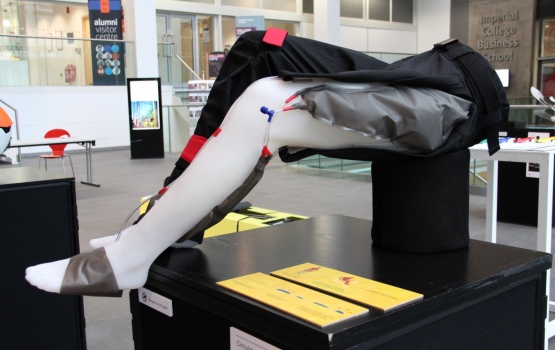 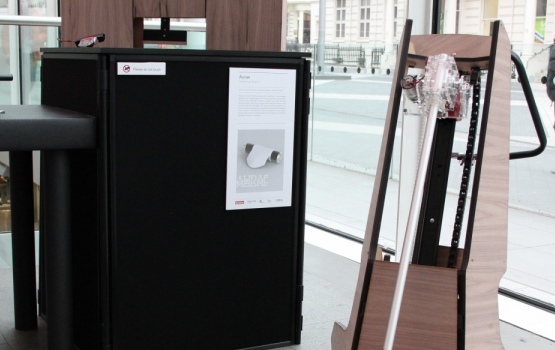 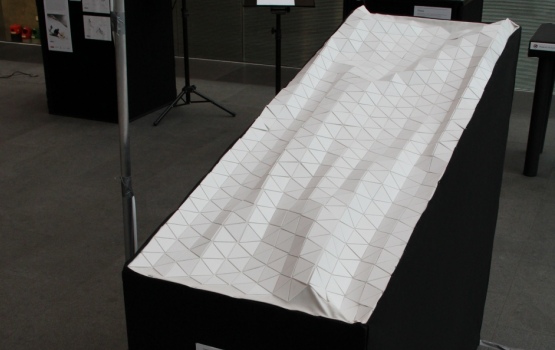 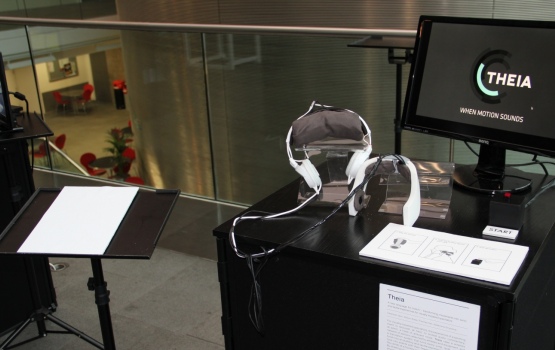 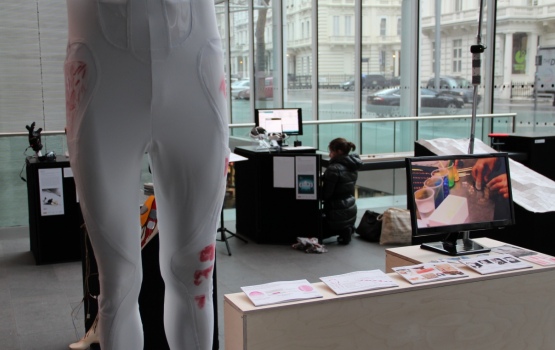 Previous participants in the challenge have gone on to develop their projects even further. The Murr-ma group, who last year developed an amphibious prosthetic for use in both land and water-based sports, have since been shortlisted for the prestigious international James Dyson Award for the next generation of design engineer.

Spine: Flexible support for the spine which immobilises the back after severe injury.

Gnar: An outrigger that supports sit-skiers.

SKin: A suit that enables people to slide on snow.

Glimpse: A communications device for visually impaired athletes, that enables them to determine their own route.

Mimic: An adaptive visual learning system to enhance key communication between novice sit-skiers and their instructors.

Theia: A device that transforms movements into sonic and tactile experiences for visually impaired spectators.

Ice Rowing: A rowing device for athletes with disabilities.

Aurae: A device to allow disabled athletes to compete in curling.