Some of Imperial's longest serving members of staff gathered earlier this week to celebrate their 20, 25 or 30 years of service at the College.

President & Rector Sir Keith O’Nions was joined by Director of Human Resources Louise Lindsay in congratulating staff on these major milestones at a reception on Tuesday 18 March.

Speaking at the event, Sir Keith  said:  “Whether it was 1983, 1988 or 1993 the Imperial you joined was, in some ways, quite a different place. But amidst the change there has been important continuity. The College remains an agile, can-do place, proud of its history but always looking to push itself for better ways to do things."

"This continuing excellence is because of people like you, and I am delighted to have the opportunity to recognise your extraordinary contributions and the way that you have helped shape the College we know today.”

Nostalgia abounded at the event as staff, boasting almost 3,000 years of collective service, reminisced about the changes they had witnessed at Imperial over the past three decades. 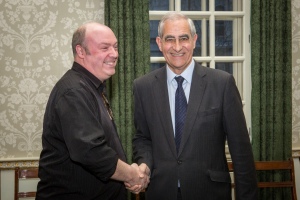 Dr Philip Ramsden, Principal Teaching Fellow from the Department of Mathematics, works on the development of e-learning resources in his Department and sits on the College’s-learning Advisory Panel.

He said: “When I first arrived at Imperial 20 years ago, e-learning was really the domain of a few enthusiasts, and I was one of only a handful of people in the College directly employed to work in this area. Since then there have been profound changes – today’s students carry the latest technology in their pocket and expect their learning to be supported by this.”

“It is amazing to see how far Imperial has come in e-learning - it now forms a key part of the College’s mission and there is an entire team of learning technologists dedicated to it. It has been fascinating to be a part of this exciting change. ”

Professor Sandro Macchietto, Professor of Process Systems Engineering in the Department of Chemical Engineering, said: “My trip to be interviewed at Imperial in 1982 was the first time I had ever visited England. Despite my preconceptions about British weather, I arrived to three days of blue skies and sunshine and I thought to myself: ‘this isn’t too bad at all’. I took the job and then turned up in a freezing, grey UK -paralysed by industrial strikes.  I was left wondering what on earth I had done.” 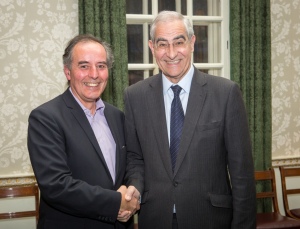 “However there’s no question it proved to be the right decision. I’ve had an exciting career here Imperial - having had the opportunity to be involved in launching our Centre for Process Systems Engineering and the formation of the Energy Futures Lab.”

“Over the past 30 years student numbers have grown, things have got busier and time has become an increasingly precious commodity. Imperial has always been a diverse and international place but it has been wonderful to see this become ever more visible over my 30 years here.” 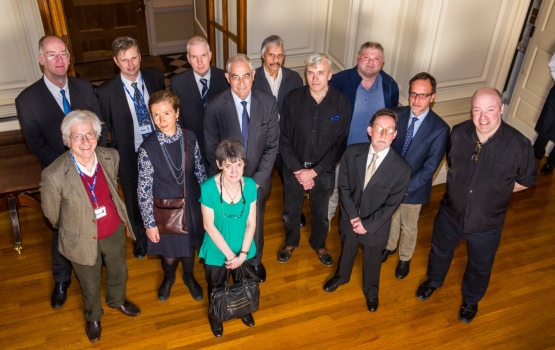 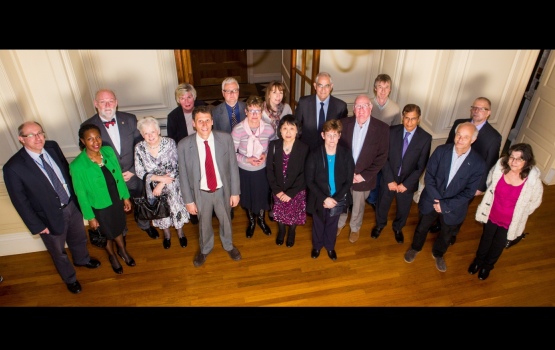 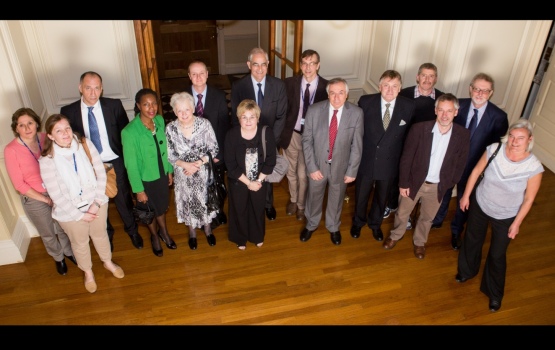 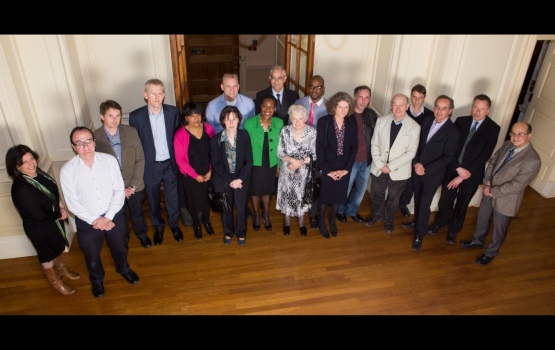