London is powering ahead to a healthier and wealthier future.

MedCity brings together the leading centres of medical research in London, Cambridge and Oxford as they work to translate their research into new healthcare applications for the benefit of patients and the economy.

The new body, which is modelled on the successful Tech City Investment Organisation, will position the London-Oxford-Cambridge life sciences sector as a world-leading cluster that will match financial services in its importance to the UK economy.

MedCity has been established by the Mayor of London and Imperial College Academic Health Science Centre, King's Health Partners and UCLPartners with cooperation from the Universities of Cambridge and Oxford. The organisation's advisory board includes leading life sciences figures such as Imperial's Vice President (Health) Professor Dermot Kelleher, Sir Paul Nurse, Director of the Crick Institute, alongside successful entrepreneurs including Dr Hermann Hauser as well as leading political, medical and charitable representatives. 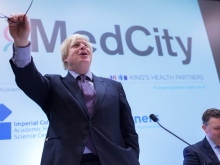 Imperial is ready to contribute to this life sciences innovation ecosystem.

A panel including Professor Jonathan Weber, Vice Dean of Medicine at Imperial, Lara Flynn, Vice President of Circassia, an Imperial spinout valued at more than half a billion pounds, and the Mayor explored how the 'golden triangle' of scientific innovation can produce even greater benefits for the country's health and economy.

Professor Dermot Kelleher, Vice President (Health) at Imperial College London, said:
"London is a world leader in medical research. Our unique combination of great universities and first-class research hospitals, dovetailed with access to a critical mass of entrepreneurial talent and a diverse population, puts the capital at the heart of medical discovery and its application. MedCity will allow us to intensify efforts to turn medical innovations into patient benefits and economic value on a national and international scale.

"This collaboration will lay the foundations for the next generation of medical advances while helping secure the capital's long-term growth. London is powering ahead to a healthier and wealthier future."

The Mayor of London, Boris Johnson, said: "Together with Oxford and Cambridge we form a 'golden triangle' of scientific innovation and we need to channel that intellectual pre-eminence into a positive impact on our economy. MedCity will span everything from research to clinical trials to manufacturing, across biotech, med tech and health tech. I am in no doubt that having the whole 'chain' from small spin-offs to massive companies doing their research, clinical development and manufacturing here in London and the south east can be as important to our economy as the financial services sector is today." 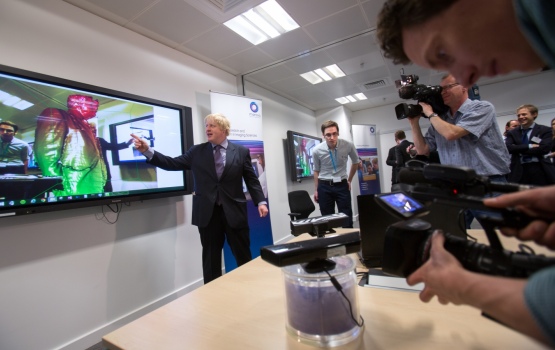 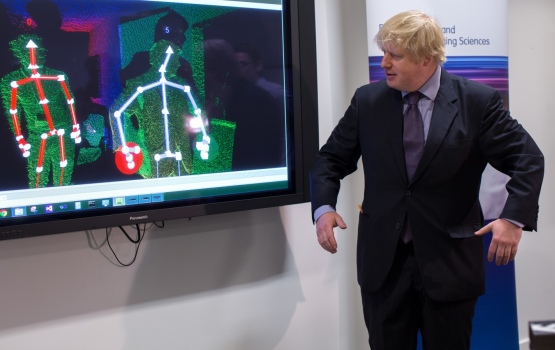 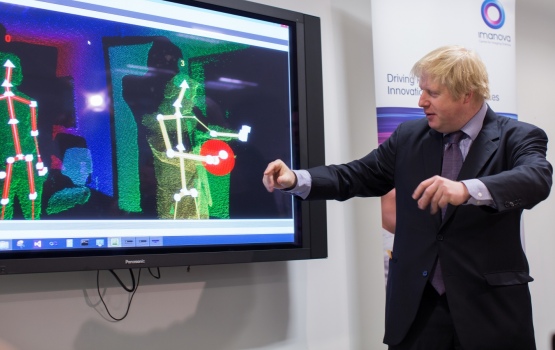 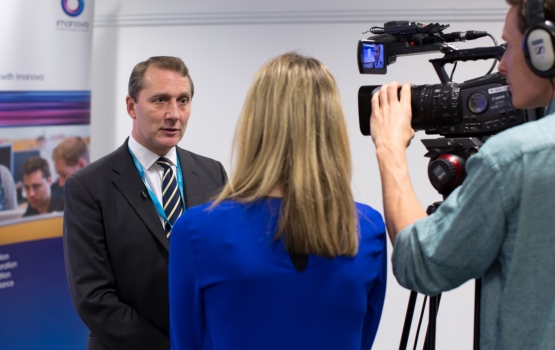 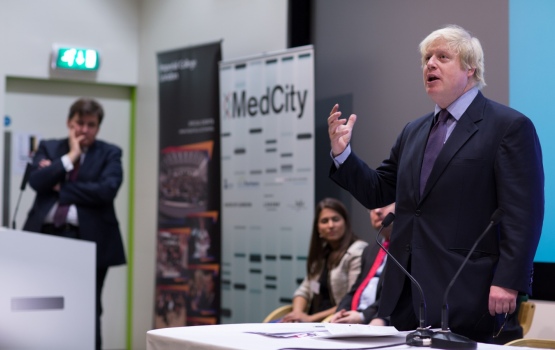 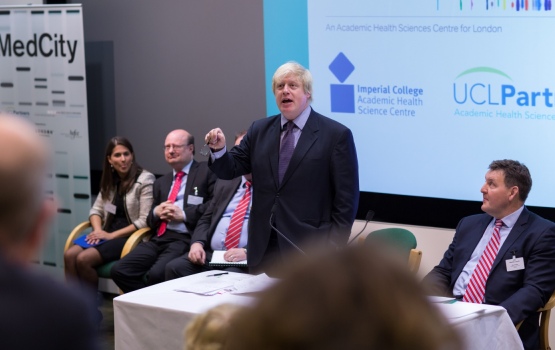 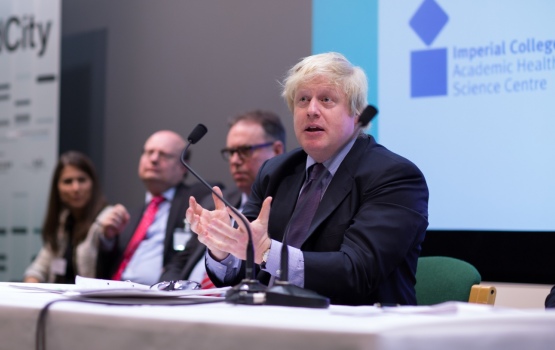 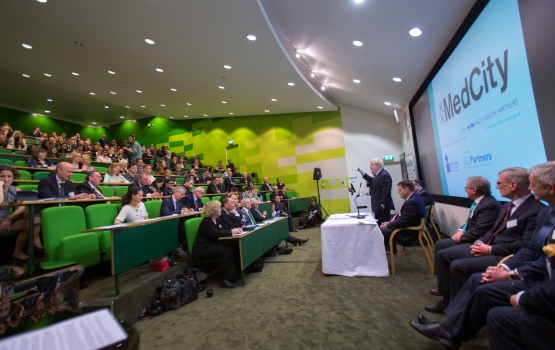 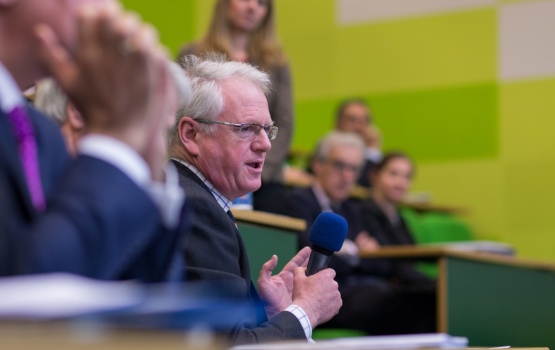 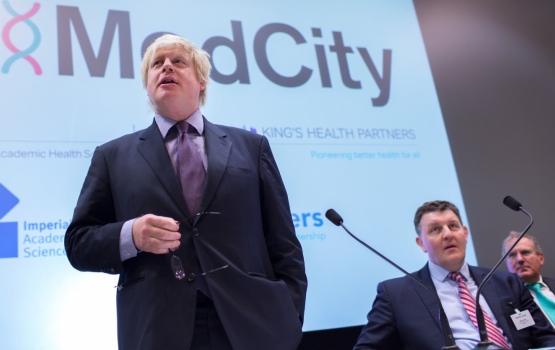 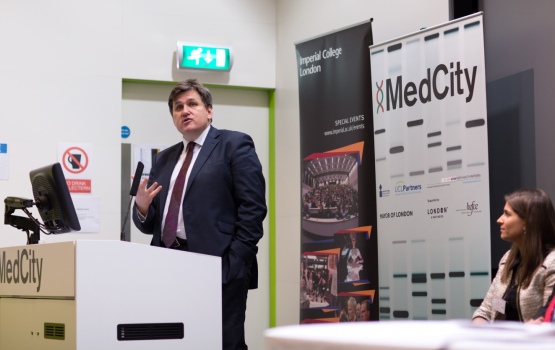 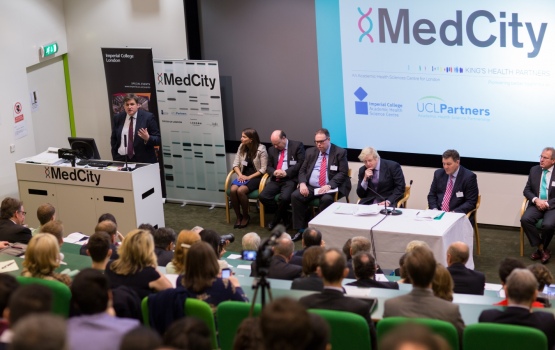 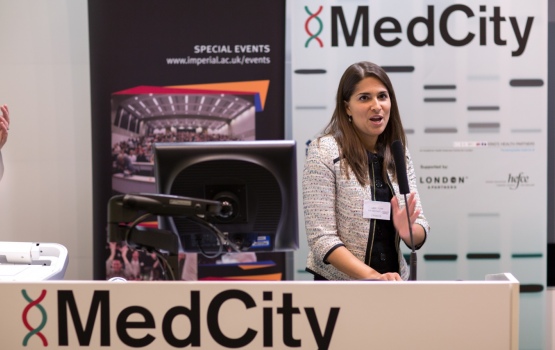 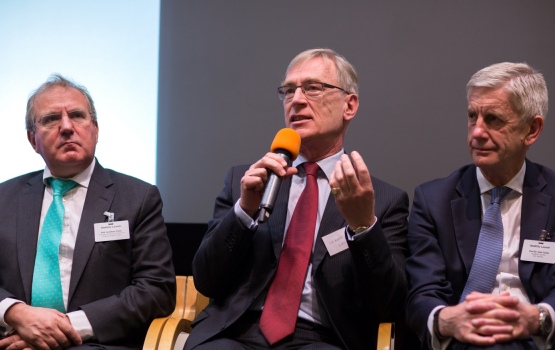 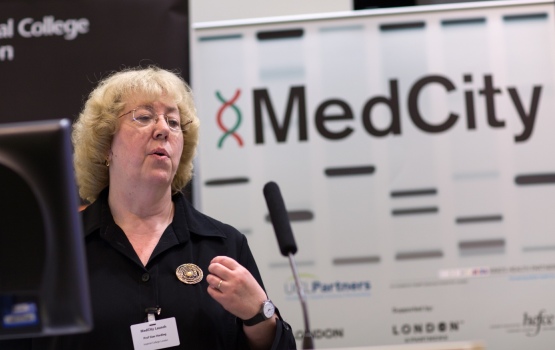 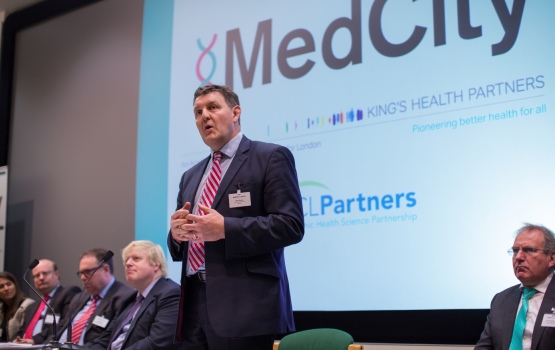 Just before the event, the Mayor visited Imanova: a pioneering imaging company formed by Imperial in collaboration with the Medical Research Council, UCL and King's.

Imanova Chief Executive Dr Kevin Cox and colleagues showed the Mayor how the company is translating cutting-edge medical research from leading universities like Imperial into commercial applications that are vastly improving brain and other scanning technology.

Dr Kevin Cox, CEO of Imanova, said: "Imanova is delighted to have hosted the Mayor's visit today. We are fully behind MedCity as it will position London as the undisputed leader for translational medicine in Europe; increasing inward investment, expanding collaborations and supporting growth. As a leading centre for imaging sciences this will greatly enhance Imanova's ability to attract business from around the world." 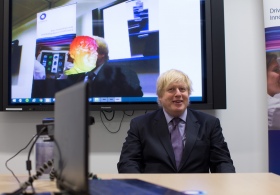 At Imanova, Boris Johnson used a novel device based on the Microsoft Kinect camera, which tracked his movements to generate a 3D image of the Mayor's head. This uses Imanova-developed software to track the movements of patients during their PET scan. The technique is particularly useful for patients who may find it difficult to keep still and ensures an accurate, unblurred brain scan is obtained.

Lord Ara Darzi, Professor of Surgery at Imperial and Chair of the London Health Commission said: "MedCity is an exciting initiative for London and the whole country.  My ambition for the Commission is to help London become the healthiest big city in the world and a successful and thriving life sciences sector is crucial to achieving this aim. During its call for evidence it has been clear to the Commission that with increased investment and collaboration the life sciences in London can make a bigger contribution to London's economy. The Commission will be working closely with MedCity as it develops its recommendations that I will present to the mayor in the autumn."