Dr Marina Galand and Dr David Clements from the SPAT group were on hand at the ‘Catch A Comet’ exhibit at this year’s Summer Science Exhibition at the Royal Society in early July. The Comet in question is the 67P/ Churyumov - Gerasimenko which is approximately 4km. by 3.5km. The Rosetta spacecraft which has been travelling for ten years, is due to land on its surface in November this year to deliver a scientific laboratory which is expected to reveal the mysteries of the Solar System that span 4.6 billion years.

‘Rosetta will watch the comet’s coma and tail form as it journeys toward the Sun. By investigating how the charged particles and cometary dust interact with the Sun, it will improve our understanding of space weather.’

The history of the comet will be revealed by the analysis of molecules from its core as well as the part it plays in the creation of the Solar System. The probe will carry out a total of nine experiments.

The ‘Catch A Comet’ exhibit, which included a scale model of the Rosetta lander, highlighted the engineering and technology which make such exploration possible. 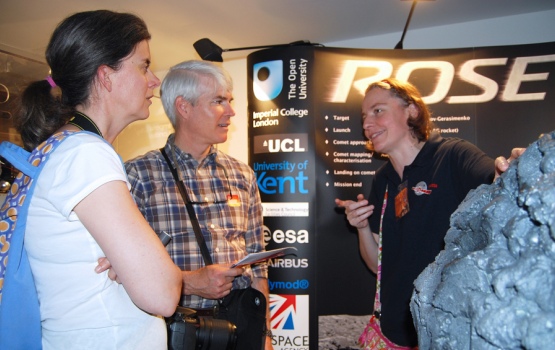 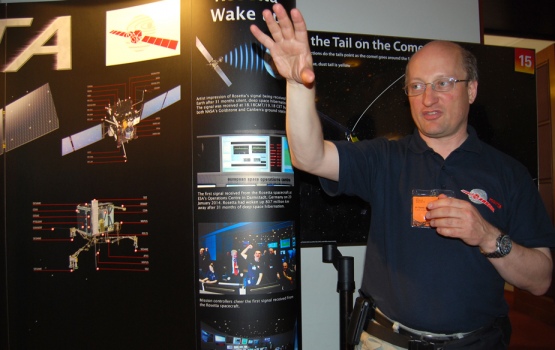 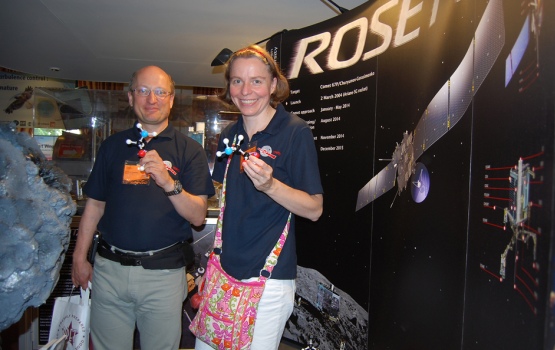 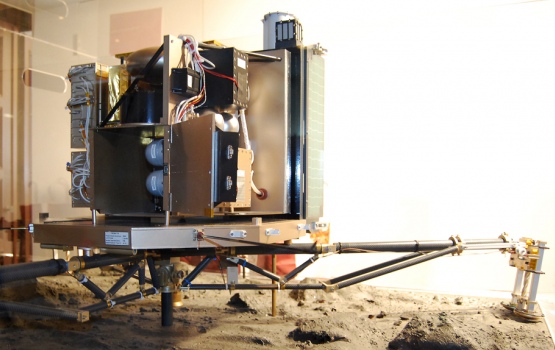 The Royal Society Summer Science Exhibition provides a unique opportunity for members of the public to interact with scientists and ask them questions about their work.

The annual Exhibition is the Royal Society's main public event of the year and is open to members of the general public as well as students and teachers, scientists, policymakers and the media.