Brazil could conserve its valuable Atlantic Forest by investing just 0.01 per cent of its annual GDP, according to a new study.

The Atlantic Forest (Mata Atlântica) is one of the most important and threatened biodiversity hotspots in the world, containing the only living examples of nearly 10,000 species of plant and more bird species than all of Europe.

Situated along the Atlantic coast of Brazil, it once covered an area of nearly 1.5 million square kilometres. Today, the forest is home to more than 130 million people and it covers only 160,000 km2, because of deforestation.

Our study shows that it would be relatively cheap to secure the future of the forest - and protect its plants, birds and other animals – by paying land owners on a large scale to set aside land for conservation… We need to start to put such a scheme in place now, before it becomes too late

Reporting in the journal Science, a team of international scientists have calculated that it would cost US$198 million per year to pay private owners to set aside land for reforestation. Together with the conservation of existing tracts, this would be enough to conserve the majority of species and many of the benefits that come from the forest’s ecosystem, such as pest control and pollination.

US$198m is equivalent to only 6.5 per cent of what Brazil already invests in agricultural subsidies and less than 0.01 per cent of the country’s annual GDP.

There are already some schemes in Brazil to pay private land owners to set aside land to conserve the forest, preserve species and maintain healthy ecosystems, but these have been local-scale initiatives that have had little impact on maintaining and improving the conditions of the forest as a whole.

Lead researcher Dr Cristina Banks-Leite, from the Department of Life Sciences at Imperial College London, said: “The Atlantic Forest is smaller and far more degraded than the Amazon rainforest, but it is also contains a vast range of biological diversity. The forest is a crucial habitat that is home to more than half of Brazil’s threatened animal species. At the moment, outside of protected areas, nearly 90 per cent of the Atlantic Forest has less than 30 per cent of forest cover remaining. This is quite simply not enough to ensure the survival of species and maintenance of a thriving ecosystem across rural areas”.

“Our study shows that it would be relatively cheap to secure the future of the forest - and protect its plants, birds and other animals – by paying land owners on a large scale to set aside land for conservation. Local communities and land-owners will benefit not only from regular payments but also from the benefits that a flourishing ecosystem brings. We need to start to put such a scheme in place now, before it becomes too late.”

In this new study scientists calculated how much it would cost to set aside land in priority landscapes across the whole Atlantic Forest in order to restore the minimum amount of habitat needed to conserve biodiversity and maintain ecosystem functions. Their findings reveal:

To calculate costs the researchers first had to record what and how many species are currently living in pristine and degraded areas of the Atlantic Forest. 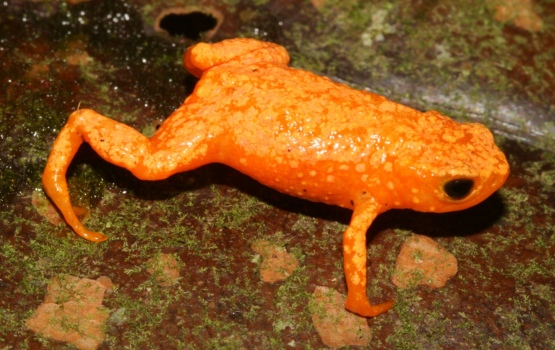 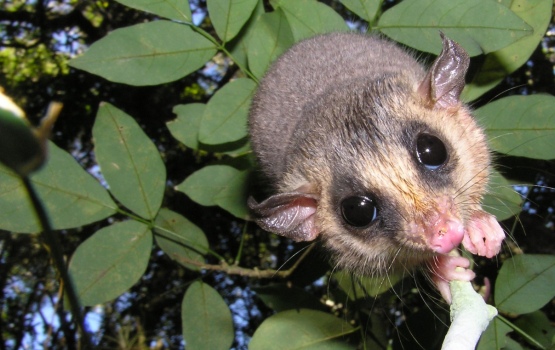 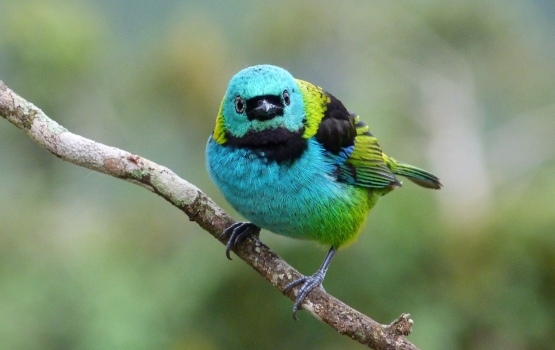 They collected data in 79 different forest regions across 150 kilometres and estimated that to maintain a similar level of biodiversity and ecosystem functions, which are found in protected areas such as national parks.a minimum of 30 per cent of native habitat needs to be preserved.

To evaluate overall costs of maintaining minimum forest cover the scientists combined current estimates of existing forest cover with average costs paid to private land owners, and found that preserving the forest is feasible and low-cost.

Prof. Jean Paul Metzger from the University of São Paulo, another lead author of the study, said: “Our study shows a clear threshold of biodiversity losses with deforestation; below this threshold, not only many species disappear, but the functions they perform in the ecosystem will also decline, many of which are highly beneficial to humans. This threshold is important to identify win-win situations where both agriculture production and biodiversity conservation is optimized. Furthermore, this information can be a practical tool for planning sustainable landscapes, and should be incorporated into different land use policies, such as the Brazilian Forest Code, programs for ecosystems payments or in socio-environmental certification incentives.”

The researchers are now hoping to work with local non-governmental organisations (NGOs) and the Brazilian government to implement a set-aside scheme that would be most cost-effective and beneficial to local people.

The study was carried out as part of Imperial College London’s Grand Challenges in Ecosystems and Environment Initiative, and was conducted in collaboration with the Universidade de São Paulo, University of Minnesota, Universidade Estadual Paulista and University of Toronto.

The study was carried out as part of Imperial College London’s Grand Challenges in Ecosystems and Environment Initiative. This initiative spans multiple disciplines, bringing together natural scientists, engineers, mathematicians, medics, economists, social scientists, policy makers and other stakeholders from multiple sectors and countries to work on integrated research programmes.