A look into the events held for Black History Month 2014 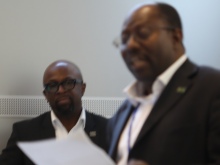 On the 7th October, the College BAME staff network Imperial as One and the Equality & Diversity Unit welcomed Tunji Akintokun to speak at our Black History Month Lecture.

Tunji Akintokun is one of the directors at Cisco, responsible for growing Cisco's virtual sales for the emerging markets covering Africa, the Middle East, and Russia. Tunji, who holds a MSC in Information Systems Engineering from London South Bank University, has also won a range of awards from the Nigerian Centenary Awards UK for Science and Techonology 2014, the Race for Opportunity Awards-Future workforce category 2014 to being shortlisted for the British Black Business Awards as a STEM leader finalist in 2014.

Tunji spoke about his journey and how his life experiences could have been very different if not for his original mentor who led him down the path to becoming a director at Cisco. He also shared briefly an overview of his home life, which played a role in getting him to where he is now.

Tunji then took the audience on a journey through his career, starting out as an entrepreneur in the music industry, before making various moves into the technology industry and moving up the career ladder. However, it was not without its sideways moves and pay cuts.

To round off the Lecture, Tunji spoke about Cisco's BAME network and the questions he posed to senior management to enable them to see the benefits of a diverse workforce. In turn this has led Cisco to establish connections with over 40 organisations worldwide, be shortlisted for Race for Opportunity's Global Impact and Future Workforce awards, change policy, and an increase in the number of students that make it into their graduate engineering and sales programme.

In order to get more BAME students into STEM careers, Tunji established the Your Future, Your Ambition initiative. This has has grown to the point where 620 students have received mentoring, and the project has received support from large organisations such as Barclays, Deloitte, EDF, and BT. 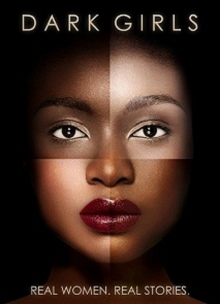 On the 15th October, Imperial as One hosted a film showing of Dark Girls.

This American documentary film talks about an issue that resonates worldwide. Dark Girls gives those women who have been judged not good enough or less attractive because their skin colour is darker than others a chance to share their stories and real life experiences.

Dark Girls also looks at the attitudes between both men and women when it comes to measuring beauty by the colour of their skin, as well as explaining how much of an issue this can be from a very young age.

It was a powerful showing which left the attendees much to think about.