Keith Barnham seems something of a reluctant revolutionary. Unassuming and polite to a fault; yet brimming with zeal for his chosen field of photovoltaic research and green technologies in general, whilst raging against misinformation spread by the fossil fuel and nuclear lobbies. At 71 he has finally gotten around to publishing his manifesto, titled The Burning Answer: A user's guide to the solar revolution (see panel, right). 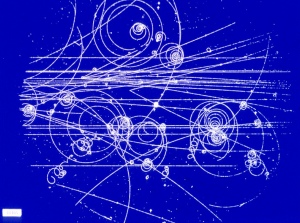 Keith's story does have the pull of destiny about it and he even recalls a Damascene moment of conversion back in 1979. He was working as a particle physicist in CERN Geneva, serving as spokesperson for a five-nation, 30-physicist collaboration. An even larger project was looming and the strain of being 800km from family in the UK was taking its toll. Heading to the CERN library for some solace, he stumbled upon a research paper that was to completely change his future direction. The paper attempts to set out a history of the world from 1979 to 2079 - dominated by struggles over energy resources and the environmental impact of fossil fuels.

“I was captivated, slumped to the library floor and drank in every word,” writes Keith.

What really caught Keith’s attention though was one of the paper’s proposed solutions to these woes: a solar / hydrogen system for energy generation and distribution.

“I decided there and then that I would switch my research career to solar photovoltaics, though it took a decade to complete the change,” Keith writes in the book.

Meeting with Keith in person, he recalls the great highs and lows of his subsequent journey. He established the Quantum Photovoltaics Group at Imperial in 1989, applying his deep knowledge of the behaviour of particles at the smallest of scales to improve the electrical efficiency of a third generation photovoltaic cells.

Essentially, photovoltaic cells convert energy from the Sun into electrical energy, but in doing so they inevitably loose some energy as thermal heat. Keith’s group developed a nanostructured cell that includes features called quantum wells that essentially bridge inefficiency gaps.

The technology formed the basis of Imperial spin-out company QuantaSol. The firm went on to set a world efficiency record for their 'single-junction' cells of 28.3% in 2009 – beating a mark that had previously stood for 20 years.

These solar cells are actually tiny, the size of a microchip, but use optics to 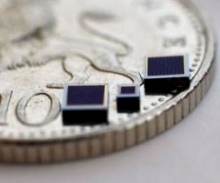 concentrate sunlight directing on the cell. They are far more efficient than standard silicon cells and have some particularly interesting applications such as the ability to be deployed in window blinds – but they are more expensive. Unfortunately that balance was tipped firmly in favour of silicon-based panels as the price of silicon cells dropped dramatically from around 2010 onwards.

“Our investors said that the goalposts had moved and that the technology was unlikely to take off quickly and so we were sold to the large American conglomerate JDSU.

“It was tragic; one of the toughest moments of my life. We had reached 40% efficiency in a three-junction cell and had a megawatt of orders in place. Sadly a lot of talented, young ex-students from Imperial who were working in the company lost their jobs.”

Four members of that team were taken on by JDSU and within a year they had showed the company how to use QuantaSol technology to manufacture 42.5% efficient cells – then a world record for commercial production. But JSDU ultimately dropped the technology and they too found themselves out of work. 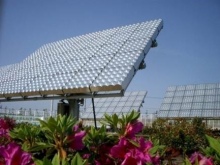 The price of silicon has fallen further and QuantaSol technology has yet to find an established market. If anything though, it may have been ahead of its time and Keith now believes it has great potential use in a technology system that could have a truly transformative impact on society – solar fuel. Such a system would capture carbon dioxide from the air then use sunlight and water to create fuels like hydrogen and methanol that could in turn be used in fuel cells to power electric vehicles – or indeed anything else, on demand. That would require several technologies integrated together including high efficiency photovoltaics (of the type QuantaSol pioneered) and carbon dioxide absorption membranes. That work is now progressing apace at Imperial with Professor Geoff Kelsall’s group in the Department of Chemical Engineering.

Perhaps Keith’s greatest frustration is the relative lack of government support for photovoltaics – especially when billions upon billions are poured into nuclear fusion research and the next generation of nuclear fission reactors.

He argues that solar technologies are simpler, cheaper and have a lower carbon footprint over their entire life cycle (which includes manufacture and disposal) than nuclear – and when combined with wind energy and biogas production can meet all of our energy demands, contrary to claims in some quarters about the 'lights going out' with an all-renewable mix.

What is sorely lacking, he says, is a national UK or even European photovoltaic research centre to gather experts from physics, materials and optics to smooth out the few remaining challenges and really take solar to the next level.

The struggle continues, but nothing worth fighting for ever came easy. In his book, Keith takes a truly holistic approach to charting the solar revolution, coming at the topic from every conceivable angle including the cosmological birth of stars, the quantum nature of light, the history of silicon-based technology, the politics surrounding the energy debate and future directions for humanity. It’s an incredibly lucid read – something Keith credits to his poet wife Claire Crowther “who checked each word at least 13 times”. Meanwhile his excellent use of analogies, describing electron orbits as an increasingly complex game of musical chairs (featuring a cameo appearance from Buzz Lightyear as a photon), is thanks to the influence of his four young grandchildren. Also, popular cultural references including the 1969 classic song Woodstock by Joni Mitchell betray his roots as an ‘ageing hippie’.