Imperial College claimed victory against the Medics last night, as the annual Varsity tournament came to a close.

It was fantastic to see the exceptional levels of energy, enthusiasm, and talent that from students from both sides brought to Varsity this year

After an exciting day of competitive sport, the Imperial College and Imperial Medicals Women’s rugby teams battled it out in the final Varsity showdown at Twickenham Stoop.

Despite a valiant performance from the Medics, Imperial College came out top – claiming victory with a final score of 15 – 12.

The win was the icing on the cake for Imperial College, who were also crowned overall Varsity champions – winning the majority of the 28 matches played over the course of the tournament. 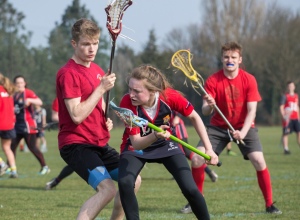 Imperial Medical's defeated Imperial College at Lacrosse, with a final score of 6-7

Teams competed across 11 different sports - earlier in the day Harlington played host to men and women’s hockey, while the teams competed in netball, football, rugby, basketball, tennis, squash, lacrosse and badminton at Heston, and Ethos Sports Centre was the setting for waterpolo. 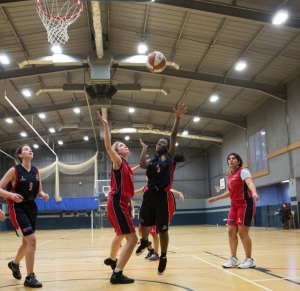 Tom Wheeler, Imperial College Union President, said: “It was fantastic to see the exceptional levels of energy, enthusiasm, and talent that from students from both sides brought to Varsity this year. Last night’s rugby match was a fitting end to the day, and I was delighted to see women’s rugby in the spotlight for this year’s showcase event. Congratulations to everyone who took part!”

Neil Mosley, Head of Sport Imperial, said: “13 years since it began, Varsity continues to be the most anticipated sporting event in the Imperial Calendar – and for good reason. This year has seen exceptional performances across a diverse range of sports – a testament to the dedication and competitive spirit of both teams”

Hightlights from the day