Researchers who analyse the chemistry of pharmaceuticals, to improve their effectiveness, and body fluids, to understand disease, have been honoured.

Professor Kazarian is the Royal Society of Chemistry Sir George Stokes Award winner for 2015, which recognises his outstanding, sustained contributions to spectrochemical analysis via the development of ATR-FTIR spectroscopic imaging. Professor Elaine Holmes is the Royal Society of Chemistry Interdisciplinary Award winner for 2015, an award presented each year for pioneering work at the interface between chemistry and other disciplines.

Professor Kazarian’s chemical imaging method has a wide range of applications including in forensic investigations where it can be used to analyse the traces left behind on a fingerprint to unearth clues such as the gender and diet of a perpetrator. Among other applications, Professor Kazarian’s technique is also useful in the pharmaceutical industry, where the distribution and chemical composition in tablets can be analysed as they dissolve to determine ways of improving the process, so that drug absorption in the body is quicker and more effective.

Professor Kazarian has published over 200 articles and reviews in leading scientific journals and presented his research in spectroscopic imaging at the Royal Society's 350th Anniversary Summer Science Exhibition in 2010.

He said: “I am utterly delighted that our work in ATR-FTIR spectroscopic imaging has been recognised by this Award. The team of talented students and postdocs in my group have contributed greatly over the years to the original developments of novel methods in chemical imaging and their applications in a very broad range of materials and dynamic systems. They deserve much credit as well as my many collaborators, who will be also proud that our research received such recognition.”

Professor Holmes’ work on metabolic phenotyping involves using analytical tools such as mass spectrometers to generate a chemical map of biological samples, each of which is made up of thousands of individual chemicals. 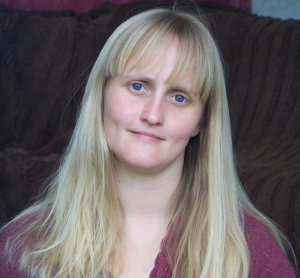 For each person, the patterns and ratios of these chemicals are unique. Changes in this fingerprint can reflect changes in health or simply changes in the local environment. These chemical fingerprints are complex and computer-based modelling is typically used to interpret the chemical information, and this has given rise to a new field of statistics.

Professor Holmes said: “It has been a privilege to work in such an exciting field of study and one that could make a real difference to patients’ lives. I feel very lucky to have a job that I love doing. The Royal Society of Chemistry award is indeed an honour and the recognition of the potential of metabolic phenotyping as a valuable field of research in its own right and highlights the value in the partnership between chemistry and medicine.”