Anne talks about the importance of safeguarding Imperial's heritage for the benefit of future generations of scientists and students.

Tell us a little about Imperial’s Archives

The Archives weren’t formally started until the 1930s under Rector Henry Thomas Tizard and gradually expanded from there, with the first Archivist appointed in the 1950s. When I took over the Archives in 1989, it was moribund and I spent the first 10 years tackling it on my own. Now we have three staff and handle Records Management and Freedom of Information too. 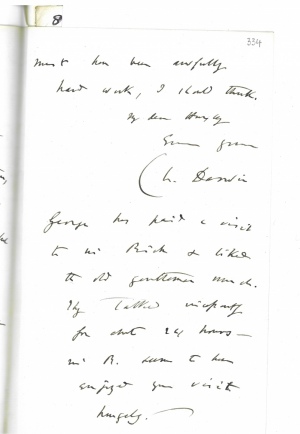 Imperial as an institution can be traced back to 1845 with the Royal College of Chemistry; in addition, we have the medical campuses and their history is far older still. We are lucky in the sense that we’ve always had staff stashing material away – that and the fact that people are genuinely interested in our heritage.

When you say you’ve been here for 32 years it sounds horrifying to younger people but there’s always been something new to do. It’s always changed as I’ve been here and continues to do so.

What sort of interesting material do we hold?

There are certainly a lot of manuscripts, drawings and letters from the 19th Century. Sir Henry Thomas De la Beche’s correspondence is very important as he was the driving force behind the founding of the Royal School of Mines and the Geological Survey of Great Britain.

The scientific world was much smaller then and the leading figures travelled extensively and corresponded with a huge range of people – including those from fields such as literature. We also have correspondence between T.H. Huxley and Charles Darwin concerning their work in evolution and public education. Darwin always started his letters with: ‘My Dearest Huxley’. You can really see the respect and affection.

We have also have objects such as old specimen slides and glass and paper mache models of animals and plants that can be used for teaching. Some of these were made by our technicians and academics down the years, while others are from interesting collections we have acquired. For example, we have some glass models of marine animals made by the Blashka family in Bohemia, which are exquisite and to this day cannot be matched for detail.

Anything from the modern era?

Certainly. I was lucky enough to visit CERN in Geneva, where Imperial academics such Professor Jim Virdee work, and through that we’ve acquired an object that was part of the ATLAS experiment. I’ve now agreed to lend it to the Chelsea Academy – the science academy associated with College – as part of a rolling programme of lending that will hopefully allow students to see and touch real science.

Why is it so important to hang onto archived material? 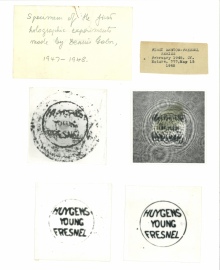 If you believe that future developments can spring from history, I think you need to keep going back to the archives. In many manuscript scientific papers there will be dead ends that can be reinterpreted with new applications and that’s why we retain them. For example, holography was invented and developed by Dennis Gabor at Imperial in the late 1940s (early specimens, left); but at the time there was no practical use for it. Now it’s widely, for example as a security feature on credit cards.

Penicillin is another example – Alexander Fleming knew he’d found something with great potential but he didn’t himself have the wherewithal to develop it. Some nine years later, Ernst Chain was in Oxford looking through some papers and subsequently elucidated the therapeutic action of penicillin, paving the way for its practical use as an antibacterial. These things tend to be collaborative and if they hadn’t been documented and archived in the first instance it might not have ever happened.

What next for the archives and yourself?

Things are changing with respect to the impact of big data on the archives. We have a number of digital systems for recording data whereas before we’d relied solely on card catalogues systems. 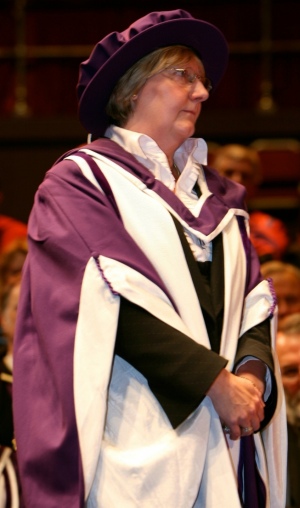 Anne received an Honorary Associateship of Imperial in 2008

A broader project I’m working is focussed on an organisation I helped to rescue called the Centre for Scientific Archives, which catalogues huge swathes of scientific papers. We’re trying to get some funding to scan them all and apply link data to make them a global system. Ultimately you’ll be able to go and see which scientists corresponded with each other down the ages, without visiting loads of different sites. We then hope to link that to the ISIS History of Science Bibliography so it’ll take in modern and past information and be a resource for the future.